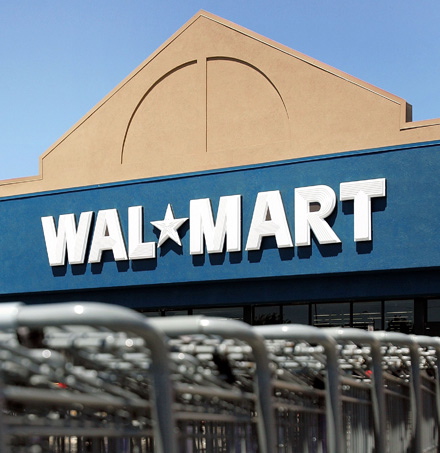 While everyone else is pinching pennies, Wal-Mart is doing just fine, thank you very much. The Financial Times reports:

Wal-Mart, the world’s largest retailer, beat expectations after its US discount stores accounted for about 50 per cent of all US retail growth during 2008 – while its full-year global sales passed $400bn for the first time, and profits hit $13.4bn.

Wal-Mart has also been able to make acquisitions, concluding a $2.6bn deal in January for a controlling share of D&S, the largest retailer in Chile. It is also continuing to invest in its stores, with a major remodelling programme, called “Project Impact”, now under way at its US stores, which it expects to significantly boost the sales per square foot of its more than 3,000 supercenters and discount stores.

The retailer also said on Tuesday that it will resume its share repurchase programme – which it suspended as the financial crisis broke – with about $5bn remaining under its current $15bn repurchase authorisation.

In the US, the total net sales at Wal-Mart USA rose 6 per cent on the last quarter to $71.5bn, although higher than expected expenses, including healthcare costs, led to its operating income growing slower than sales, up 2.2 per cent to $5.4bn.

Since nationalization is a hot issue right now, let me just state that we’d really be in trouble if the government decided to nationalize Wal-Mart. It is, after all, one of our only functioning cash cows.