As I scoured the Web for business news this morning, I found that this first informal week of summer is anything but hungover. News outlets are finally reporting interesting product trends beyond government bailouts and coupon-clipping websites. I’m talking miniature cows, bacon-flavored vodka, and (gulp) a wearable towel. I decided to assess the potential success of four of today’s trends. Let me know if you agree with my prognoses: 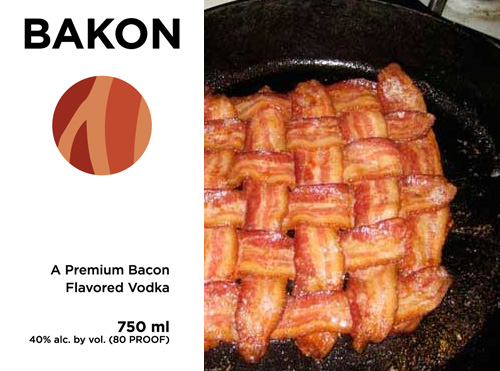 What it is: Black Rock Spirits’ Bakon Vodka is all the rage in Seattle. The bacon-flavored vodka goes well in bacon Bloody Marys and bacon chocolate martinis, according to NWCN.

Reasons it will succeed: A recession is the perfect time to introduce a new kind of liquor. The swine flu makes bacon vodka feel edgy. Most people like bacon, so the drink has a good chance of becoming a new favorite.

What it is: A towel with three arm openings. After drying off with it, you either wrap it into a tunic or a toga.

Reasons it will fail: Makes men look like Barney Rubble. Not recession-friendly (one towel costs $20). The Snuggie (wearable blanket) failed, too. 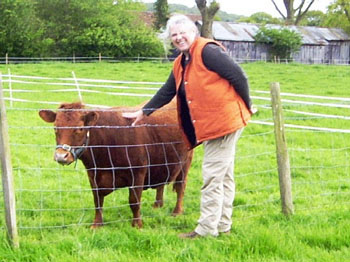 What it is: A pint-sized Hereford, Angus, or Jersey cow that eats half the food a normal cow consumes, but can produce up to 75% of the fillets (and almost as much milk), according to the Los Angeles Times. Minicows weigh about half as much as large cows.

Reasons it will succeed: Minicows play into a couple of trends, according to the Times. For one, they eat less, making them compatible with rising food prices. Secondly, group-operated ranchettes, or small ranches, have burgeoned in recent years. Minicows don’t need as much grazing room as large cows, making them ideal for ranchette owners. 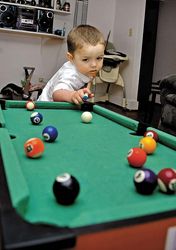 What it is: Keith Jr. is a 2-year-old pool prodigy. Featured in the national media, this toddler could probably kick your ass on the pool table. His parents(?) built a website, PoolProdigy.com, which features Keith playing pool. It also sells a couple of billiards products, proceeds of which go to Keith’s college fund.

Reasons it will succeed: Prodigy toddlers, as a category, hold universal appeal. A toddler who also happens to be a pool shark (or poker master, or crapshooter) has potential for some serious publicity. Bonus: Keith Jr. is learning counting and colors as he lemonades the adults around him.