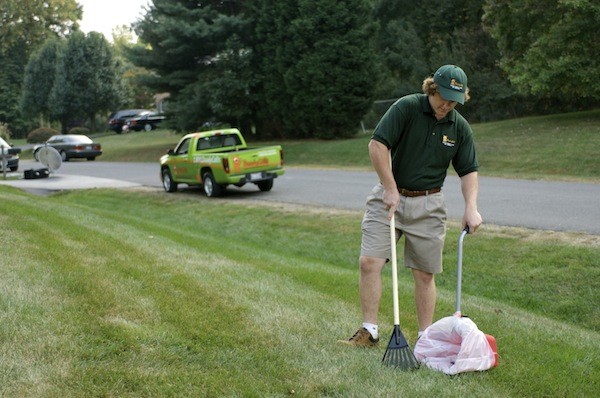 They’re cute, cuddly and comforting, so it’s little surprise that Americans own nearly 78 million pet dogs and almost 86 million pet cats. Such mind-boggling numbers have, of course, given rise to a hugely lucrative pet industry; in 2015 alone, for example, over $60 billion is projected to be spent on the country’s furry friends. In short, it’s a market ripe for aspiring entrepreneurs who want to make more than a buck or two – as the following ten businesspeople have done, in fact. Indeed, each of these company creators’ ideas – from devising innovative waste disposal methods to building luxury pet-only hotels – has made millions, just through tapping into the purchase power of a nation of animal lovers.

The idea for Roni and Ken Di Lullo’s highly successful company was actually first sparked by the couple’s border collie Midknight in 1997. Upon seeing Midknight struggling to catch a Frisbee in a San Jose park, the Di Lullos realized that their pet’s eyesight was being hampered by bright daylight – a situation rectified by a pair of hastily-adapted tinted sports goggles. Thus the idea of “Doggles” was born – and as word of Midknight’s new eyewear spread, the couple were flooded with requests from fellow dog owners wanting pairs for their own pooches. The couple eventually instructed a Taiwanese firm to manufacture 30,000 dog-friendly goggles in 2002, and a deal with PetSmart to sell them followed soon afterward. Today, Doggles are sold at thousands of outlets, and the company has expanded its product line to include toys and other accessories. Come 2012, meanwhile, Doggles’ revenue totaled an impressive $3 million. 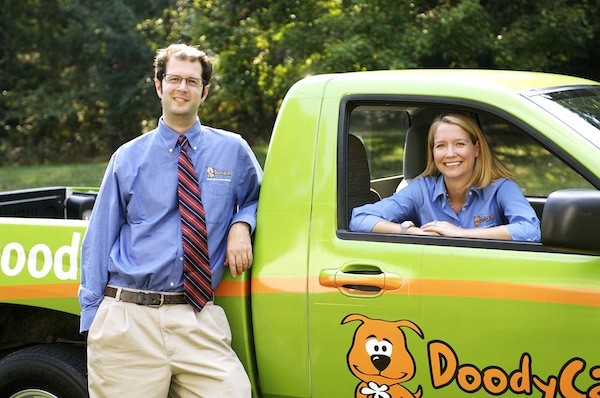 It may not be the most glamorous of enterprises, but pet waste removal has nevertheless proved big business since the turn of the millennium. One man to profit from the poop is Jacob D’Aniello, who co-founded DoodyCalls with wife Susan in suburban Washington DC in 2000. And a simple concept – namely, cleaning up after the nation’s four-legged friends at home or in public – and savvy franchise model has made DoodyCalls an undeniable success. Come 2006, in fact, the company had a presence in seven states across the U.S. and had already made its first $1 million in revenue, with this figure having grown to a remarkable $4.5 million in 2011. The Charlottesville, Virginia-based company now claims to handle in excess of ten million droppings every year and also offers cat owners a “Complete Kitty Litter Box Service.”

When two States-dwelling Brits had something of a rude awakening, it proved the spur for a venture that went on to make millions. In 2001 Chris and Natasha Ashton were landed with an astonishing $5,000 vet bill for their cat Bodey – and this experience, together with the fact that only a tiny fraction of pet-owning Americans at the time had health insurance on their animal friends, led the couple to their lucrative business plan. That said, it was a long road to even get started, as the Ashtons had to learn the pet insurance trade from scratch. Even when the couple set up Petplan in 2003, it wasn’t until three years later – when the company had both an underwriter and U.S.-wide licenses – that they could begin selling insurance to American animal lovers. Petplan has been a roaring success ever since, though, with its revenue as revealed in 2015 to be an incredible $69 million.

When realtors Alissa and Allan Cruz decided to open the first D Pet Hotel in 2008, luxury lodgings became no longer just the preserve of human beings. With the couple being regular travelers, the concept sprang from their own problems in finding suitable care for their dogs while they were away. And the resulting 14,000-square-foot dog hotel in Hollywood, California ought to suit even the most pampered pooch, containing as it does luxury suites, a fitness center and a high-end spa. A franchise model launched in 2012 has also, according to Alissa Cruz, helped D Pet Hotels become “a multi-million dollar business that offers exponential growth.” This growth includes expansion into New York City and Scottsdale, Arizona, and given that a night at one of the hotels can cost as much as $200, it’s perhaps little wonder that the business is doing so well.

It’s the most heartbreaking thing a pet owner goes through: seeing their animal put down. Vets like Andrew Bucher find it difficult, too, especially as some deaths could have been prevented through better healthcare. When describing this very problem in 2007 to financier Ivan Retzignac – husband to his wife’s friend – the pair had something of a lightbulb moment. And come June of the following year, Bucher and Retzignac had launched their web-based pet products retailer, MedicAnimal, with an initial investment of around $1.5 million. In 2011 turnover had reached $24 million, and the following year saw MedicAnimal receive an outside investment of $15 million and its turnover boosted to the tune of an astonishing $70 million. These days, the U.K.-based company sells everything from wellness food for dogs to pigeon parasite protection.

SEE ALSO:
How to Create an Effective Marketing Plan for a Small Business

When Marie Moody’s vet recommended a strict diet of vegetables and uncooked meat for ailing rescue dog Chewy, Moody started looking into – and subsequently making – homemade pet food from her New York City home. Chewy soon perked up thanks to the food – and Moody’s other pooch Stella seemed to enjoy it as well, giving their owner a sterling business idea. In 2003 Moody founded Stella & Chewy’s to market her special dog chow and was soon making deals with Big Apple retailers. Four years later she relocated the company to Muskego, Wisconsin, where a large distribution contract was secured. Stella & Chewy’s brought in $5 million worth of sales in 2009; moreover, revenue is projected to increase to $50 million in 2015, and more than 3,000 outlets now sell Stella & Chewy’s products across the U.S.

Married couple Derek Sasaki and Traci Torres decided to care for chickens in their back garden in 2004; unfortunately, it took a year of book research before they learned enough to do it properly. Still, rather than letting others go through the same long-winded process, the pair decided to put together a website in 2005 highlighting all the relevant information for no charge. The following year, MyPetChicken.com began selling chicken-related products and then, amazingly, actual chicks. Indeed, perhaps the Connecticut business’ unique selling point is that it allows its customers to buy as few as three hatchlings at a time. With the “chicken as pets” trend growing across America, MPC hit the $2 million sales mark in 2011, landing it a place on the following year’s Inc. 5000 list.

When Heidi Ganahl was just 27, her husband was killed in an airplane accident. After a series of failed ventures using the resulting insurance money, Ganahl combined the remaining $83,000 with her love of pets to establish a doggy day – and night – care center in Denver, Colorado. That was back in 2000; since then, Camp Bow Wow has utilized a hugely successful franchise model, with more than 200 of its centers now to be found across North America. In 2009, moreover, Camp Bow Wow was named one of the 500 swiftest growing private firms in the U.S. by Inc. magazine; and by 2013 the company had expanded by a further 45 percent. That year, it was also revealed that Camp Bow Wow’s revenue totaled a more than healthy $6.2 million.

The launch of PetRelocation in 2004 proved more of a sidestep in the pet services industry than a total leap into the unknown for Kevin and Angie O’Brien. This was because the $97,000 that the husband and wife needed to establish PetRelocation was earned via their canine daycare and “pet taxi” business. To say things have gone well for the animal transfer firm since then would be an understatement: a move to shiny new offices in Austin, Texas came in 2012, while the company’s revenue the following year exceeded $7 million. The year 2013 also saw PetRelocation break into the top 40 of Fortune’s Inner City 100 list, perhaps owing in part to the company’s seemingly effortless ability to transport anything from Afghanistan-bound U.S. Army canines to a shipment of poisonous frogs coming in from Switzerland.

It’s a problem experienced by cat-owning apartment dwellers everywhere: where to put the litter box. To save on space in her own too-small New York home, Rebecca Rescate devised what would become a highly profitable alternative to that more traditional tray: the CitiKitty. The product is stretched over a regular human toilet’s rim and filled with litter, so that cats are drawn to it and use it as if it were their litter box. The more the cat uses it, the smaller CitiKitty becomes, forcing cats to perch on the toilet seat until – finally – they are fully toilet trained. Rescate launched CitiKitty in 2005; a 2011 appearance on Shark Tank, meanwhile, saw the Fairless Hills, Pennsylvania-based business sell 1,900 units in just four hours. The CitiKitty went on to reach an impressive $5 million in sales by 2013.