Having a higher education usually means making a higher income, but these ten deal snatchers have made an art form of pilfering available resources. Read and learn, but don’t repeat these mistakes unless you have foolproof alibis in place:

The financial aid office used to be a safe haven for students in need of fair funding for their education. Not anymore. USA Today last year reported that seven universities admitted to slinging under-the-radar sweetheart deals with lenders who, in exchange for being put on financial aid “preferred” lists, gifted financial aid officers perks like trips. College aid directors received stock benefits.

…seven universities have admitted that they had little-known financial deals with top lenders, in which the lenders returned millions to the schools based on loan volume the schools referred. Six schools have agreed to refund a total of $3.27 million — hundreds of dollars apiece — to students who used these lenders.

Some college call centers — where students were directed for loan advice — were actually staffed by loan company workers. Sometimes, they falsely identified themselves as part of the university financial aid office.

Top financial aid officials at [several universities] held valuable stocks in the parent company of a lender that each of the universities recommended on its “preferred lenders” list. About 90% of students look no further when seeking a federally guaranteed student loan.

I scratch your back, you scratch mine. The student, meanwhile, gets a scrap deal. 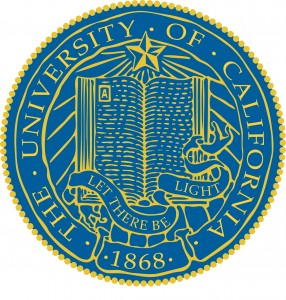 I attended a University of California campus. While I was there, the UC regents were consistently regarded with some disdain. A 2006 Oakland Tribune article highlights why:

UC’s compensation policies have been under fire since newspaper reports detailed large spending on bonuses, allowances, sabbatical agreements and other perks, much of it granted without approval by regents.

(Media reports say) that UC spent thousands on home and office improvements, including $131,703 to renovate UC Berkeley Chancellor Robert Birgeneau’s office and $600,000 in…improvements at the on-campus residence of UC Santa Cruz Chancellor Denice Denton, including $30,000 for an enclosure for her two dogs.

Additional news reports that former Provost M.R.C. Greenwood would retain her $301,836 sabbatical payment even after a UC investigation determined she had violated conflict-of-interest policies when she hired a business partner to an administrative post.

A year later, UC said that in response to the misallocation of money, they were administering disciplining the parties at fault. There was questionable effort to add more transparency to the system.

These folks should run for office.

Heather Bresch, a Mylan Inc. executive and daughter of the governor of West Virginia, completed less than half the credits she needed to earn her WVU MBA. Yet she still received the diploma. The Pittsburgh Post-Gazette reports how it worked:

An independent panel concluded in April that WVU falsified Ms. Bresch’s transcript by adding courses she did not register for, pay for or complete. Grades assigned to those classes were “pulled from thin air,” the panel stated.

Mylan, a generic drug maker based in Cecil, cited the M.B.A. degree as one of Ms. Bresch’s credentials when it promoted her to chief operating officer in October. Mylan Chairman Milan Puskar is WVU’s biggest benefactor. The company has since removed the degree from her resume on its Web site. 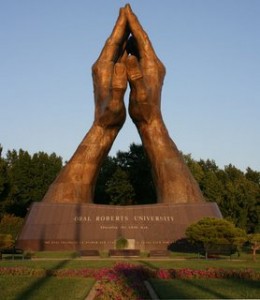 Twenty years ago, televangelist Oral Roberts said he was reading a spy novel when God appeared to him and told him to raise $8 million for Roberts’ university, or else he would be “called home.”

Now, his son, Oral Roberts University President Richard Roberts…is accused of illegal involvement in a local political campaign and lavish spending at donors’ expense, including numerous home remodeling projects, use of the university jet for his daughter’s senior trip to the Bahamas, and a red Mercedes convertible and a Lexus SUV for his wife, Lindsay.

She is accused of dropping tens of thousands of dollars on clothes, awarding non-academic scholarships to friends of her children and sending scores of text messages on university-issued cellphones to people described in the lawsuit as “underage males.”

Since the suit was filed, Richard Roberts claims expenditures have been undergoing a thorough review process. Both sides claim God was involved, but in very different ways. 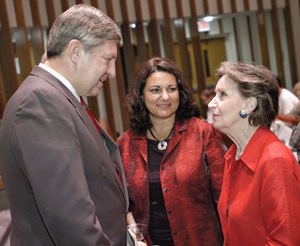 Another big spender meets another private university—and gets busted by the new rules of the Sarbanes-Oxley era. From the Washington Post (2005):

The American board suspended (Presdient) Benjamin Ladner in August after an anonymous letter raised questions about his personal and travel expenses. He has denied wrongdoing and insists he operated within the parameters of his contract. An independent report, commissioned by the board of trustees and disputed by Ladner, has questioned more than a half-million dollars in spending — including for his personal chef, a chauffeur and an engagement party for his son.

After an investigation, Ladner resigned, with a golden parachute to the tune of $3.75 million. That personal chef may not have to go, after all.

The list, which has not been made public by the government, was compiled during an eight-month federal investigation in Washington state into an international diploma operation that was run from 1999 through 2005. It sold more than $6 million worth of phony high school diplomas and undergraduate and graduate degrees to people in more than 130 countries.

I can see getting away with a fake GED or BA, but a phony PhD? Sounds like more work proving yourself than it’s worth. 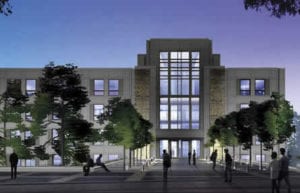 In (Duke’s Fuqua School of Business’s) biggest cheating scandal ever, 34 students have been punished, most for working in groups on a take-home exam that was supposed to be done individually.

A survey released in September found that 56 percent of MBA students acknowledged cheating, compared with 47 percent of graduate students in other fields.

These students share the ethics of previously mentioned university presidents and regents. Could they be the next wave? 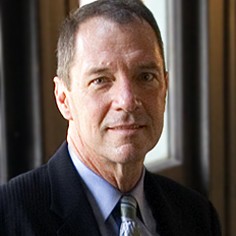 Mark Wessel, former dean of the H. John Heinz III School of Public Policy and Management, resigned from his post after the university learned about the school’s approval of a master’s degree for a student who had more than the prescribed amount of independent study and transfer credits in place of regular coursework.

Wessel remains at Carnegie Mellon, but without tenure.

2. The University of Miami Ponzi Scheme 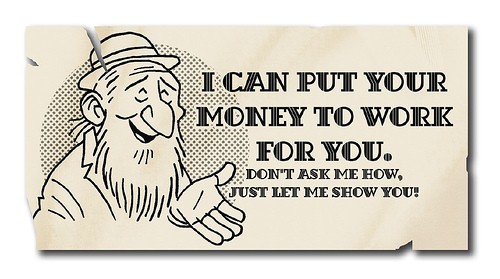 University of Miami business school grad Andres Pimstein decided that the ideal venue to host his Ponzi scheme, which made millions of dollar, would be his alma mater. From CNN:

Pimstein presented detailed flow charts and fake invoices to would-be participants, telling them his firm would be selling perfumes and electronics to Ripley, a large department-store chain in Chile and Peru.

“In reality, Pimstein and the Bottom Line had no business relationship with Ripley…”

“Pimstein was able to convince a couple people there to use their computers to control the bank accounts that he laundered the money through,” (one source) said.

People across the country lost an estimated $30 million in the scheme, which collapsed this year.

Lesson to con men: Never use a university as your Ponzi scheme venue.

Greg Schiano, football coach at Rutgers U., had one of the most lucrative coaching contracts in the nation ($2 million) when he signed an under-the-radar $250,000 agreement with Rutgers’ marketing agent to pay him for “personal services.” From The Star-Ledger:

The money was deducted from sponsorship revenues collected on the university’s behalf by the marketing firm, but the amount was guaranteed by Rutgers. It was listed as a payment for “personal services” and was made to a limited liability corporation established by Schiano.

The university also gave Schiano an $800,000 interest-free loan to buy a home, which is being forgiven at a rate of $100,000 a year as long as he remains employed by Rutgers. It gave Schiano unlimited use of jet and helicopter services for university business.

Rutgers athletic director Robert Mulcahy said…”Look, I think I’m doing the right thing, as many other schools in the country do, by trying to find additional money to cover part of his salary.”

Rutgers wants to be a football powerhouse, so it says its behavior is excusable. This case makes me wonder why people even bother getting their MBAs, when they could have lucrative careers as football coaches instead.