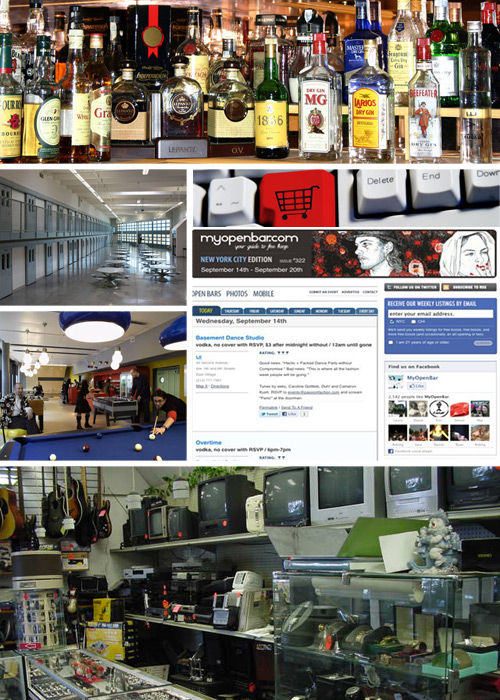 While most of us are still trying to move past Ramen noodles and dry cereal, there are plenty of businesses that have continued to live large in the face of a less-than-fruitful economy. The 10 businesses on our list have withstood the test of time and taxes, and are making serious profits in several unique industries. From internet giant Google to liquor stores and pawn shops, it’s encouraging to know that there’s still money to be made out there – Just not so much in real estate and motor vehicles. 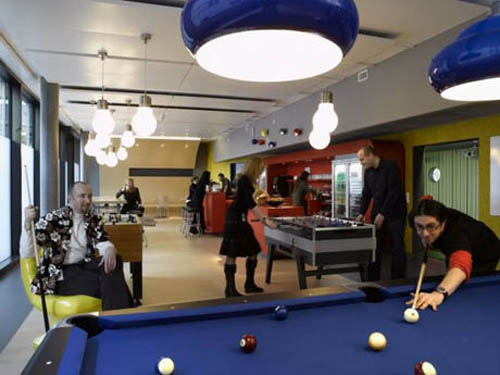 
Where would we be without the ability to instantly get the answer to “How to poach a chicken” or “Define cyborg,” and automatically see the most popular and/or reliable response? Google has become a necessity in the lives of most everyone these days, and with good reason. The vast innovations in cloud computing and page ranking technology made it almost instantly favorable over one-time search engine darling, Yahoo! And Google is not just a name or a brand – it’s a word that, because of their huge focus on the user experience , has become a commonly used verb (ie: “Hey, when is Daylight Savings?” “I don’t know, dude. Just Google it.”). Clocking in at $37.905 billion in revenue (and growing), Google Inc. didn’t start making money right away: It wasn’t until after they began auctioning ads that the big bucks started rolling in. But now that everyone and their mother wants an ad for their indie boutique to appear when you search for “super cute clothes,” combined with Google’s ever-growing arsenal of new products, they’ll be the pocket to pick for quite some time. 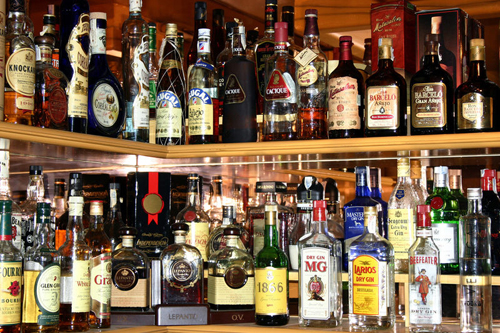 When times are tough, people tend to take to the bottle. Booze can warm your insides, provide false confidence and wash the pain of a bad day away (even if only to bring on intense brain pain the following morning). So it’s no surprise that the next two alcohol-related businesses on our list are still making money. Let’s look at liquor stores : An always-popular destination for friends and families during the holidays (The meaning of Christmas is Bloody Marys before noon, right?), liquor stores have thrived from being a home for liquid comfort/courage in the midst of tough times. And according to one store owner, he figures that “Because of the questions in the economy … [people aren’t] going out as much. But they are entertaining at home, so consequently a lot of the sales that maybe would go to a bar or restaurant is actually coming [to liquor stores].”And it’s true! While somewhat anti-social, there’s really nothing better than pizza, PJS and a big ol’ bottle of Pinot to ease the mind. 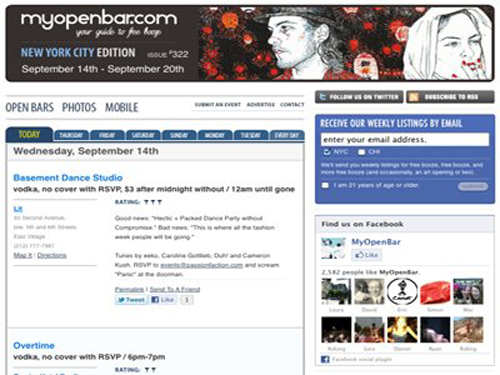 Except for maybe bottomless mimosas. Cheap bottomless mimosas. Or free Drambuie? Myopenbar.com is a website that points trendy poor people in the direction of cheap and/or free drink specials all over NYC. To date, they have more than 30,000 subscribers, but they’ve been trying to help folks find all-you-can-drink dives since 2005. It wasn’t until the recent recession that bars, restaurants and clubs started fighting for event listings on their site, as a recent study by the Nielsen Company claimed that people aren’t poppin’ bottles in public as much as they used to. Seva Granik, one of the company’s co-founders, told the New York Times in an email that “the bad economy is doing nothing but helping us. We’re probably the only company we know of that’s doing very well because of the downturn.” Cheers to that! Now where exactly can we get some cheap champagne? 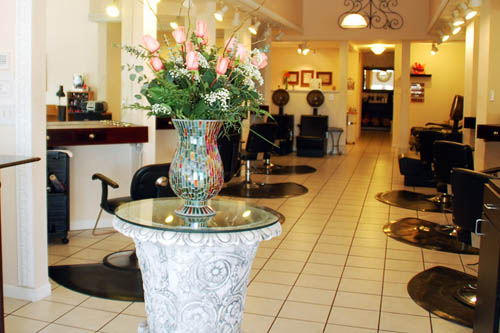 But if you’re going to go out, get sloppy, and end up puking in a bathroom stall, you should at least make sure that your hair looks good when it’s being held back by a handsome stranger or equally drunk friend. Which brings us to another thriving businesses on our list: haircuts. ‘Cause if you can’t be rich, at least you can look rich, right? The Census Bureau recently reported that hairdressers, barber shops and salons are sprouting up all over the country at an increased rate of between 8-18% in certain areas. One of the reasons why haircutting ventures have continued to succeed is because “women may slow down with how often they get their hair done, but they’ll always get it done,” says one stylist. Another salon owner noted “it’s not like other industries where you’re trying to find customers. The customers are trying to find you.” 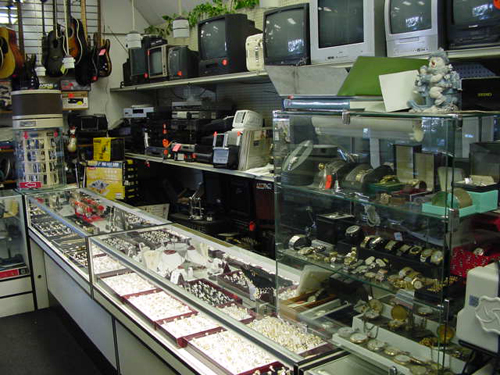 This is also the case when it comes to Pawn Shops, where people often shop around their used wares in an effort to make ends meet. Remember that ugly, gold antique broach your Great Aunt Linda gave you? Utilities are covered this month. The fully functioning weed-whacker that’s been collecting dust in your garage? That will totally sell for a week’s worth of groceries. According to a report “After the 2008 recession hit in the U.S. and Britain, gold dealers [especially] saw a boom in their industry, and the current financial turmoil in Greece has created a growing market for pawn shops.” Additionally, most people prefer cash to store credit when it comes to digging crap out of their closet, so income has remained steady. Spring cleaning Pawn Shop trip, anyone? 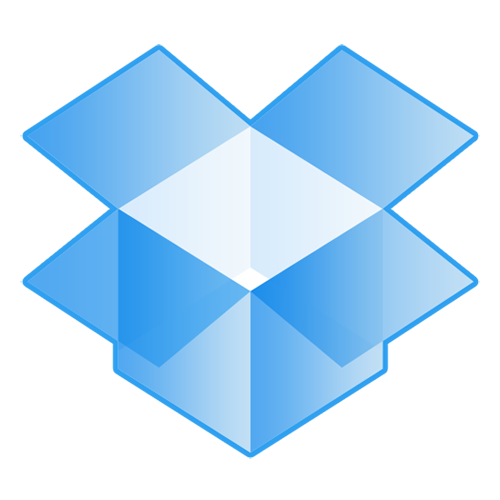 
Of course, Google isn’t the only tech business staying afloat in a drab economic period (Obviously. The internet is what’s up). Dropbox, the cloud backup and virtual storage sharing space, has had success from housing a unique amount and style of mind share. As of last year, Dropbox had amounted more than 100 billion files and remained the clear front-runner in its industry. In a single year, they went from 5 million users to over 25 million users, each with at least 2 GB free space, by default. One article notes that “once you’ve installed it, you’re pretty much hooked, all you need to have a file uploaded and backed up on the web is to copy it in the Dropbox folder.” So just let us know when your best-seller is stored up in the cloud and we’ll be sure to give you our humble opinion. 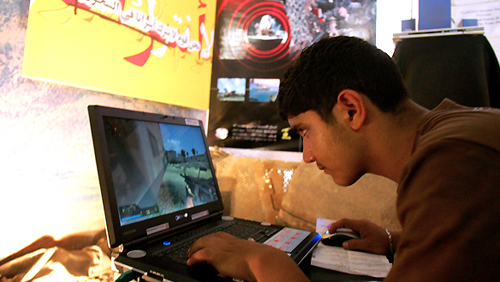 
Pew pew pew! Cha-CHING! Cha-CHING! Cha-CHING! That’s the sound of video games pulling in almost $40 million in 2010. The video game industry also makes an appearance on our list, with 6.2% growth between 2000-2010, and 8.3% forecasted growth between 2010-2016. Which proves that booze isn’t the only kind of entertainment people crave in a recession. Everything from consoles to controls to the games themselves are bringing in the big bucks. For the small price of one month’s cable bill, pretty much anybody can supply themselves with almost endless entertainment. And then there’s the … Oh. Wait what? Can you pass the Cheetos? I’m like, SO close to beating this level. 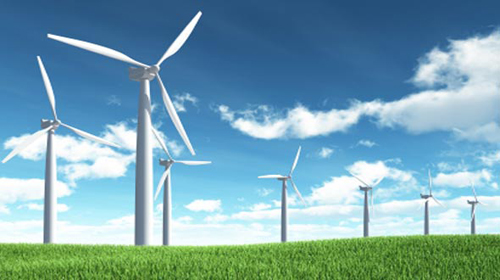 
Believe it or not, despite the green issue no longer being a political issue (or so it seems as we find ourselves on the horizon of another election), people are still interested in investing in the well-being of Mother Earth. It’s not just Al Gore who sees the importance of solar panels and monstrous windmills anymore. Wind power and solar power top the list of environmental moneymakers, bringing in almost $4 million and $69 million, respectively. This puts the industry right alongside technology in the realm of growth, which is really good to know, considering how not winter-like this winter has been. 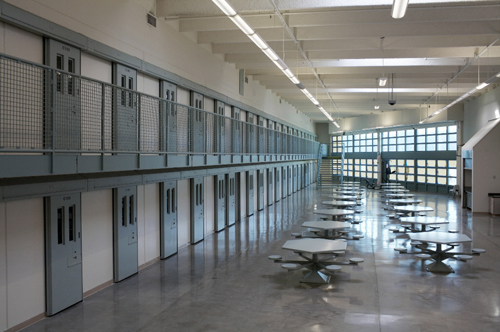 
Try not to drop the soap when we reveal this next industry. Correctional facilities are now considered a lucrative industry, due in part to a growing population. More people equals more crime and more crime equals a need for more prison guards to make sure those criminals stay locked inside those over-crowded prison cells. And you know those phone calls that are “monitored and recorded for quality assurance?” Inmates. A lot of those customer service reps you have to have to fight tooth and nail to read you the directions you already read, are prisoners being paid to maintain a seemingly harmless job. 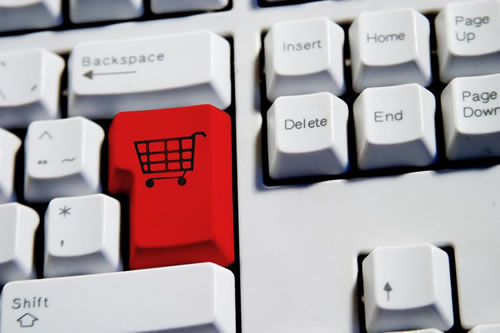 
Rounding out our lucrative list are e-commerce sites and online auctions, where people engage on bidding ridiculous amounts of money on fake Van Halen t-shirts and dusty moo-moos from the 50s. Of course there are real gems on sites like Ebay, they’re just a little harder to validate. And you can’t deny that the excitement of winning that autographed Backstreet Boys CD (BRIAN 4EVR!) isn’t, well, exciting. It seems as if the element of suspense pushes people to spend more than they usually would, typically at the last minute. Some people even buy old-timey cars on Ebay – but those kinds of people probably aren’t worried about anxious over-bidding to begin with. And to those people we say thank you. Thank you for giving stay-at-home Mom’s something to do, other than clipping coupons.