Some men are lucky enough to have it all: Success, looks, status, and money. Other men are just plain hot. We found the creme de la creme of hot businessmen to make up this list. Although not everyone is well known, each man is successful in both the business and looks departments. See which one of these studly biz hunks lights your fire. 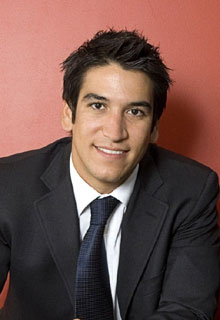 Call him Michael Lan-yummy. 27-year-old Michael Lahyani is the CEO of Swiss Media Group, now co-owned by Rupert Murdoch. He runs several magazines, including the equestrian magazine Equestrio, as well as a property site called propertyfinder.ae, one of the biggest in the United Arab Emirates.