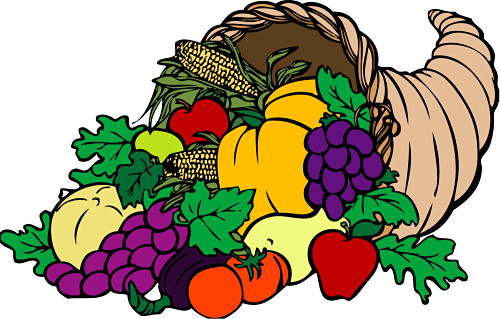 It’s that time of year again. To celebrate the feedfest–and unofficial holiday season kickoff–that is Thanksgiving, we’ve compiled a list of 25 Thanksgiving quotes. Take them to the table with you this year:

1. “Got no checkbooks, got no banks. Still I’d like to express my thanks.” –Irving Berlin

2. “There is no sincerer love than the love of food.” –George Bernard Shaw

4. “I love Thanksgiving turkey … it’s the only time in Los Angeles that you see natural breasts.” –Arnold Schwarzenegger

6. “Gratitude consists of being more aware of what you have, than what you don’t.” –-Unknown

7. “We often take for granted the very things that most deserve our gratitude.” –Cynthia Ozick

8. “I celebrated Thanksgiving in an old-fashioned way. I invited everyone in my neighborhood to my house, we had an enormous feast, and then I killed them and took their land.” –Jon Stewart

9. “If you count all your assets, you always show a profit.” –Robert Quillen

11. “What we’re really talking about is a wonderful day set aside on the fourth Thursday of November when no one diets. I mean, why else would they call it Thanksgiving?” –Erma Bombeck

12. “Thanksgiving is so called because we are all so thankful that it only comes once a year.” –P. J. O’Rourke

13. “You know that just before that first Thanksgiving dinner there was one wise, old Native American woman saying, “Don’t feed them. If you feed them, they’ll never leave.” –Dylan Brody

14. “It wasn’t easy telling my family
that I’m gay. I made my carefully worded announcement at Thanksgiving. It was very Norman Rockwell. I said, “Mom, would you please pass the gravy to a homosexual?” She passed it to my father. A terrible scene followed.” –Bob Smith

15. “Thanksgiving, when the Indians said, “Well, this has been fun, but we know you have a long voyage back to England”. –Jay Leno

16. “Thanksgiving is the day when you turn to another family member and say, “How long has Mom been drinking like this?” My Mom, after six Bloody Marys looks at the turkey and goes, “Here, kitty, kitty.” –David Letterman

17. “You can tell you ate too much for Thanksgiving when you have to let your bathrobe out.” –Jay Leno

18. “Thanksgiving is an emotional time. People travel thousands of miles to be with people they only see once a year. And then discover once a year is way too often.” –Johnny Carson

19. May your stuffing be tasty
May your turkey plump,
May your potatoes and gravy
have nary a lump.
May your yams be delicious
and your pies take the prize,
and may your Thanksgiving dinner
stay off your thighs!
–Unknown

20. “Gratitude makes sense of our past, brings peace for today, and creates a vision for tomorrow.”
—Melody Beattie

21. “Turkey: A large bird whose flesh, when eaten on certain religious anniversaries
has the peculiar property of attesting piety and gratitude.” – Ambrose Bierce

22. “Gratitude is a quality similar to electricity: it must be produced and discharged and used up in order to exist at all.” –William Faulkner

23. “An optimist is a person who starts a new diet on Thanksgiving Day.” Irv Kupcine

24. “Thanksgiving was never meant to be shut up in a single day.” –Robert Caspar Lintner

25. “Thanksgiving like contentment is a learned attribute. The person who hasn’t learned to be content…lives with the delusion he deserves more or something better.” –Robert Flatt