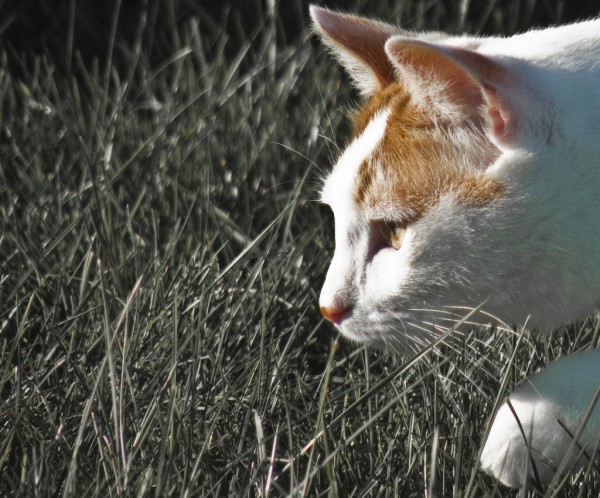 You may not look at your local airline ticket agent, hospital employee, or scammer who pretends Alka Seltzer is acid again. Alright, ixnay on the latter, but the point is that everyday people can be sneaky criminals. Here are five real-life stories of how they’ve done it.

Airlines may be tacking on surprise fees, but that doesn’t stop most people from traveling. So former ticket agent, Michelle Johnson, based in San Jose, got it into her head to steal passengers’ credit card info.

She stole nearly half a million (over $480,000) spread around 350 cards between 2007 and 2010. She is being held on charges of grand theft, identity theft and possession of stolen property on $1 million bail. She was slick about it. Investigators never found any skimming equipment when they searched her airport station.

What did she do with her loot? She almost uniformly would buy gift cards from stores like Safeway in California, Nevada and Washington. She would then use the gift cards to buy herself stuff from electronics stores, mostly. Some of the stuff she kept, the rest of the stuff she bought, she turned around on eBay. Not the most glamorous of crimes, but it was frighteningly effective for some time.

This heist was no Ocean’s Eleven, even if the criminals looked the part in Rolexes and expensive suits. The group numbered nearly twenty people. At the core was a trio, Antonio Lawrence, Gregory Zimmerman and ringleader Brian Maier.

From 2001 to 2007, the thieves targeted offices where petty cash would be on hand, or credit cards and account information could be had. This included the offices of lawyers, dentists, accountants, doctors and insurance agents, and they often snuck in after the end of business on Friday to do their dastardly work, cashing stolen checks over the weekend and slipping away before the offices in question got wise.

In Oregon, they targeted offices in Portland and towns in the Portland Metro Area like Tualatin, Tigard and Beaverton, but the Pacific Northwest wasn’t their only victim. Hawaii, Indiana and lots of places in between also fell prey.

What did these swaggering, well-dressed gents do with their over $688,000? Suits, pearls, guns and ammo, a computer, sports memorabilia, autographed sports gear, a flat screen TV and collectors’ stamps.

Reverse Theft in the UK

When most people think about their bank account information falling into the hands of criminals, they envision losing all their wordly monetary assets, coupled with irreparable damage to their credit. But what happens when a hacker actually puts money into your account?

That happened to a woman living in Darlington, UK (county Durham, northeast England). Amanda Fothergill got an unexpected call from a strange fellow who claimed that he had deposited £17,200 (roughly $29,000 USD). Understandably shocked, she took a look, and there it was.

In a bizarre twist mirroring the Nigerian 419 cash advance scam, the man called back roughly once a day for a while thereafter, trying to get her to transfer £14,000 to another account.

Needless to say, she alerted her bank and had her accounts frozen. She also told the man that the police were monitoring her line. He never called again, but neither did he try and get the money back.

Abbey Bank then decided that she was not actually a victim of potential fraud, but the instigator, so they closed her accounts. Irritating at best, detrimental at worst. But then they realized “they had made a mistake” in closing her accounts. We wonder, did the bank let her keep the £17,200?

Lots of people forget common sense when confronted with a smooth, friendly and otherwise unassuming individual. Anthony Miller is such a guy. In Florida, he confronted a woman who was wearing a lavish $200,000 ring on her hand.

We aren’t sure how she fell for this, but when he plopped an antacid tablet into a glass of water and told her that it was acid, she was quick to give up the gold. He was later arrested and fitted with a GPS anklet, but he escaped by cutting off the anklet and gave cops the slip.

Later, in Michigan, he conned his way into an elderly woman’s house, posing as a utility worker. Utilizing the same antacid-as-acid ploy that he used in Florida, he proceeded to make off with the lady’s entire jewelry collection, spanning her 60-year marriage.

It’s this sort of blind trust that men like Miller take advantage of. People see what they want to see and believe what they want to believe. Even so, practicing a little diligence by not openly trusting people you don’t know goes a long way.

This pair, based out of Denver, is guilty of identity theft, forgery, possession of instruments of forgery and, at least in hospital employee Dawn Philbin’s case, suspicion of identity theft. Along with friend Paul Simmons, Philbin singled out the records of certain patients – typically white males, and took down driver’s license numbers and hospital admission information (address, phone numbers, etc).

All told, 150 patients at the very least, were targeted, all emergency room entrants. Of course the hospital fired her when the thefts came to light, but prior to this, Simmons defaulted on his payments to a storage unit business, and when the contents of his garage were auctioned off, the records were discovered. D’oh!

Stealing from businesses or average citizens who don’t keep their info safe on Amazon or whatever is one thing, but stealing from people enduring the trauma and unease brought on by a visit to the ER is nothing short of cannabilistic.