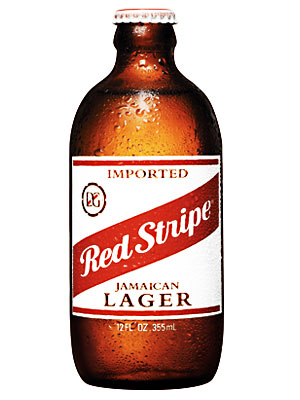 President Obama is hosting a beer get-together today to patch up the situation between himself, Prof. Henry Louis Gates, Jr., and Sgt. James Crowley, who arrested Gates on July 16. AB-InBev, Red Stripe, and Coors are taking starring roles in the meeting. The Washington Post has more:

…(T)he president, planning to crack a Bud Light at the meeting wtih Gates and police Sgt. James Crowley, is paying special attention to the taste buds of his White House guests.

“As I understand it — I have not heard this, I’ve read this, so I’ll just repeat what I’ve read,” Gibbs said, sounding very much like the president himself when he was asked to comment on the Gates arrest at a prime-time news conference last week, “that Prof. Gates said he liked Red Stripe, and I believe Sgt. Crowley mentioned to the president that he liked Blue Moon.”

As for Bud Light, the owners live in Belgium these days, but the president was drinking one of their products at the All-Star game where he tossed out the opening pitch recently in St. Louis, home of Bud.

Is there any psychoanalysis behind the trio’s choice of beer? Some spectators seem to think so. The only conclusion I can draw is that Obama seems to have the worst taste in beer:

Bud Light
People are saying Jesse Jackson’s son owns a distributorship in Chicago, so Obama’s choice is political. I think he just wants to watch his figure. Bud Light is the perfect drink for a moderate: It doesn’t have as many calories as regular beer, but it still counts as beer.

Red Stripe
One of Jamaica’s most famous exports, Red Stripe lager is produced by Desnoes and Geddes Limited, a prominent Jamaican beverage company that, until it was bought out in the 1990s, also produced soft drinks and local versions of Guinness and Heineken. Red Stripe is now owned by Diageo Holdings, which also owns Guinness, Captain Morgan, Smirnoff, Johnie Walker, and other famous brands. It’s an exotic brand run by a very Western company, but it tastes a heck of a lot better than Bud Light.

Blue Moon
Coors doesn’t want to admit ownership http://en.wikipedia.org/wiki/Blue_Moon_(beer) of its boutique Belgian-style wheat ale, fearing that conoisseurs would slam the beer for its association with the megabrewer. So Blue Moon, which is “brewed by the Blue Moon Brewing Company,” remains an incognito corporate creation. Like Red Stripe, Blue Moon is marketed to stand on its own as a quality beer. I’d prefer a real craft beer, but it still beats Bud Light.

I wonder if Bud will launch an ad campaign featuring Obama as their token drinker. Would it be worth alienating conservatives over?