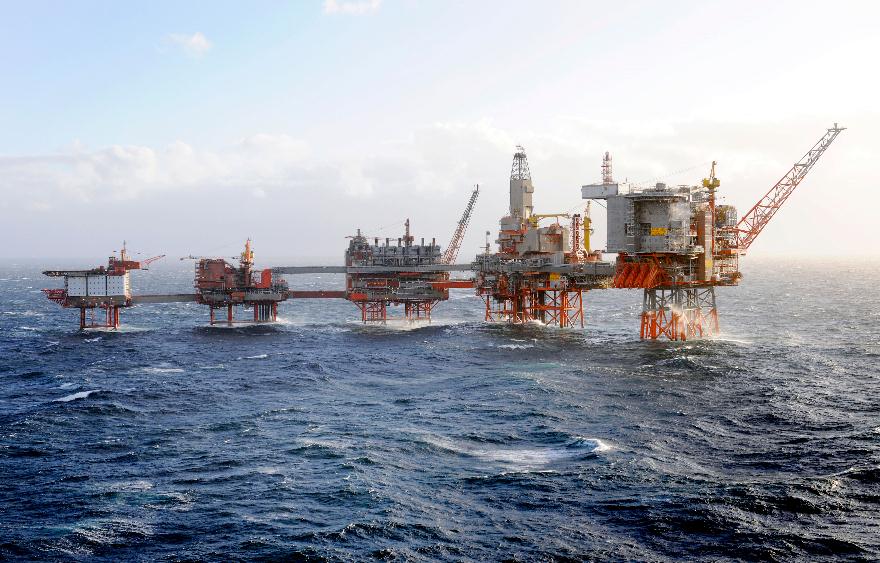 Violent weather in the North Sea has left one worker dead and prompted an evacuation after a barge broke loose in the storm.

Statoil, a Norwegian company, and China Oilfield Services Limited, issued a statement saying they had learned “with great sadness” that one person had died and two were injured after a wave broke over one of its oil rigs.

The rig, called the COSL Innovator, is under contract to Statoil at the Troll field in the North Sea, west of Bergen, a city on Norway’s southwestern coast.

Injured workers were rushed to shore by helicopter.

The barge that broke loose had drifted passed BP’s Valhall oil field. The barge was unmanned and out of control early Thursday.

BP says it employs 235 people in the Valhall oil field in the southern Norwegian North Sea, 210 miles southwest of the Norwegian city of Stavanger. The oil field has eight platforms.

Four helicopters worked throughout the night to evacuate employees in the Valhall oil field.

The barge is 360 feet long and it became unattached in rough weather while being towed by a tugboat.

ConocoPhillips is watching the barge as it drifts North. The company operates an oil field to the north of Valhall, and has already evacuated 145 people from the Eldfisk Center.

Production from the Eldfish and Embla oil fields has been shut down, ConocoPhillips said.