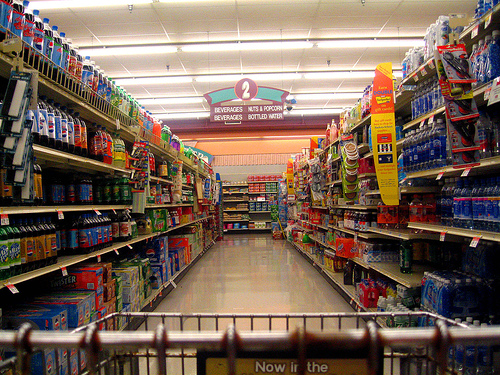 The federal government is ramping up the food stamp program by $20 billion. Now known as the Supplemental Nutrition Assistance Program, the expansion amounts to about 13 percent. This increased spending is hoped to stimulate the economy, but who will it really benefit?

Economists say that every dollar spent on food will create a ‘multiplier effect’ resulting in $1.50 to $2 in stimulus. Experts, including Mark Zandi, chief economist with Moody’s Economy.com, agree that while it is difficult to measure the effectiveness of the plan, the food stamp increase is a good way to nudge the economy.

I’m no expert. But it doesn’t make a whole lot of sense to me.

On the other hand, maybe given more money to spend on food, people will actually eat more, and the whole scenario will play out as the economists predict. Either way we’ll probably be fatter. Then we can spend our money on healthcare. And that’ll create jobs too.