Private equity group Cerberus Capital Management announced on Tuesday, December 18, 2012 plans to sell off its 95 percent of holdings in Freedom Group International, makers of Bushmaster rifles. As the largest firearms company within the U.S., Cerberus has operated for over 194 years. During 2006, the organization established the Freedom Group upon acquiring Bushmaster, Remington, and other gun makers. In the days since, Cerberus has retained over 95% of the Group’s holdings and has grown to become one of the largest suppliers of firearms and ammunition in the U.S. During 2011, the Freedom Group saw sales upwards of 1.1 million firearms and 2 billion rounds of ammunition by selling to dealers and distributors, not directly to consumers. Cerberus has supplied law enforcement, the military, hunters, gun enthusiasts, and retailers with rifles and shot guns for many years and its announcement to sell off the Freedom Group has only furthered questions regarding politics, the stock market, gun control, and amendment rights. 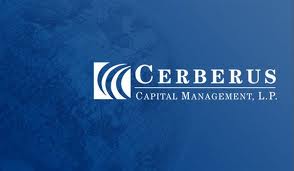 Cerberus cited reasons like the expired 2004 Assault Weapons Ban, the national debate regarding gun control, and the “tragic and devastating watershed event” of the horrific Sandy Hook tragedy in Newtown, Connecticut, on Friday, December 14, 2012 in support of the planned sale. In the official statement, the firm offered: “It is apparent that the Sandy Hook tragedy was a watershed event that has raised the national debate on gun control to an unprecedented level… We are investors, not statesmen or policy makers…It is not our role to take positions, or attempt to shape or influence the gun control policy debate. That is the job of our federal and state legislators.” The company also assured investors will receive all funds resulting from the sale of the Freedom Group despite pending uncertainties in the political and market arenas.

As President Obama offered in his statement regarding the shootings in Newtown, the time is now to “come together and take meaningful action to prevent more tragedies like this, regardless of the politics.”