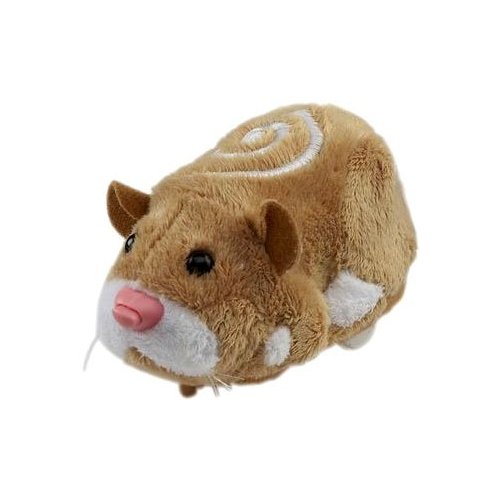 GoodGuide, a consumer group, claims to have found dangerous levels of antimony, a metalloid toxic to humans in in large amounts, in a study. GoodGuide found higher-than-normal levels of antimony on the hair and nose of the Mr. Squiggles Zhu Zhu pet. The Baltimore Sun has more:

…the toy’s maker, St. Louis-based Cepia LLC, insisted in a statement that its product is safe and has passed rigorous testing. The company said it was contacting GoodGuide to share its testing data and determine how the report was founded.

Zhu Zhu Pets, which retail for about $10, have become this season’s toy craze, following in the footsteps of Tickle Me Elmo and Cabbage Patch Kids. The items fetch $40 or more on resale Web sites like eBay and Craigslist.

That’s what brought it to GoodGuide’s attention. GoodGuide CEO Dara O’Rourke told The Associated Press on Saturday that his group bought three of each of the year’s 30 hottest toys and tested them multiple times.

According to the Christian Science Monitor,

The Consumer Product Safety Improvement Act of 2008 limits antimony to no more than 60 parts per million. Good Guide says it found 93 ppm in Mr. Squiggles’ fur and 103 in its nose.

There’s no recall in the works (yet), although there has been speculation. There are various reports of the study being faulty. For example, in this Consumerist post, commenters state the following:

– Only one Zhu Zhu pet came in over the limit of antimony, and that pet was only 10% over the limit.
– The US FDA standard is for soluble antimony. The test that GoodGuide gave the Zhu Zhu pet only measured total antimony, not soluble.
– GoodGuide only tested three toys, a small sample of total production.
– Your kid basically has to eat a several Zhu Zhu hamsters to feel the effects of the antimony.

Prognosis? Wait this one out.