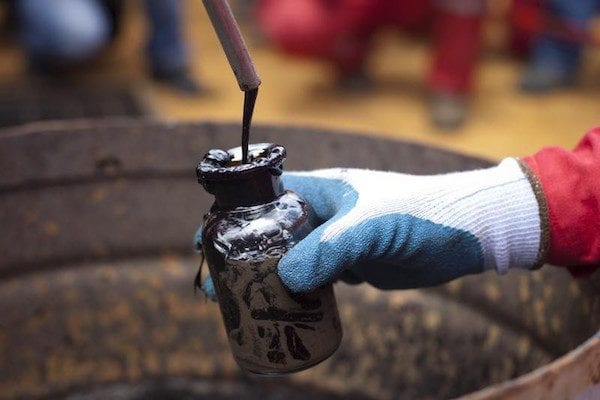 The Black Market has become something of an urban legend in modern times. No one set market exists that is set up like a flea market where people sell their human hearts alongside their illicit substances, which is the image most often conjured up. But, the black market is very real and thriving around the world today. Items are traded illegally every single day, and the most recent estimates project that the black market as a whole is worth $10 trillion annually, or accounting for 22% of the world’s GDP. While just the scope of it is disturbing, you can read ten more things that you didn’t know about the black market.

The Sale of Organs Was Legal Until The 80’s 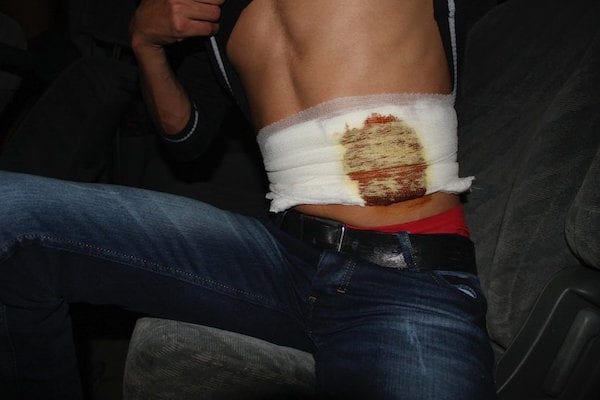 National Organ Transplant Act of 1984 is what made it illegal to buy and sell organs in the United States, and before that, it is arguable that the black market was very different than it is today. Organ stealing and the illegal organ trade are a huge component of what people consider the black market to be, but it wasn’t openly illegal to sell your organs until the mid-80’s. Before this act, America applied a “quasi-right” to a corpse, allowing the relatives of a deceased person a possessors right long enough to decide how to dispose of the corpse.

You Can Buy Plastic Surgery

Illegal plastic surgery is something that has been around since the early 2000’s; however, it has taken off since the year 2010. Practitioners pop up all over the country, doing butt injections with tire fixer, botox with concrete, and closing wounds with super glue. Deaths from these procedures saw an all-time high in the past few years. There are hundreds of victims in America, and a large portion can be attributed to the ‘bogus’ doctor, Oneal Ron Morris, also known as The Duchess. She disfigured dozens of people before her arrest in 2015.

Organ Trafficking Accounts For Up To 10% of All Kidney Transplants 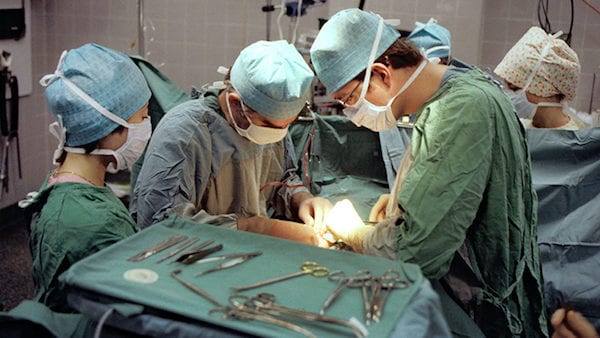 The only country in the world where the selling of organs remains legal is Iran, and a healthy kidney can go for around $6,000. Even though Iran is just a small chunk of the world’s’ population, the World Health Organization estimates that between 5 and 10% of all organ transplants are done illegally. Organ theft is more popular than one would think, but most of the kidneys are sold because middlemen exploit the financial woes of people in impoverished countries in order to obtain their organs.

Crude Oil is the Most Valuable Item

The most recent estimate states that $133 billion worth of crude oil is stolen, or otherwise fraudulently acquired, every year. What’s more, is that because of the corruption around the world those estimates could be drastically low. This oil can be stolen by tapping existing pipelines, or by bribing corrupt officials around the world. In the past 50 years, $400 billion in oil has been stolen from Nigeria alone. What most people do with the stolen oil is load it with additives and sell it at full price. 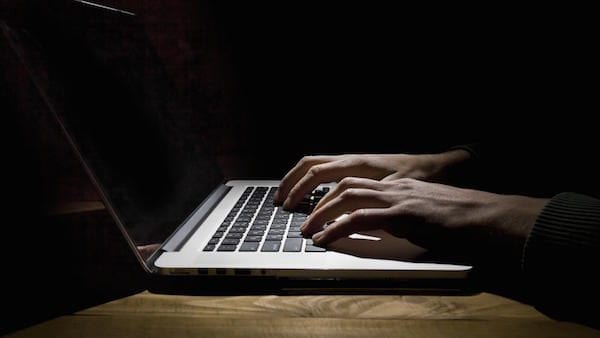 While the Silk Road has been shut down more than once, the black market is still very much digital when you turn to the deep web. The largest black market on the deep web to ever be taken down was finally abolished in July of 2017, and it was called AlphaBay; AlphaBay was ten times the size of the Silk Road. But even on the surface web, you can buy drugs and even order a violent crime in the depths of Tumblr. The internet has made communication that much easier for these people. Even though cryptocurrency is just now gaining traction, apps like Square Cash allow you to purchase and sell it within the app. 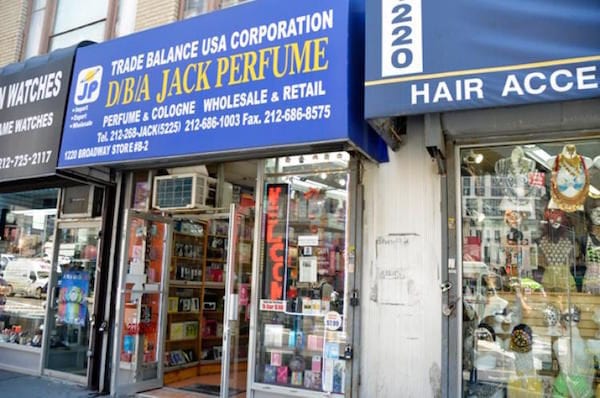 The image of a scary flea market lined with coolers full of kidneys and lungs is what everyone pictured when they were younger, but the truth is, kiosks in New York City are also part of the black market. These places sell counterfeit perfume, purses, cosmetics, and more. Websites that are easily accessible on the surface web sell fake shoes, fake watches, and so on. Knock-offs are a huge component of this underground trade, and just as illegal as the other things that are sold, but vastly easier to get your hands on.

Almost All of the Cosmetics Contain Formaldehyde 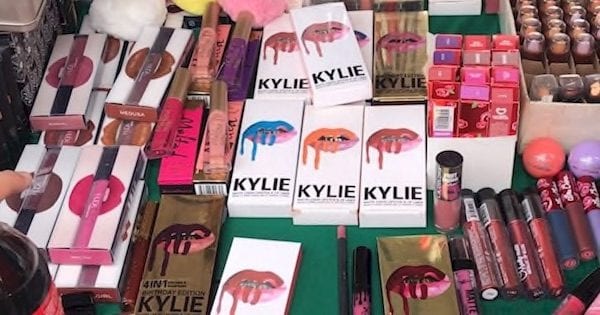 Fake cosmetics have taken off because of websites like Wish. You can get legitimate products from some of these sites, but the majority are just trying to make a quick buck. It’s just human nature not to turn down a deal, so when someone sees a Kylie Lip Kit for just $15 (Regular price: $29.99), the first reaction is to go for it. Best case scenario, you will be purchasing a different product in a Kylie container, worst case, you’ll be putting excessive amounts of formaldehyde in your mouth. 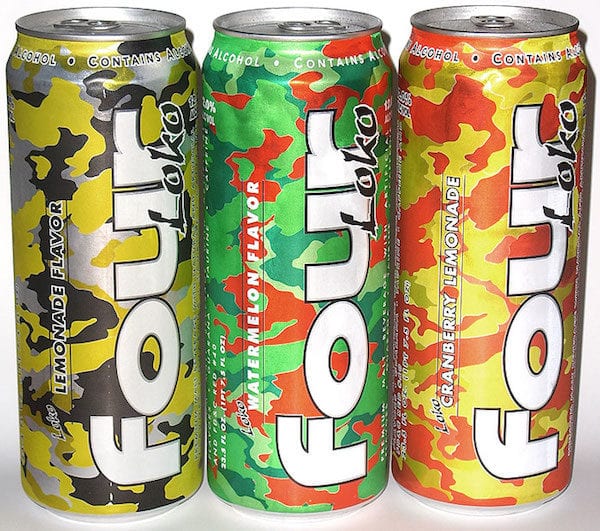 Everyone has a story involving this horrid concoction. The original Four Loko was taken off the market due to it being unsafe. It was a malt liquor based caffeinated alcoholic beverage, akin to mixing Mike’s Hard with Monster. Two cans of Four Loko had the same effect on the body as chugging around ten beers, and people all over the country were being hospitalized. If you’re one of the lucky few who didn’t have their first NDE with Four Loko, you can seek that experience out through illegal avenues.

Baby Formula is a Hot Item 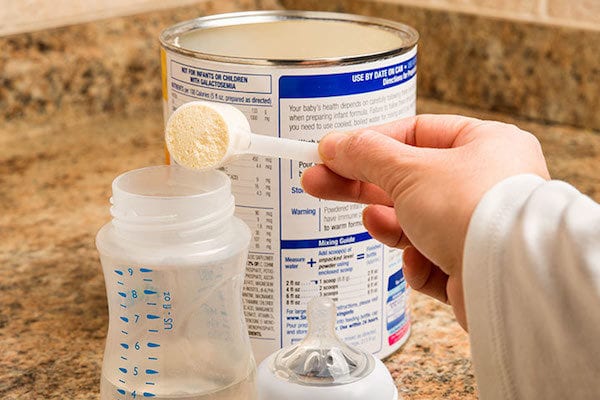 Baby formula is extremely popular on the black market for many reasons. It is one of the few things that holds its value really well, like Tide laundry detergent. The most innocent of items has a darker purpose when its acquired this way, though. Drug dealers will cut their ecstasy, heroin, and cocaine with this fine white powder to extend the life of their supply, allowing them to make more money. Another use includes using it to purchase other illegal items, and also switching labels to sell to unsuspecting parents that think they’re getting a better product.

Human trafficking grips society and it has infiltrated every city in the nation; almost 1,000,000 people are trafficked annually around the world. People get lured into it under the guise of legitimate and quick-paying jobs, faked relationships, and even outright kidnapping. As popular as this is, though, you would think that humans are worth a greater amount of money than they truly are. The average cost of a slave around the world is only $90. Of course, the younger someone is, the more they’ll be worth.