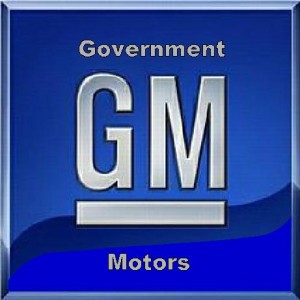 General Motors reported a Q1 2010 profit of $865 million, its first profit in three years, today. GM paid back $8.2 billion in loans from the US and Canadian governments last month. The automaker is still 61% owned by the US Treasury, but expects to buy it out later this year when it goes public again. The New York Times has more:

G.M. has been able to improve its performance even as industry sales remain weak largely because it shed a significant amount of its debt during the six weeks it spent in bankruptcy protection starting in June 2009.

From July to December, G.M. lost $4.3 billion, mostly because of the cost of settling with the United Automobile Workers union over retiree health benefits, but it had positive cash flow of $1 billion. Prior to bankruptcy, G.M. was rapidly depleting its cash reserves and could have run out of money within months had the government not stepped in.

The results show that G.M. is on track to become a public company again as soon as the fourth quarter, allowing the government to recover more of the billions of dollars it spent preventing G.M.’s collapse.

BusinessWeek has a good overview of GM’s loan repayment:

…the majority of the government’s $50 billion investment is tied up in the Treasury’s 61% ownership in the company…GM won’t be able to pay the remaining $40 billion of the government’s investment until the company launches its planned initial public stock offering, which could happen in the fourth quarter. The $8.4 billion was just the debt portion.

The other critical point is that the $50 billion investment in GM was, in retrospect, more than the company needed. The Treasury Department gave GM a big slug of cash in case there was a double dip in the recession or if wary consumers really fled the company’s brands. As the car market got a boost and some of GM’s new models sold well, it was clear that GM didn’t need all of that cash. So GM just paid back the $8.4 billion in debt with government money.

GM, it seems, is once again gaining traction in the public mind. If that happens, GM has a better chance of gaining even more sales–once it goes public again later this year.