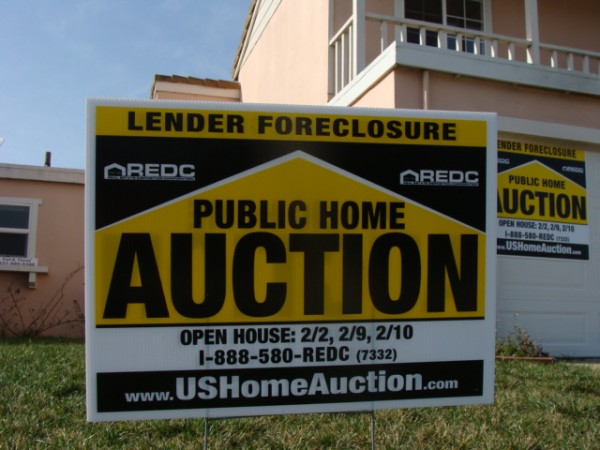 Almost two weeks ago, a GMAC mortgage processor shared that he had approved hundreds of thousands of foreclosure documents without reviewing them. As a result of the claim, which was given during sworn depositions, GMAC Mortgage suspended the foreclosure and eviction process in the 23 judicial-approval states, where a judge has to approve foreclosures. Lenders JPMorgan Chase and Bank of America jumped on the bandwagon last week, also freezing mortgages in those states. Speculation has it that Wells Fargo, Citi, and HBSC may follow suit.

In the fray, it also came out that some companies were using “robo-signers,” employees who, like that initial GMAC processor, signed “thousands of foreclosure affidavits a month, falsely attesting that they had reviewed the material,” writes the New York Times. Politicians, judges and lawyers are now raising hell, wanting to freeze all foreclosures in their respective states. The story continues to unfold.

According to the New York Times, the foreclosure freeze could be a golden opportunity for people to stay in their homes–and for lawyers to jump into a wide-open niche:

While GMAC is the first big lender to publicly acknowledge that its practices might have been improper, defense lawyers and consumer advocates have long argued that numerous lenders have used inaccurate or incomplete documents to remove delinquent owners from their houses.

The issue has broad consequences for the millions of buyers of foreclosed homes, some of whom might not have clear title to their bargain property. And it may offer unforeseen opportunities for those who were evicted.

“You know those billboards that lawyers put up seeking divorcing or bankrupt clients?” asked Greg Clark, a Florida real estate lawyer. “It’s only a matter of time until they start putting up signs that say, ‘You might be entitled to cash payment for wrongful foreclosure.’ ”

As banks’ foreclosure practices have come under the microscope, problems with notarizations on mortgage assignments have emerged…In some cases, the notarizations predated the preparation of the legal documents, suggesting that signatures were not reviewed by a notary. Other notarizations took place in offices far away from where the documents were signed, indicating that the notaries might not have witnessed the signings as the law required.

I wonder how long this spectacle is going to last.