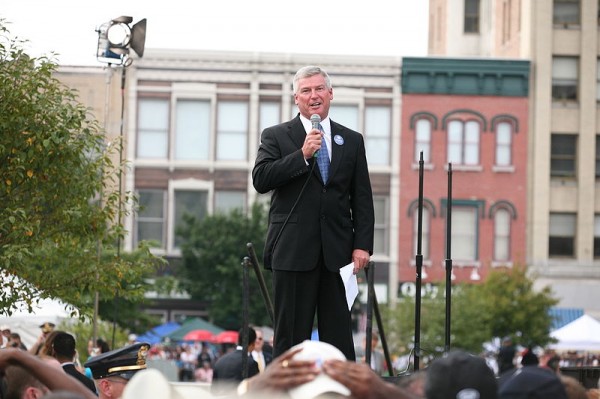 Tim Davlin, the mayor of Illinois’ capital city of Springfield, was found shot dead in his home this morning in an apparent suicide. Davlin was supposed to show up for a probate hearing discussing a cousin’s estate this morning. After Davlin didn’t appear at the hearing–he had failed to provide the financial accounting for the estate, and his former lawyer had a claim against the estate for $19,000 in legal fees–police found his body at his house. From the Chicago Tribune:

At the time, the mayor blamed the problem on a dispute with the IRS over taxes owed on investments he cashed in to buy the home. Sangamon County property records have shown that Davlin bought the home for $237,500 in 2004. He earned more than $119,000 a year, according to city payroll records from earlier in 2010.

Davlin announced last month that he would not seek a third four-year term in 2011, telling Springfield radio station WFMB he wanted to leave office before getting burned out. Davlin insisted at that time that financial issues had nothing to do with that decision involving the nonpartisan post he called “grueling.”

“No one has any idea what it’s like until they’ve been there,” he told the station.

Davlin was investment and insurance broker before being voted into the mayor’s office, according to the Tribune. According to the information available, he wove himself a web of misery through an unsatisfying, stressful job, bad financial decisions, and family issues (if you read into the court case). It’s sad to see a successful person with a lot to offer succumb at a relatively young age.

It’s also a poignant reminder that public and professional success mean nothing if the world inside of your head is unbearable.

Here’s the city of Springfield’s tribute biography to Mayor Davlin.