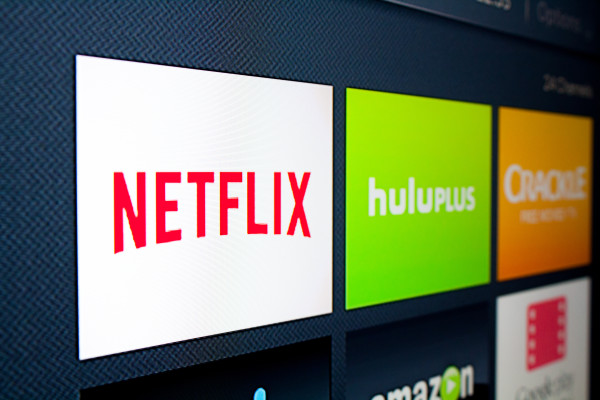 Netflix will not be renewing its streaming deal with cable network Epix when it expires next month. So if you’ve been waiting to watch Transformers: Age of Extinction, The Hunger Games: Catching Fire, and World War Z, you’re on the clock.

Epix, a premium channel and joint venture of studios MGM, Lionsgate, and Paramount Pictures, will be moving its film library to competing streaming service Hulu while Netflix focuses on creating its own content.

That includes popular series like House of Cards and Orange is the New Black, as well as the critical hit Bojack Horseman and newest drama Narcos. Netflix is also working on a slate of features, including comedies from Adam Sandler, a war film titled Beasts of No Nation, and a Christopher Guest film.

“We’ve enjoyed a five-year partnership with Epix, but our strategic paths are no longer aligned,” said Ted Sarandos, Netflix’s chief of content, in a statement. “Our focus has shifted to provide great movies and TV series for our members that are exclusive to Netflix. Epic’s focus is to make sure that their movies will be widely available for consumers through a variety of platforms.”

Sarandos also explained the move on Netflix’s blog, saying that the films Epix offered “are also widely available on cable and other subscription platforms at the same time as they are on Netflix.” He claims that the Netflix strategy focus on original content will “build a better movie experience for you,” although it’s also probably in the company’s business interest to own the content it streams.

Deadline offered a bit more insight into how the two companies’ paths diverged during the tenure of the deal:

Epix was happy to be in business with Netflix for as long as it lasted, according to a source at the premium channel, but wanted to expand its reach as broadly as possible.

Epix confirmed the move to Hulu, with CEO Mark Greenberg calling it part of the “next phase of our network’s growth and development.”

In addition to Beasts of No Nation, Netflix is also producing A Very Murray Christmas (starring Bill Murray and directed by Sofia Coppola), Crouching Tiger, Hidden Dragon: Green Legend, Pee-wee’s Big Holiday, Ridiculous Six (the first film from Sandler). You can also count on future seasons of House of Cards, Marvel’s Daredevil, Orange is the New Black, Marco Polo, as well as upcoming series based on Marvel properties and a sequel to the 1990s classic sitcom Full House.

Netflix probably won’t miss the Epix films for too long since a 2012 deal with Disney is about to take effect. Starting next year, films from Disney and its subsidiary studios Pixar, Marvel, and Lucasfilm, will stream exclusively on the service.

In other words, the Force is very much with Netflix even if the odds aren’t in its favor after September.