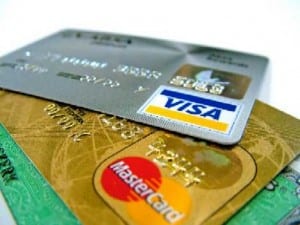 If you have a credit card, you should pay it off monthly and not get deeply into debt. I could advocate that until my vocal cords dry up, but it’s mere rhetoric for most Americans. The Office of Thrift Supervision, also aware of peoples’ widespread debt, today unveiled a set of new regulations around credit card fees and billing practices. It’s about time (from Reuters ):

Institutions cannot consider a payment late unless consumers were given a reasonable amount of time to pay.

Banks cannot use the practice known as double-cycle billing, in which they reach back into prior billing cycles to compute finance charges. For example, under double-cycle billing, a cardholder who begins a billing cycle with a $500 balance and makes a one-time payment of $450 during the cycle would be charged interest on the full $500. Under the new rules, the cardholder would be charged interest on the remaining balance of $50, in this example.

Banks cannot raise the annual percentage rate on an outstanding balance, except in certain conditions.

Banks cannot charge account-opening fees or membership fees to a credit card if they would use up most of the available credit on the account during the first year after account opening.

Banks cannot increase the interest rate on outstanding balances if the consumer defaults on other debt obligations such as a gym membership. The practice is sometimes referred to as universal default.

I don’t understand the second to last one. How would a bank know if someone would use up most of a card’s credit during the first year?

Credit card companies can’t gouge consumers the way they have been. I doubt the regulations will change current issuance practices much, either, considering the current credit crunch. These new rules finally offer consumers a small victory.