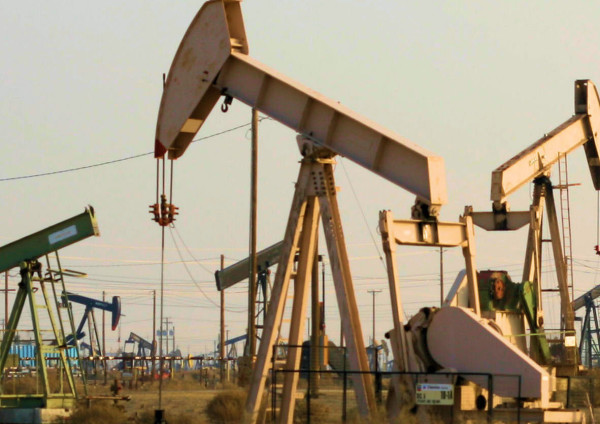 Monday’s falling oil prices where in part thanks to an announcement by Iraq’s oil ministry that the country’s oil production hit another record in December.

“The news that Iraq has probably hit another record builds on the oversupply sentiment,” Hans van Cleef of ABN Amro told Reuters. “The oversupply will keep markets depressed and prices low, and on the other hand short positions are in excessive territory.”

Meanwhile, broader trading seems to have stabilized, if ever so slightly. Asian and European markets saw share prices rebound, with China’s Shanghai Composite Index up 0.8 percent and the Nikkei in Japan up 0.9 percent.

The news wasn’t as good in American markets, with the Dow Jones industrial average, S&P 500 and Nasdaq all falling more than 1 percent. The Dow dropped 150 points in afternoon trading thanks in part to a 4.5 percent decline in Caterpillar shares.

Booming oil production has seen prices crater, but while that has been a boon to consumers it has many investors wary about where the global economy might be headed. That’s particularly true given a tumultuous run in Chinese markets since last summer and uncertainty over the Federal Reserve’s interest rate decisions.

While the Fed will likely take it slow when it comes to any additional rate hikes, central banks in Europe and Japan are both expected to boost stimulus at upcoming meetings.