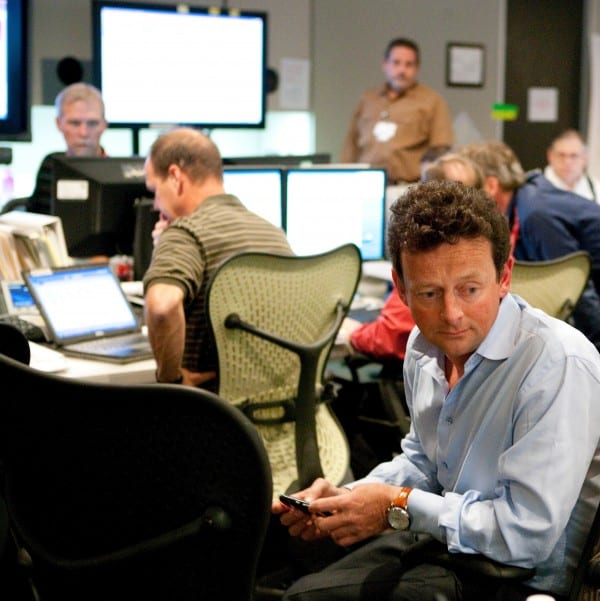 BP CEO Tony Hayward, looking like he has a headache. Source: BP

How much did bad decisionmaking have to do with the Gulf oil spill? The Wall Street Journal took a closer look at the decisions BP made before the oil rig explosion that threatens to cripple the Gulf Coast.With their drilling behind schedule, BP made shortcuts and oversights in the rush to finish the job. From the WSJ:

BP…cut short a procedure involving drilling fluid that is designed to detect gas in the well and remove it before it becomes a problem, according to documents belonging to BP and to the drilling rig’s owner and operator, Transocean Ltd. BP also skipped a quality test of the cement around the pipe—another buffer against gas—despite what BP now says were signs of problems with the cement job and despite a warning from cement contractor Halliburton Co.

Once gas was rising, the design and procedures BP had chosen for the well likely gave this perilous gas an easier path up and out, say well-control experts. There was little keeping the gas from rushing up to the surface after workers, pushing to finish the job, removed a critical safeguard, the heavy drilling fluid known as “mud.” BP has admitted a possible “fundamental mistake” in concluding that it was safe to proceed with mud removal, according to a memo from two Congressmen released Tuesday night.

Finally, a BP manager overseeing final well tests apparently had scant experience in deep-water drilling. He told investigators he was on the rig to “learn about deep water,” according to notes of an interview with him seen by the Journal.

Some of BP’s choices allowed it to minimize costly delays. “We were behind schedule already,” said Tyrone Benton, a technician who operated underwater robots and worked for a subcontractor. He said that on the day before the accident, a Monday, managers “hoped we’d be finished by that Friday…. But it seemed like they were pushing to finish it before Friday.” He added: “They were doing too many jobs at one time.”

Sloppiness, rush jobs, and incompetent management are an all-too-common scenario in the business world. But in a high-stakes business like oil drilling, they shouldn’t be considered an option. If and when the Gulf oil spill settles down, I’d like BP to demonstrate how it’s tightening management of its rigs to prevent more oversights.