While the stock market is at all time highs under the early Trump presidency, trouble brews below the surface. With massive income inequality, record student loan debt and a disastrous health care situation dragged through the mud of politics, our economy is leaving many behind. We’ve collected what we see as 55 sad facts about our economy. Let us know some others in the comment section. 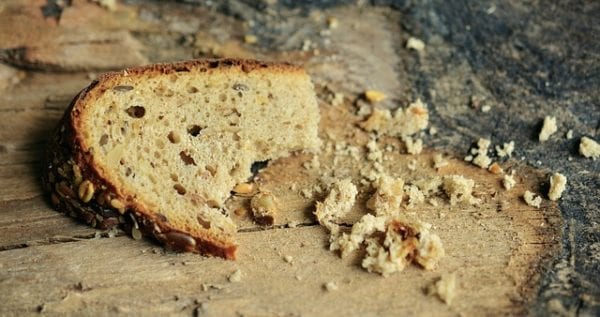 1) Around 13.5 percent of Americans live in poverty, according to the United States Census Bureau. That translates to 43.1 million people!

2) Around 15 million American children – 21 percent of all children living in the United States – live in poverty, the National Center for Children in Poverty reported.

3) Is the economy improving? Despite a 1.2 percentage dip in poverty rates from the previous year, the 2015 poverty rate was still higher than it was prior to the Great Recession that began at the end of 2007.

4) The federal minimum wage remains at $7.25 per hour. That’s only a third of the wage workers need to earn to afford the average rent price for a two bedroom home, Business Insider reported.

5) A full-time worker earning minimum wage would make $15,080 per year, which is still below the poverty line, the University of California, Davis Center for Poverty Research reported.

7) Another 20.6 million Americans are considered “near-minimum-wage” workers, earning between $7.26 and $10.10 per hour, the Pew Research Center reported. That accounts for 30 percent of hourly employees over age 18.

8) The unlivable minimum wage isn’t just a problem for high school and college kids. Just 45 percent – less than half – of minimum wage earners are between the ages of 16 and 24, according to the Pew Research Center.

9) Living in poverty can literally take years off of your life expectancy. For wealthy Americans, the life expectancy is 15 years longer than it is for poor citizens of the U.S., according to The Guardian.

10) Thanks to socioeconomic factors, life expectancy in the United States can differ by as many as 20 years from one county to another. In fact, the life expectancy in Oglala Lakota County, South Dakota, where more than 44 percent of households are below the poverty line, is lower than life expectancy in Iraq and Sudan, the Huffington Post reported.

12) When poor families can afford food, they often can’t afford the most nutritious food. As a result of poor families’ limited resources to buy nutritional foods, cycles of food deprivation and overeating and related factors, poor diet quality has led to a link between poverty and obesity, according to the Agenda for International Development.

13) Children who live in poverty have a higher risk of infant mortality, asthma and chronic diseases, the American Public Health Association reported. This in turn can lead to more days of school missed and poorer education outcomes.

14) High blood pressure, cardiovascular diseases and other chronic medical conditions are linked to living in poverty, according to the nonprofit organization The Borgen Project. 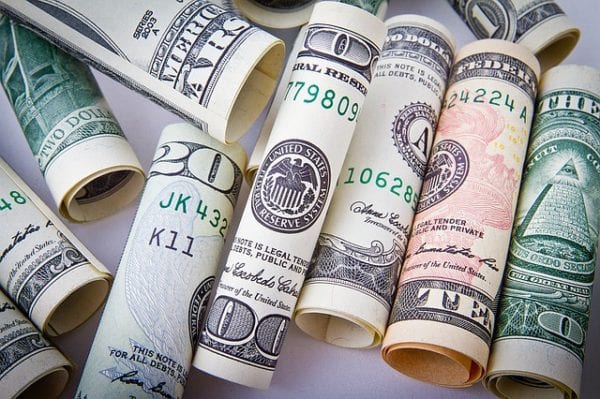 15) The rich, however, keep getting richer. Since the 1970s, average earnings for CEOs have climbed by nearly 1,000 percent. Meanwhile, the average worker’s wages have increased by only 11 percent, according to PayScale.

16) It’s hard to overstate the massive problem of income inequality between management and the working class. On average, CEOs make 70 times what their employees make, though some CEOs earn more than 300 times their workers’ wages, PayScale reported.

17) Some aspects of the tax code also favor the rich. Investment income, which primarily helps the wealthy, is taxed at a considerably lower rate than earned income is, with a maximum tax rate of 20 percent. Among households earning at least a million dollars a year, nearly a third of total income falls into this lower-taxed category, The Wall Street Journal reported.

19) Do massive businesses pay lower taxes than middle-class individuals? Due to loopholes in the tax code, instead of paying the 35 percent corporate tax rate that tax reform proponents often reference, many multibillion-dollar corporations pay far less. In 2014, for example, pharmaceutical manufacturer Pfizer supposedly had an effective tax rate of 25.5 percent, but ended up paying only 7.5 percent, according to U.S. News & World Report.

20) Among Fortune 500 companies, 100 businesses – or 39 percent of businesses examined – paid no federal income tax at all during one (or more) years in the time period from 2008 to 2015, the Institute on Taxation and Economic Policy reported.

22) In addition to tax breaks, every year, the federal government issues nearly $100 billion in subsidies to corporations, The Huffington Post reported. Who foots that bill? The taxpayers, of course.

23) The US spends over $100 billion per year on Corporate Welfare, according to MoneyChoice.

24) When the U.S. federal government passed the Emergency Economic Stabilization Act of 2008 to bail out banks that were deemed “too big to fail,” it approved the spending of $700 billion of taxpayer money, PBS reported. That added up to nearly $2,300 per American citizen being paid to these massive financial institutions.

25) That $700 billion bailout sounds like a lot of money to the average American – but in all, the federal government spent far more of taxpayers’ money than that to help out these big banks. When you add in the loans the government issued and the assets it purchased to save these banks, the real figure is more than $29 trillion, CNBC reported. 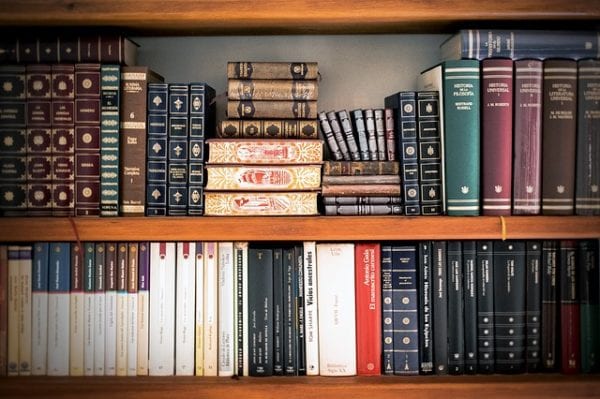 26) Is a college degree still a good investment? Over the last 50 years, college tuition costs have quadrupled, Forbes reported. The soaring cost of college means that tens of millions of Americans begin their adult lives saddled with debt.

28) Inflation alone isn’t to blame for the shocking upsurge in college costs. Tuition costs are increasing by six percent more than the rate of inflation. That’s why tuition and fees at Harvard University were $45,278 in 2015, rather than the $15,189 it would cost to study at the Ivy League school if the tuition rate had only gone up by the same amount as inflation, CNBC News reported.

30) The unaffordability of college problem is so massive that, as a whole, Americans currently are carrying $1.3 trillion in student loan debt, Forbes reported.

31) Many Americans ages 65 and older have lost a portion of their Social Security benefits due to unpaid student loan debt, according to RFL.

32) Among 2016 college graduates, the average amount of student loan debt was a whopping $37,172, Forbes reported.

34) Of the 22 percent of millennials who reported having difficulties saving up the down payment needed to purchase a home, 54 percent attributed the problem to student loan debt, according to BankRate. 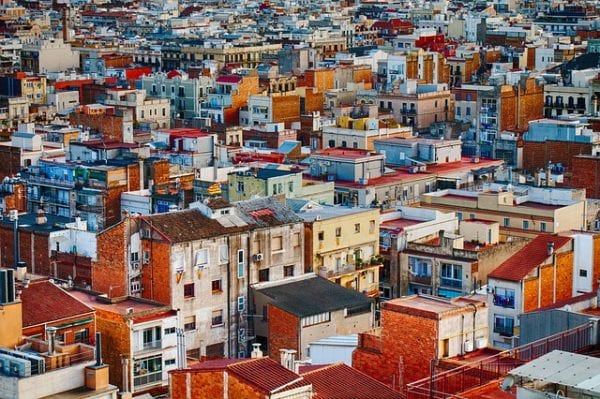 36) If you can’t afford a hefty down payment and decades of mortgage payments, you can always rent, right? The problem is that renting is more expensive than owning a home in 42 states, Business Insider reported.

37) Where you live plays a huge role in how much you’ll pay in rent. The average rent price for a one bedroom apartment in Wichita, Kansas, is $470 – a steal when compared to the $3600 monthly cost of renting the same apartment in San Francisco, as Mental Floss reported.

38) Given the high costs of housing, maybe it’s not surprising that an increasing number of kids continue to live at home into their 30s and even 40s. In fact, more Americans aged 18 to 34 now live with their parents then at any time since 1940, TIME reported. 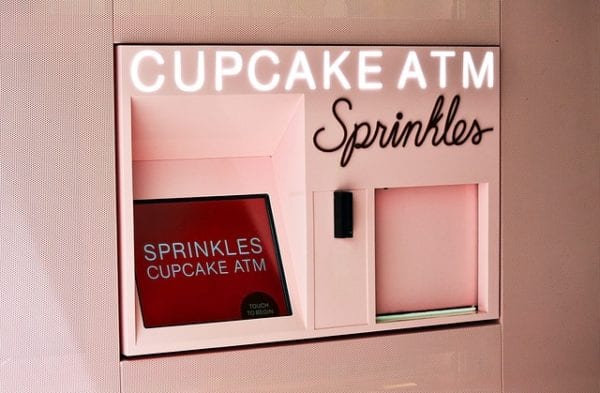 39) Even if you find a good job, there’s no guarantee you won’t be replaced – perhaps even by a robot. Despite all of the benefits of technology, there are downsides, too. Automation is a bigger threat to American jobs than globalization, according to The New York Times.

41) It’s not only manufacturing, retail and apparel making jobs that suffer due to automation. Even highly-paid workers like longshoremen, who make upwards of $100,000 per year in California ports, could soon find themselves replaced by robots, Fox News reported. 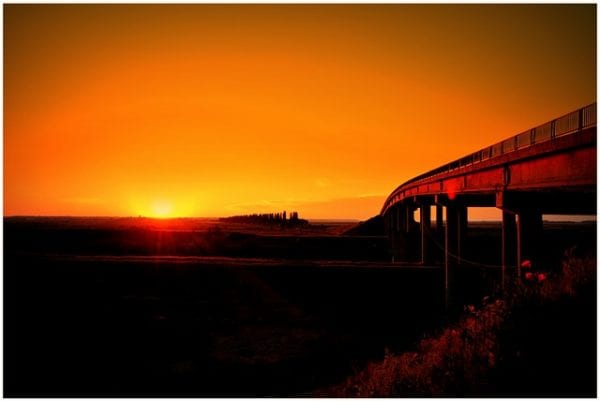 42) Failing infrastructure also threatens citizens across the United States. As of 2017, the American Road and Transportation Builders Association (ARTBA) has found that close to 10 percent of all bridges in the U.S. – 55,710 bridges in all – are “structurally deficient” and in need of repair or replacement, CNN reported.

44) The state of America’s roadways alone is dire enough to cost a massive amount – in dollars and in human lives, Fortune reported. The traffic congestion wasted an estimated $160 billion in time and fuel costs in 2014 alone, while deteriorating road conditions caused the number of traffic fatalities to jump by seven percent in a single year.

45) Fixing the nation’s failing road infrastructure will cost $2 trillion over 10 years, according to Fortune. 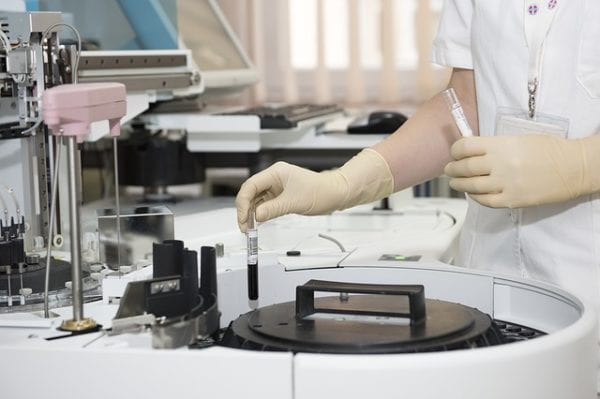 46) Access to healthcare, too, remains bleak. More than 12 percent of Americans between the ages of 18 and 64 still lack health insurance, as do 5.1 percent of children in the U.S., according to the Centers for Disease Control and Prevention (CDC). That adds up to 28.2 million individuals who have no health insurance.

47) Public insurance accounts for a huge percentage of insured Americans. A full 20 percent of adults under age 65 are on public insurance plans, and so are 43 percent of children in the U.S., the CDC reported.

48) Before the passing of the Affordable Care Act in 2010, eight percent of American children – nearly six million kids – were uninsured. Over the next five years, the number of children without insurance dropped by 37 percent nationwide and 67 percent in California specifically, CNBC reported. (However, with so many children on public insurance, any changes to healthcare laws could cause the number of uninsured children to climb again.)

49) Even with health insurance, an illness can be financially devastating. Close to 10 million Americans who have insurance are still unable to afford to pay their portion of their medical bills, according to CNBC.

50) Prior to the protections put in place by the Affordable Care Act, medical bills were the leading cause of filings for personal bankruptcy, with 2 million Americans forced to declare bankruptcy a year, CNBC reported.

51) Personal bankruptcy filings decreased by 50 percent from 2010 to 2016, and many experts attribute the decline to expanded insurance coverage under the Affordable Care Act. However, 770,846 Americans will still be forced to declare bankruptcy this year due to various financial hardships, TIME reported.

The Costs of War & Terror 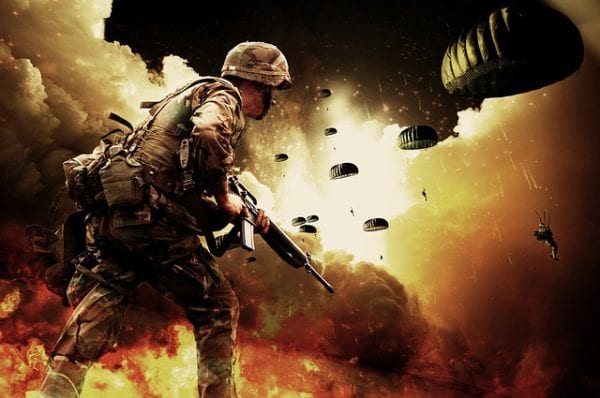 52) As of September 2016, the United States has spent nearly $5 trillion fighting wars in Iraq and Afghanistan, Military Times reported.

53) Since 2001, wars involving the United States have cost taxpayers $8.36 million per hour, according to the National Priorities Project.

54) On the home front, America also spent $1 trillion on the War on Drugs Between 1971 and 2012 – and that effort was a massive “failure,” CNN reported. Hundreds of thousands of people continued to die from drug overdoses, and more than 500,000 Americans are imprisoned for breaking laws against drug use or possession.

55) More than two million people are incarcerated in U.S. jails, giving America the depressing distinction of having the world’s largest prison population. The United States spends $30,000 per year on average to incarcerate an inmate – but just $11,665 to educate the average public school student, according to CNN.