Bernard Madoff pulled a shocker last week by revealing that his exclusive investment securities firm was actually the biggest Ponzi scheme in the history of mankind. As the impact of Madoff’s decades-long crime reverberates around the world, it invokes memories of past Ponzi masters, who laid the groundwork for planet-sized schemes like Madoff’s.

Ponzificating–perpetuating a fraud by paying off early investors with new investors’ money–is a concept as old as Indian giving. Honoring everyone involved in the act would be like writing a history of cheating itself. So we narrowed the Ponzi criminals down to the more recent, more nasty ilk, including Madoff himself:

In 1880, Boston Ponzian Sarah Howe promised women 8% interest on a “Ladies Deposit.” She said it was only for women, selling an implicit assumption of safety. She took the money and ran. 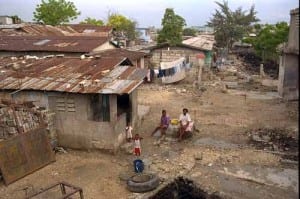 Ponzi schemes popped up all over Haiti in the early 2000’s. These schemes sold themselves as government-backed “cooperatives.” They ran mainstream-sounding ads, some of which featured Haitian pop stars. As a result, people felt safe investing more than $240 million–60% of Haitian GDP in 2001–into the schemes, which ended up being a massive swindle.

Nastiness Factor: Bad. Haiti is already one of the poorest countries in the world. People there eat mud cakes when times get bad. Cheating them out of their meager savings is sick; alas, it also appears to be systemic.

Earthlink co-founder and Scientology minister Reed Slatkin posed as a brilliant investment advisor for A-list Hollywood residents and corporate bosses. Working out of his garage, Slatkin cheated the rich and famous out of roughly $593 million, creating fake statements referring back to fake brokerage firms to prove his mettle. He fed the Church of Scientology with millions of his winnings. In 2000, the SEC caught wind that Slatkin wasn’t licensed, and busted the scheme.

Nastiness Factor: Mild. Cheating the rich and famous usually results in fewer bankruptcies than, say, misling seniors out of their retirement funds. 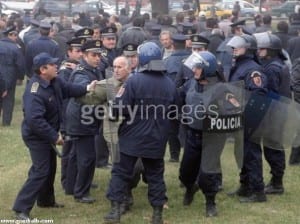 When Albania was moving out from behind the Iron Curtain in the mid-1990s, a powerful government and environment of questionable ethics resulted in a financial system dominated by pyramid schemes. The government endorsed various Ponzis, which robbed the majority of the population and netted more than $1 billion in losses. Albanians rioted and overthrew the government. 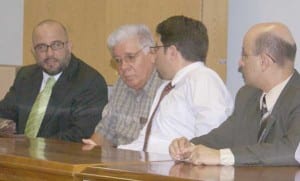 Three Costa Rican brothers, Enrique, Osvaldo and Freddy Villalobos, defrauded clients–mostly American and Canadian retirees–out of $400 million in a 20-odd-year unregulated loan scheme that started in the late 1980s. They promised interest rates of 3% per month on a minimum investment of $10,000. Villalobos moved money through shell companies before paying investors. Its staying power had to do with the fact that margins were low, the brothers were disciplined, and the outfit just barely skirted past laws.

Nastiness Factor: Mild. The size of the operation gives it a place on this list, but the brothers also had real assets to back them up. It’s Ponzi Lite, but that doesn’t ease the burden on people who lost everything.

In fraud-rich Florida, the Greater Ministries International church used Bible-speak to cheat its flock out of $500 million. Starting in the early 1990s, the church, led by gun-toting minister Gerald Payne, offered worshippers investments in gold coins. Payne then created an investment plan that would “double the ‘blessings’ that people invested” by funneling money towards the church’s fake precious metals investments. According to the Anti-Defamation League,

Payne said that God had modernized the multiplication of the loaves and fishes and asked him to share the secret.

$500 million later, the Feds caught Payne, but most investors never got their money back.

Nastiness Factor: Disgusting. Anyone who uses holy speak to bilk people out of their retirement savings is disgusting, plain and simple. 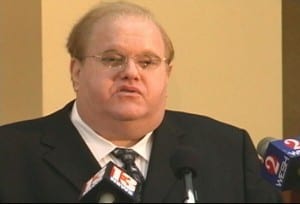 Beginning in the late 1980s, Lou Pearlman, Art Garfunkel’s cousin and former manager of ‘N Sync and the Backstreet Boys, offered attractive returns through his FDIC-insured Trans Continental Savings Program. The scheme was neither a savings and loan nor FDIC-approved, but that didn’t stop Pearlman from bilking investors out of nearly $500 million, with which he planned on funding three MTV shows and an entertainment complex.

Nastiness Factor: Deplorable. Pearlman was already a multimillionaire. The fact that he became a compulsive criminal after that means he should sit in a cell for a very long time. 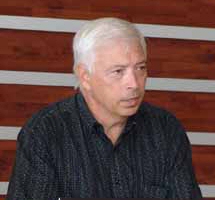 Mexican resort owner Michael Eugene Kelly schemed retirees and senior citizens out of $428 million. He offered them timeshare investments in Cancun hotels that he called “Universal Leases.” The timeshares came with rental agreements promising investors a nice fixed rate of return. Most of his victims used their retirement savings, thinking they would get solid, low-risk returns. The SEC says that “more than $136 million of the funds invested (came) from IRA accounts.” Kelly, meanwhile, bought himself a private jet, racetrack, and four yachts.

Nastiness Factor: Disgusting. Defrauding senior citizens out of their retirement savings is just about as low as you can go. 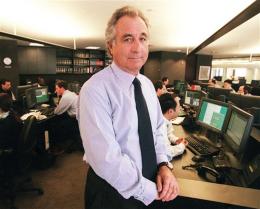 Bernard Madoff’s scam is still unfolding. The facts as we know them now are that Madoff spent decades building the biggest Ponzi scheme in history, bilking nonprofits, famous people, funds, banks, and countless others out of $50 billion.

Nastiness Factor: Deplorable. The man single-handedly destroyed charities, life savings, and other organizations yet to be named. The amount of money involved earns him a spot just below Charles Ponzi himself. 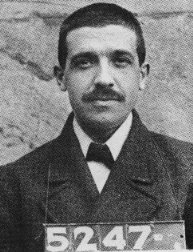 The King of Get Rich Quick, Charles Ponzi became a millionaire in six months by promising investors 50% return in 45 days on international postal coupon investments. He earned $15 million, which in 1920s terms was serious money. After Ponzi was caught, investors only received $5 million back.

Nastiness Factor: Mythical. This ancestor of fraudulent men passed his name on to the many schemes that would follow his own. His legacy, and his scheme, are forever memorialized, earning them a unique Nastiness Factor label.