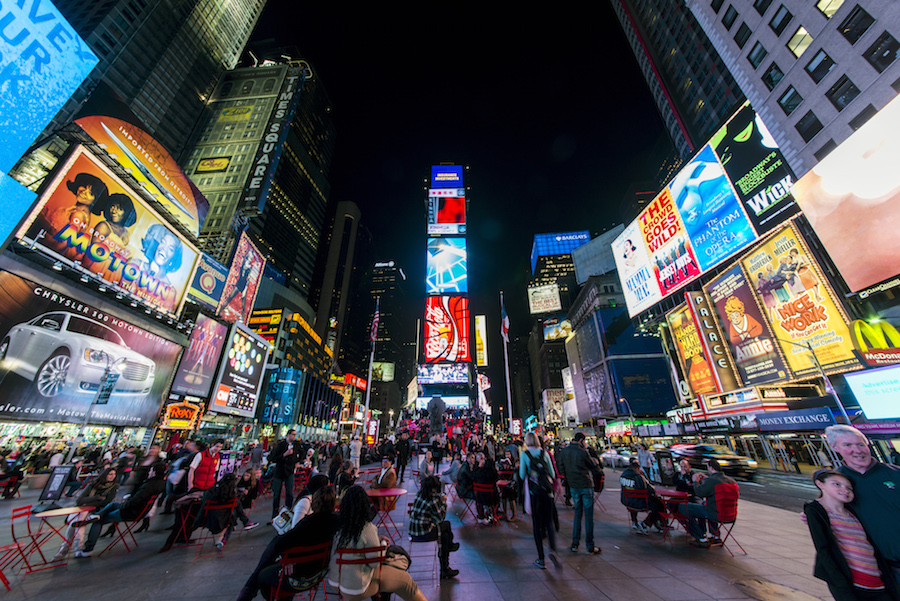 The labor force in 22 of the 50 United States is going to shrink over the next 15 years according to state-by-state projections of the working-age population from the Conference Board.

Vermont was the biggest loser in the bunch, where the working-age population between this year and 2030

The map below from our friends at Bloomberg shows how each state will stack up. 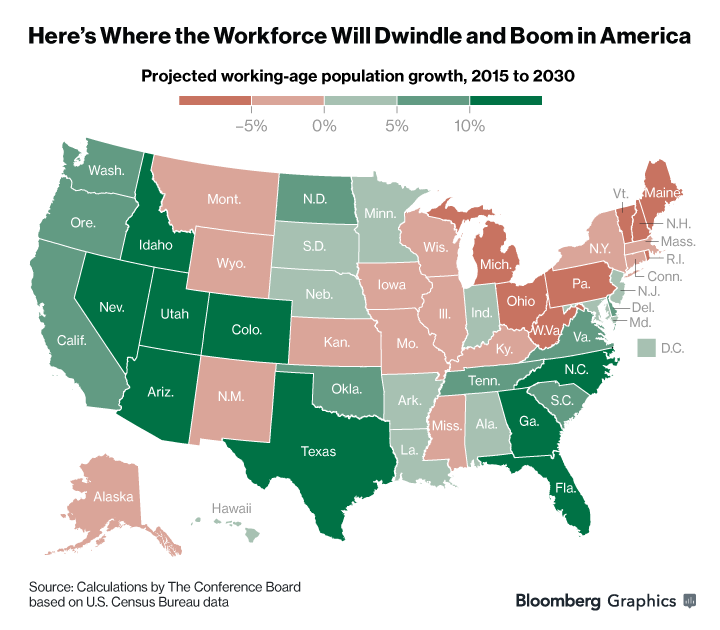 The Northeast and Midwest regions are expected to experience a 3% decline, despite currently hosting 39 percent of working-age Americans.

News could get worst for West Virginia, the only state to lose jobs in the current year through May.

According to Labor Department data, West Virginia will see a 9.5 percent decline in its working-age population over the next decade and a half, the second-biggest drop. Maine is expected to lose the same percentage of workers as West Virginia.

It isn’t all doom and gloom for US states: Nevada, Utah, and Arizona are expected to experience population growth, which will help bring new workers into the region. Nevada will experience 25.5 percent increase, while Utah and Arizona will each climb towards a 24 percent boost.

The increase in populations in some areas is not necessarily related to job opportunities, for example, Utah has a high fertility rate, which in turn will lead to a larger population.

The Conference Board considered four major categories in its predictions:

The study does not account for sudden changes in migration trends.