This is a guest post by Merrin Muxlow from Resource Nation.

One of my favorite Business Pundit posts of all time profiles 25 visionary entrepreneurs who “created empires from virtually nothing.” While entrepreneurial success stories are always inspiring, the best ones always seem to be those that people can relate to. All due respect to the entrepreneurial geniuses of past centuries, but not many of us are aiming to become a railroad tycoon these days.

Here are some amazing success stories of entrepreneurs that started small. 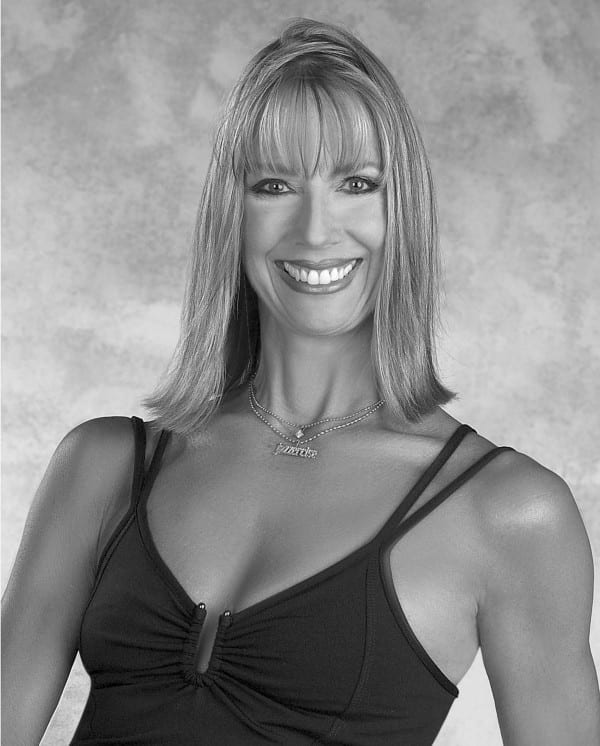 The founder of this wildly successful fitness company started teaching dance classes after hanging up her professional dancing shoes. When turnout dropped, she had an epiphany. The women weren’t coming to class to learn the precise steps to a dance, but to lose weight and tone up.

Sheppard Missett picked up the pace, turned up the music, and created a fun class that was soon packed. She trained additional instructors to teach the routines she choreographed, which eventually lead to a franchise deal. The company now has over 7,500 locations worldwide, a clothing line, and an extremely loyal fan base–all from a dance class. 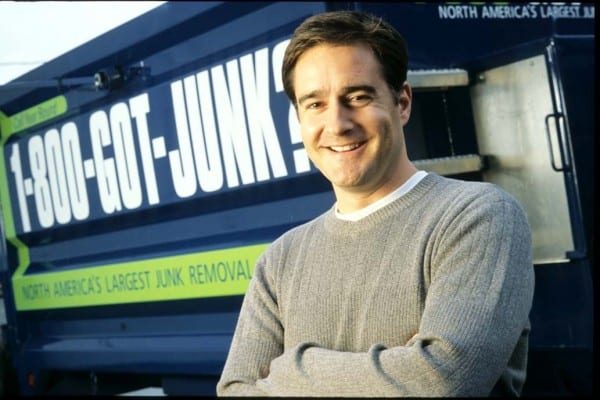 Scudamore started his company, which he describes as “the FedEx of junk removal,” with $700 in start-up capital and his own beat-up truck. He dropped out of college with only a year left to run the business full time. 1-800-GOT-JUNK now has nearly 100 franchised locations across North America. 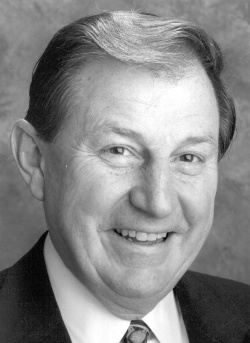 A.J. Scribante started off selling bleach to supermarkets and other stores around the Midwest. But Scribante had bigger things in mind. He wanted to find a better way to compare regional differences in retail prices, so that he could make more sales.

He started collecting newspaper grocery store ads from various cities to show to grocery stores in different markets. He put all those ads into a single booklet. He realized how valuable the information was when companies started requesting price data for competitors. Thus, the idea for MAJERS, what would become a multi-million dollar marketing information company, was born. 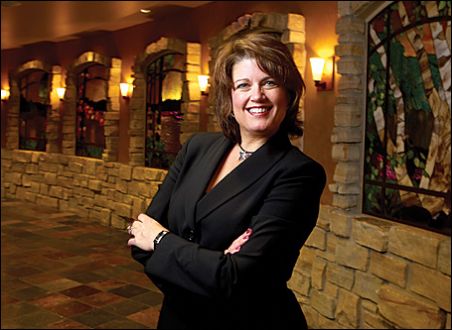 Blashack Strahan started her gourmet food company with $6,000 in savings, a backyard shed for storage, and a pool table as a packing station.

In her own words: “I remember sitting outside one day, thinking we were three months behind on our house payment, I had two employees I couldn’t pay, and I ought to get a real job. But then I thought, No, this is your dream. Recommit and get to work.”

She had the idea to sell at taste-testing parties, and sales began slowly picking up. In 12 years, Tastefully Simple has grown into a $120 million dollar business. () 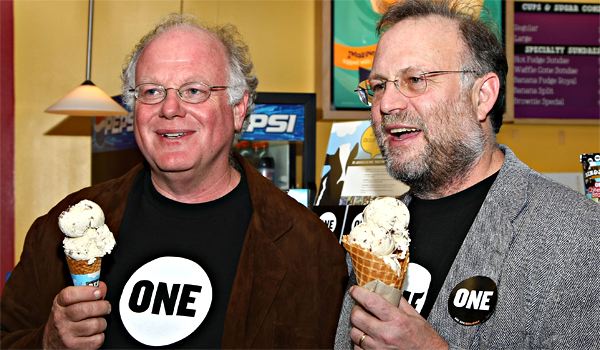 The now-legendary duo decided to open a business after taking a correspondence course on the art of ice cream making. They discovered that just about the only college town without an ice cream shop was Burlington, Vermont. With $8,000 in savings and a $4,000 loan, they leased an old gas station in Burlington, purchased equipment, and began coming up with ideas for “unique” flavors. Twenty years later, the company was taking in $237 million in annual revenue. 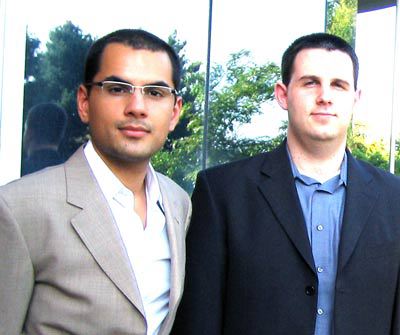 Hauser and Taghaddos came up with a great idea for an inexpensive VoIP phone system for small businesses. They got their startup money the hard way, by asking friends and family to help fund their business.

The idea for GotVMail was to give smaller companies a way to sound as professional as larger, established firms, allowing small businesses to set up voice-mail boxes that can route calls to cell phones and get messages via e-mailed MP3 files. GotVMail, now Grasshopper, generates about $5 million in revenue per year. 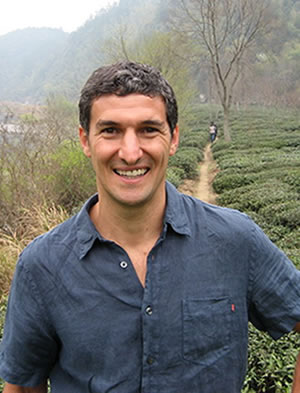 Goldman started out brewing the tea in his kitchen and storing it in thermoses. After only five weeks spent perfecting the brewing process, he brought samples of and a mock-up label to a meeting with the company that is now Whole Foods Market, hoping that they would place a small order. They asked for 15,000 bottles. Honest Tea is now the top-selling bottled organic tea in the U.S. 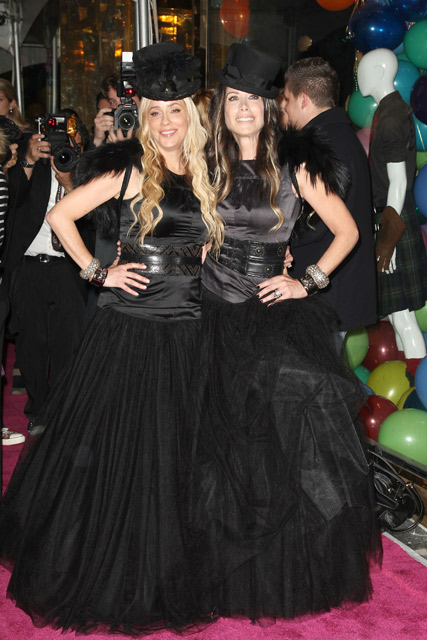 Skiast-Levy and Nash-Taylor didn’t want to start a business in debt. Instead, they started their clothing empire with $200 of their own money, and applied for a revolving line of credit. Neither took a salary for two years while they designed and produced the now-ubiquitous terry and velour tracksuits that would make them famous. Juicy Couture Clothing is now sold at Saks Fifth Avenue, Neiman-Marcus, and Bloomingdales. 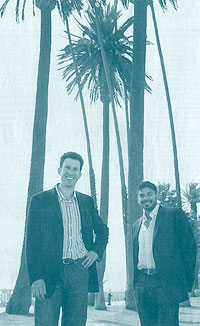 Neuberg and Varma, who both had experience as tutors, met in business school and launched their test prep company in 2002, financing themselves with personal credit cards. After nearly going broke the first year, the company started becoming profitable. By 2004, Revolution Prep had more than $1 million in revenues, and by 2007, their first-quarter sales topped $3 million.

Hoak and Benbow “met” on an internet message board and came up with the idea for a site that lets fans analyze hypothetical NBA trades. Based in Illinois and Australia, respectively, the two collaborated on Trade Checker, later enlisting the help of Essman.

Not only was the idea a hit among NBA fans, it also attracted the attention of real NBA general managers. In addition to licensing RealGM software to teams for approximately $30,000 a year, RealGM.com has become one of the world’s most popular sports websites, attracting over 20 million page views per month. 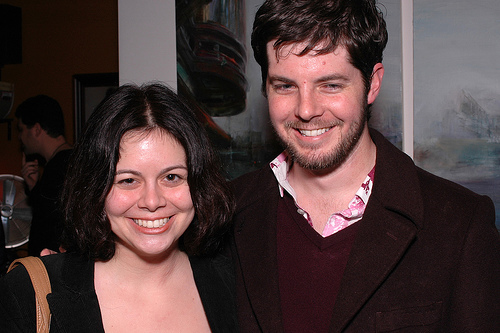 Husband-and-wife team Mena and Ben Trott developed Movable Type as a tool for Mena’s personal blog posts. When they offered it online, there were over 200 downloads within the first hour. From their apartment, the Trotts (who were also high school sweethearts) launched software company SixApart, now a multi-national provider of blogging tools with more than 10 million estimated users.

The snappy email newsletter that highlights everything from restaurant openings to eyebrow waxing was first sent in March 2000 to a 700-name email address list, authored by Levy herself. In a few short years, the subscriber base approached 3 million, e-mails were targeted locally, and spin-offs (Daily Candy Kids) became profitable in their own right. Comcast purchased Daily Candy in 2008 for $125 million.

So there you have it–a few inspiring success stories we all can relate to. At Resource Nation, we work with thousands of entrepreneurs a month, and one thing is apparent: There’s no “sure thing” business or industry. Whether you’re starting a software company from your garage or an exercise class at your local community center, dream big. These entrepreneurs are proof that those dreams really do come true.

Merrin Muxlow is a writer, yoga teacher, and law student based in San Diego, California. Merrin writes extensively for Resource Nation, an online resource that provides expert advice on purchasing and outsourcing decisions for small business owners and entrepreneurs. She frequently contributes to several sites and programs that offer tools for business owners, including Dell, BizEquity, StartUpNation, and bMighty.