If you’re a chef, musician, cleaner, model, or just anyone, you should be afraid. Very afraid. You’re about to lose your job – and when robots rule the employment roost, don’t be surprised if you end up losing your life too…

Note: the following is pure speculation and may be an example of mass hysteria mongering. 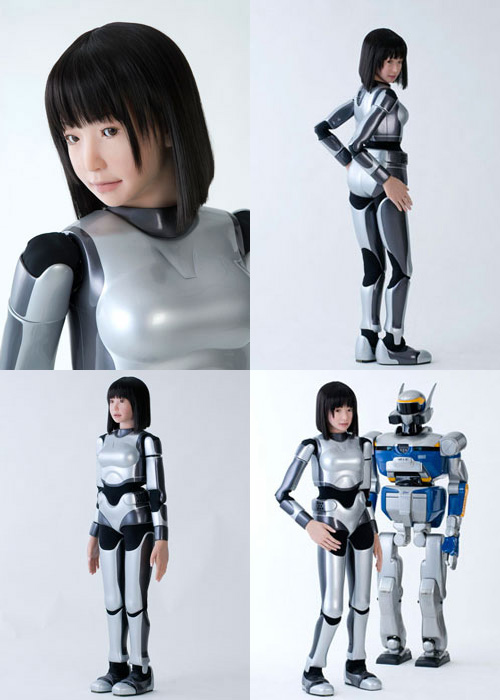 This saucy sexpot fembot (just check out that ass!) has an unlimited capacity to eat tiny designer salads, pull perfect pouts and snort endless lines of cocaine. Due to its total lack of human feelings it is perfect for the utterly superficial job of supermodel and won’t spiral into an emotional breakdown everytime something nasty is written about it in the papers. Let’s be honest, we won’t miss the tiny-minded bunch of turkeys we’ve got as models at the moment. And anyway, robots are sexaaay… Unfortunately this robot is more deadly siren than heavenly angel as, true to form, concealed in her bosoms are large calibre machineguns (have I watched too Austin Powers too many times?). To be honest, I still find this damn sexy… And just so you know, when the fembots take over, all you out of work supermodels can come stay with me. 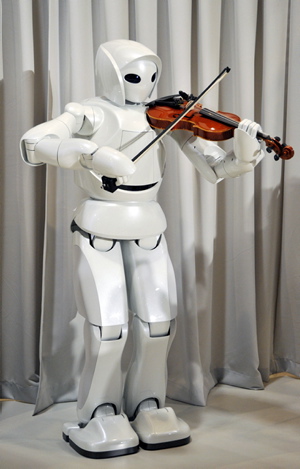 Concert violinists and music teachers the world over, be afraid. Be very afraid. Toyota’s ‘Mobiro’ is a 5 ft. tall robot with an uncanny ability to play the violin. And here’s the bad news: ‘Mobiro’ is only the latest in Toyota’s ensemble of musical robots that already includes a trumpeter, trombonist and several others. It uses its 17 computer controlled joints and agile fingers to hold the instrument and delicately sound out sweet airs – but don’t be fooled by its humanoid charms. Once ‘Mobiro’ and its friends have replaced all the musicians in the world (and hold a monopoly on your ears) they will begin to transmit inaudible telekinetic pulses designed to reprogram and enslave us. Before long we’ll all be dancing to the beat of their drum – as long as we’re not immediately earmarked for euthanasia, that is. 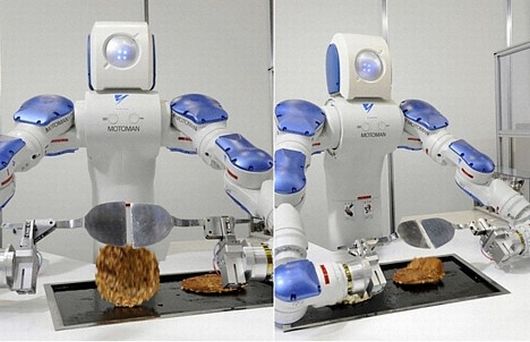 Are you one of those chefs who always burns the toast and struggles to remember how long you boil an egg for? If so we have an announcement for you: YOU ARE BEING REPLACED BY A ROBOT. ‘Motoman’ can produce over three dozen savoury Japanese pancakes in four seconds (or something like that…), is never late for work and never makes mistakes – bad news for all those chefs who consider the microwave essential to haute cuisine. But even worse news is that once ‘Motoman’ is installed in every restaurant and diner in the land, he will start to adopt the attitude of the ‘soup Nazi’. The weak will be selected and brutally made into perfect pieces of sushi, before being force-fed to the rest of us whilst we are held in an electrified pen, guarded by cruel robot sentries. 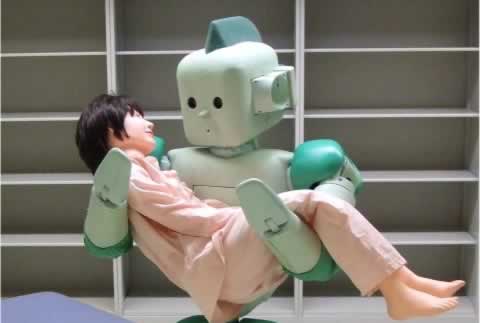 RI-MAN is the world’s first robot designed to lift and carry humans, and before long will put all those working with the elderly out of a job. Not only can RI-MAN lift up the elderly when they get bored of scrabble and place them down in front of the TV, but it can also serve them up their mushy food, as well as use its ability to see, hear and smell to sense when they’re about to go into cardiac arrest. Unfortunately, once we’re all lying helpless in our own mess, relying on teams of robot helpers to move us around, it won’t be that comfy chair in front of the TV they’ll be dropping us in – but a giant extermination pit, brimful of acid. 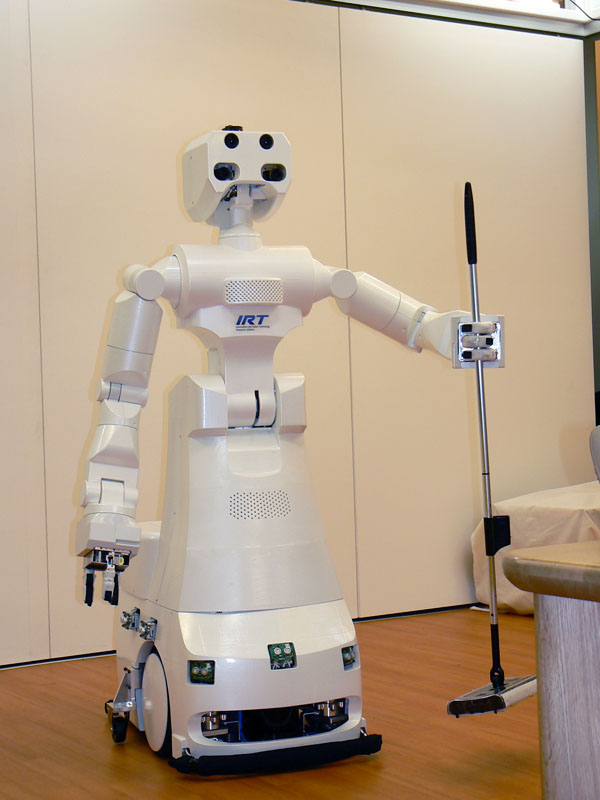 Tokyo University’s Home Assistant robot can carry out simple domestic chores such as wiping floors, washing, cleaning dishes and even moving furniture. It is equipped with 5 cameras and laser sensors, and 6 hands with three joints each. Cleaners and mothers everywhere will be out of a job when HAR gets its act together, and then instead of placing dirty laundry in the washing machine HAR will be placing you and your children in there. 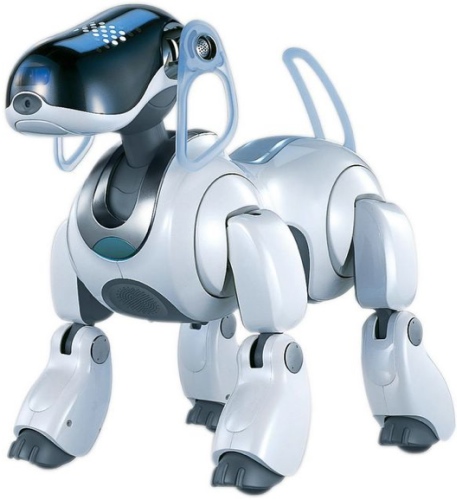 Sony’s AIBO robot dog is able to walk, ‘see’ its environment via camera, and recognize spoken commands. Added to this it’s damn cute – in a manly sort of metallic/gadget way – and will soon have the standard family dog out of its job. AIBO was marketed as a novelty alternative to a real dog that places its owner firmly at the cutting edge of artificial intelligence technology, and perfect for the kids to play with as it won’t bite or make any mess (what’s not to love?). What they don’t tell you is that it is programmed to transform from cute ‘family dog’ into vicious ‘attack dog’. Once the robots’ take over of the world is complete AIBOs will patrol the streets in brutal gangs, mauling anyone out after curfew hour. 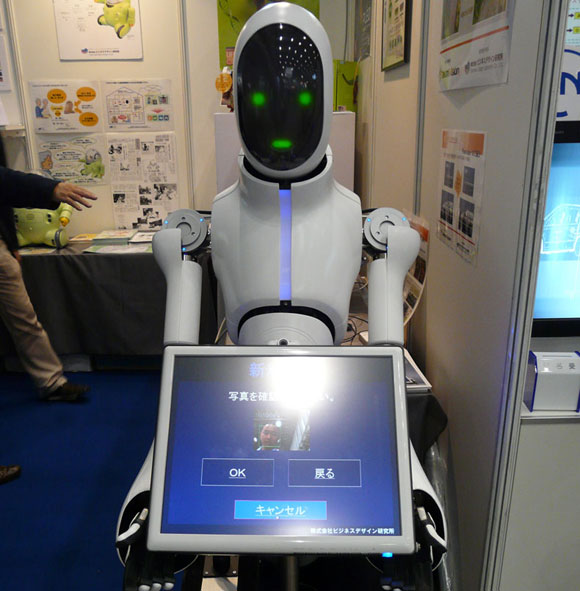 The MechaDroid Type C3 robot receptionist uses face recognition technology to recognize the faces of visitors to a company’s reception desk. The MechaDroid never makes mistakes, knows perfect directions for everyone and eliminates all those awkward conversations with receptionists, but it does have one drawback – along with those little conversations goes the chance to flirt. Eventually all receptionists will be history and a MechaDroid will control entry and exit of every firm, store and home in the country. These unflinching droids will at first deny us access to all public buildings, and soon after be used to trap us in our own homes indefinitely, forcing us to face slow death through starvation. 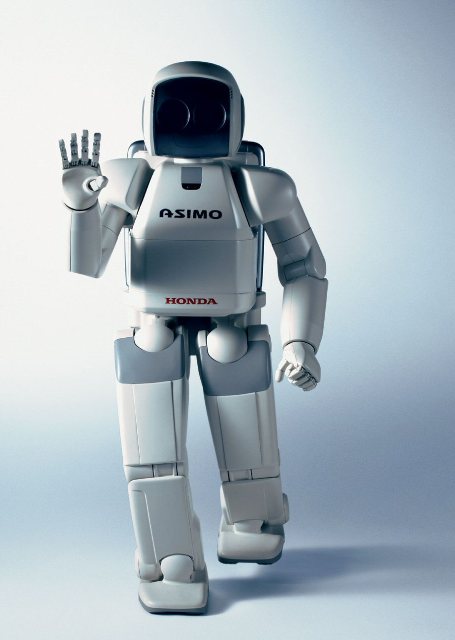 If you are a hotel butler or a waiter you’d better watch your back – there’s a robot out there that’s after your job. ASIMO can greet and escort guests, and after getting its assigned humans sorted out, can deliver trays of drinks. This humanoid biped is ‘comfortable’ around humans (meaning it can choose its movements independently) allowing it to dodge spewing drunks or unwanted groping hands at parties. Yes, it’s true, having a robot sounds like no substitute for a cute young waiter or waitress, but let me remind you of the HRp-4C robot supermodel – a mechanised waitress who is also hot? Beauty. In the future Asimo will deliver tiny parcels of radioactive matter before forcing us to eat them, rendering our brains useless lumps of jelly.