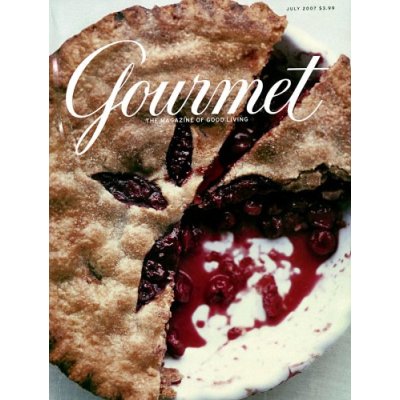 Conde Nast will announce the closure of Gourmet magazine–and several other titles–this morning. The New York Times has more:

The magazine has sustained a severe decline in ad pages, but the cut still comes as a shock. In addition to Gourmet, Condé Nast plans to announce it will also close Cookie, Modern Bride and Elegant Bride. Cookie is a relatively new introduction, started in 2005, while the bridal magazines were seen as offshoots of the bigger Brides magazine, which Condé Nast also owns.

The cuts come at the conclusion of a three-month study by McKinsey & Company, which conducted analysis of Condé Nast’s costs, and told several magazines to cut about 25 percent from their budgets. These are the first closings announced by the company since the McKinsey study.

Condé Nast tends to hold tight to its prestigious titles, making the Gourmet closing all the more startling. In an interview in February, even Paul Jowdy, publisher of the in-house rival Bon Appétit, said that such a closing was unlikely. (To be fair to Mr. Jowdy, the economy has plummeted, and Condé Nast has been hit particularly hard since then. Its magazines have lost more than 8,000 ad pages, excluding its bridal titles, so far this year.)

Why fold the more prestigious title? I hope Conde Nast maintains Gourmet online, the way they did Portfolio.