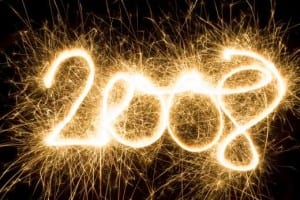 If one sentence comes to mind regarding this year, it is “Good riddance.” On its coattails, next year’s sentence: “I hope it doesn’t get too much worse.” Collectively, there’s a feeling akin to a strong hangover, the kind that chooses its own terms of exit rather than yielding to the traditional 3,000-calorie breakfast, Gatorade and painkillers. If there’s any consolation, it is that all hangovers eventually fade, unless you continue to engage in the activities that created them in the first place.

On that dour note, here are the losers and winners of 2008. I wish everyone a happy New Year, full of debauchery and lightheartedness, to conclude this very tumultuous year:

The Stock Market
Is it still a bear if it hibernates for multiple years? Perhaps Rip van Winkle, Comatose Grizzly, or Thing of Yesterday would be more apt terms for today’s stock market. The NASDAQ lost 43% this year; the DOW lost 35%. According the the BBC, the rest of the world fared no better:

The 401K
Like the stock market, this former fortress of savings crumbled after the credit crisis creamed its foundation. Its decimation revived the notion of stuffing money in mattresses for safekeeping.

Financial Services
While executives with golden parachutes floated majestically away to the Bahamas, luxury cars trailing behind, the rest of the sector bore terrifying losses that may change the face of the industry forever. The casualties?

–More than 52,000 jobs, and counting.
-Money. Lots of it. The numbers are vague and of ridiculous proportion: $270 billion. $1.3 trillion. $460 billion. Add to that Bernie Madoff’s piddling $50 billion, and you have a Godzilla-sized number that even the US Mint can’t keep up with.
-Confidence. Investors used to put their faith in the wizards behind the sector. So what if you didn’t completely understand where exactly your money was? It was giving you returns, right? That was all that mattered, then. Today, people shirk what they now see as the Wall Street Ponzi scheme. It is sad to see an American institution foiled by bad apples. It is also dismaying for the people who try to make an honest living within the industry.

The Media
PC Magazine, Success, Harper’s, McCalls, Madamoiselle, Life, Lifetime, Omni, Playgirl (I know you’ll miss that one)…the list of 2008’s dead magazines , too long to recount here, was coupled with the shutting down of a number of print newspapers–the Christian Science Monitor comes to mind–and catastrophic losses in mainstream media (MSM) to make for a dismal year for yet another of society’s pillars. 2008 provided a steeper slope for something already gathering momentum, but this year, the shuttering also became painfully obvious. I’m crossing my fingers that as the thing goes kerplunk, the Web will continue to allow for quality, independent discourse.

Economists
As in, the 90% of economists who had no idea that this was coming. Why did so few of the experts predict the crash of ’08? Was academics’ thinking so marbleized in institutional assumptions that no significant number of people could conceive of the notion that the economy was running on fluff? I understand that groupthink has a role to play, but on the other hand, it ain’t meteorology, so someone should have known something…

Home Prices
So much for flipping houses. CNN Money reports that

The 20-city S&P Case-Shiller index has posted losses for a staggering 27 months in a row. In October, 14 of the 20 cities set fresh price decline records.

In other words, prices are back to 2004 levels. Time to sit tight and wait for stimuli to wake the market back up.

Consumer Confidence
According to Bloomberg, consumer spending accounts for 70% of the economy. Unconfident consumers don’t fork up. The result? The Conference Board’s index (created by a private research company) of consumer confidence fell to 38, the lowest level since records began in 1967…

Retailers
Retailers this year had the worst holiday season in at least 40 years. Ouch.

Jobs
This US index reports that we’re edging towards 7% unemployment. Another source claims 700,000+ unemployed people. The latter number is roughly the size of the population of Alaska. Makes you wonder…

The Fannie Mae Board of Directors
Dean Baker from Beat the Press relays the following:

It’s good work if you can get it. The Washington Post reports that Fannie Mae announced its new 10-person board of directors today. The article reports the members will get $160,000 each, with the chairperson getting $250,000. Heading a committee can get you an additional $25,000.

The remarkable part of this story is that the Washington Post reporter could not find a single person who thought that paying part-time workers $160,000 a year was a bad idea.

Big Lenders
The survivors, that is: Citigroup, AIG, GMAC, JP Morgan Chase…I do not speak for the employees of these companies, but for the companies themselves. In context of one of the biggest economic disasters in US history, these organizations were fed billions of dollars, practically under the table, and remain propped up by the US Mint. Not many other businesses can claim that kind of assistance.

The iPhone
AAPL is down this year, but the company should be proud to know that its landmark product has created a new standard for cell phones. Apple is still the sexiest computing product around, and it has the iPhone to thank.

Smart Shorters
A few investors caught on to the downfall and made off handsomely. Hedge fund manager Bill Ackman, for example, shorted FNM and FRE shares before the two GSEs were taken over by the state. He was rare, but he wasn’t alone. For unusual investors like Ackman, the crisis paid off.

Barack Obama
He won, through charisma, promises, positioning…and by raising $750 million in funds. Barack Obama’s campaign persuaded people to donate who had never even considered the thought before. His skill and acumen paid off. Now, all he has to do is rescue the flailing nation. But we’ll worry about that next year.

Social Networking
Twitter, Facebook, Digg, Reddit, big players, innumerable microniches…social networking propagated virally this year, seemingly immune to the fact that everything else was falling apart. Nobody’s sure how to make money off it, but users continue to proliferate like mad, making the concept and the software one of 2008’s biggest winners.

The Beijing Olympics
Amidst controversy and concerns, China’s government successfully showed its PR mettle during this year’s Summer Olympics. Was it a victory for the people of China? I don’t know. However, the event thrust China into the public eye and allowed it a display of pomp and glory. The event garnered international interest, unveiled one more aspect of what Westerners consider a mysterious country. In that sense, Beijing was indeed a great success.

Doomsday Scenarios
People are pushing doomsday so hard that it could be called one of the greatest trends of 2008. Some, like the mainstream media, do it subtly, through headlines and dour-sounding articles. Others shoot straight about an impending collapse of the US economy.

Are they right? Yes, to a point. The idea needs to be taken in reasonable doses, from sources who have evidence-based arguments.

Consumer Discounters
Dollar- and thrift stores have thrived this year, as has Wal-Mart and a selection of other consumer discounters. When the going gets tough, the tough get cheap, and purveyors of cheap goods win. Expect this trend to continue through 2009.

Honorable mentions:
The healthcare industry
Anyone with a golden parachute
Staycations