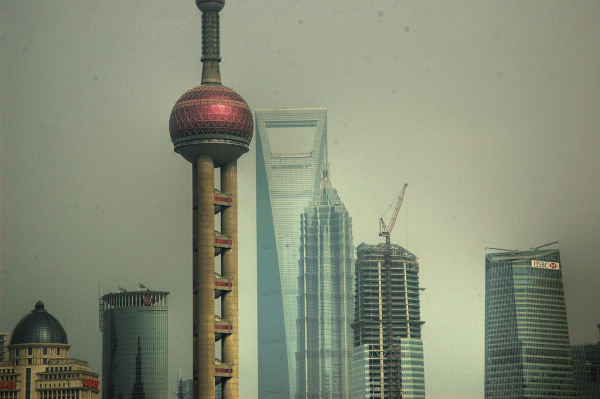 But in a sign that world markets are adjusting to the bad news in China, stocks elsewhere rebounded. London’s fuse 100 was up 2.9 percent, in what The Guardian dubbed Turnaround Tuesday, and both Dow and S&P futures are sharply up ahead of trading in the United States.

China’s official Xinhua news service called it “another nightmarish day” of trading, notably tying the chaos to a global phenomenon: “Investors have been rattled by an exodus of capital from emerging markets to the United States as its interest rate hike is expected as early as September.”

Meanwhile, China’s central bank decided to lower interest rates to boost “long-term liquidity,” the latest in a summer of attempts to prop up the flagging economy. It’s also the fifth rate cut in the last year.

China’s interest rate move is its fifth cut this year, after a long period of stability http://t.co/ke1kXAAoEE pic.twitter.com/zLlYpMJtaL

But according to Tao Dong, an Asia economist with Credit Suisse Group AG in Hong Kong, Beijing will need to do more than just stabilize stock prices.

“China needs extra liquidity to prevent systemic risks,” he told Bloomberg “But ultimately, fixing the economy is more important than fixing the stock market and advancing reforms is critical.”

In another attempt at boosting investor confidence, officials also announced on Sunday that pension funds would be able to invest in the stock market.

A turnaround, even in markets other than China’s, would be welcome. The past three days of sell-offs have seen almost $3 trillion worth of stocks wiped out.