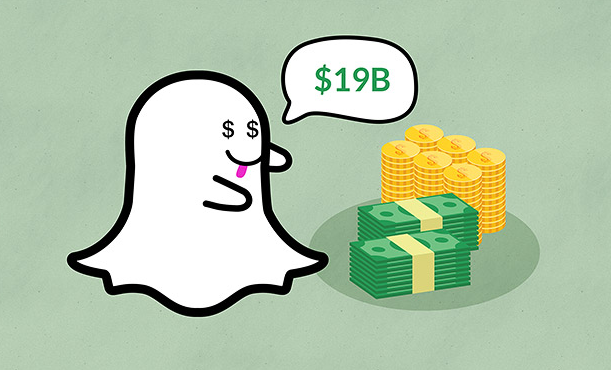 I use “worth” in quotes because this is the valuation many analysts are giving Snapchat in June 2015. The valuation is warranted based on the $200 million laid down by Alibaba and the investment from 23 funds that equated to a valuation of around $10 billion in 2014. Why are these investments being made? Does Snapchat have a monetization model that has yet to be released? Yes, and no.

As with almost all social media applications and websites the monetization model involves advertising. When millions, sometimes billions, of eyeballs are on a screen companies and businesses want an opportunity to display their brand. Many brands are willing to pay a premium to gain access to these users. Snapchat is the place where the younger generation is spending time. In August 2014, approximately 71% of Snapchat users were between the ages of 13-24. In May of 2015 Snapchat CEO Evan Spiegel disclosed that Snapchat is close to 100 million active users. By crunching the numbers we can quickly see that Snapchat has over 700,000 teens and college students using their app on a daily basis.

While it is great to have a highly engaged community using an app there comes a time and a place when said app needs to make money. Twitter has twice as many users as Snapchat and they are struggling to generate revenues that please investors. After Twitter’s last earnings report the stock plummeted over 20% in a single day. Since the completion of the conference call Twitter (TWTR) is down 30.5% and there has not been a dead cat bounce. The stock is performing so poorly CEO Dick Costolo stepped down last week.

How Is Snapchat Going To Make Billions?

If Twitter is struggling to make money how is Snapchat going to make money? Snapchat is a much different application than Twitter. Snapchat is an app that allows users to decide what they want to consume. The only way a Snapchat user can consume content is to actively hold their thumb or finger on the screen. This means their eyeballs are locked to the content and they are taking in every second. Twitter is pushing content in front of users rather than allowing the users to decide which Tweets they want to see.

Snapchat has used this active community to sell to advertisers. Early advertisers paid as much as $750,000 a day to have an ad placed in the stories published by the official Snapchat account. These Snapchat Stories range from life in a specific city to popular sporting events. Each story lasts 24 hours but register millions of views because of the sense of urgency. If users do not see the story in the first 24 hours they will never get to see it.

This sense of urgency has created a generation that consumes content in a much different way. There are no bookmarks, favorites or saved URLs. You cannot send Snapchat Stories via email or Facebook. The only way to view a story is by pressing the screen a smartphone for the amount of time of the story. This is why advertisers are excited about the opportunity to work with Snapchat. It is also why Snapchat might truly be worth $16 billion. What do you think?

In 2008 I began to study why and how people search. This included a deep understanding of Google algorithms, internet trends and the psychology of how we use the Internet. This knowledge has allowed me to help business owners reach their target audience and potential customers that are looking for information or services on their computer or smartphone.