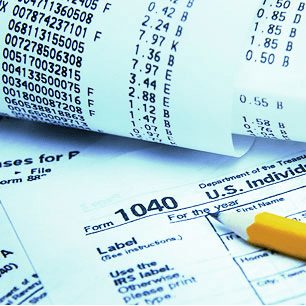 Ever since the candidates started debating I’ve wanted to understand how their respective tax plans stacked up. I have heard too many people repeating what one or the other of the candidates have SAID about their tax plans. But what will the candidates really DO?

A little preliminary research revealed that the full picture is complicated, but what I really want to know is how will those plans affect ME. And by me, I’m also referring to my neighbors, most of the people in my town, and the middle class in general. (And a lot of us are ‘small businesses’ or we file a Schedule C.) Specifically, what I want to know about are all those great tax cuts we got in 2001 and 2003 going to stay or go away.

Here’s the scoop according to the Committee for a Responsible Federal Budget.

Senator McCain supports renewing and making most of the major tax cuts enacted in 2001 and 2003 permanent, which will otherwise expire at the end of 2010. The cuts include:

This estimate is the cost of making all of the tax cuts permanent.

Senator Obama supports renewing and making all of the major tax cuts enacted in 2001 and 2003 permanent for families making less than $250,000, which will otherwise expire at the end of 2010. The cuts include:

In developing its proposals, the Obama campaign assumed for the purposes of its baseline that the rest of the 2001 and 2003 tax cuts would be renewed and then proposed reversing several of the cuts in order to pay for other proposals.

This estimate is the cost of making all of the tax cuts permanent.

For most of us, McCain’s and Obama’s plans look pretty even. However, if you fall into the top two tax brackets of 33 percent and 35 percent, under Obama’s plan your taxes will revert to the pre-2001 levels of 36 percent and 39.6 percent. Obama will also phase out certain tax benefits for people making over $250,000.

I’m no economist so I can’t tell you how the differences would affect us as a nation. However, if you’re looking at the plans from a selfish perspective, depending on your situation it’s only clear who’s plan you like better if you’re in the higher income brackets.

The rest of us will have to make a decision based on something else. But what?