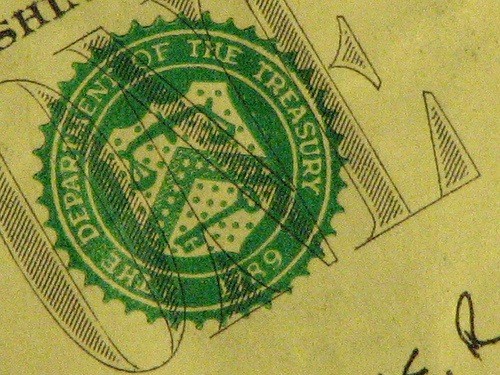 Sorry to insult the intelligence of a few very smart folks out there, but considering the vast amount of financial news we’re digesting every day, I thought a refresher on the national debt and the national deficit was in order. If you’ve been confused by these terms, you’re in good company. I read a newspaper article last week that used the meanings of these two very different things interchangeably. So what are they?

What is the National Debt?

The national debt is the total amount of money owed by the US Federal Government to creditors who hold US Debt instruments (like Treasury Bills and Savings Bonds). It includes all federal debt held by states, corporations, individuals and *this is the kicker* foreign governments. Yes, you heard right. We borrow money from other countries’ governments to finance our own. Which really means that we’re borrowing from their citizens to pay for programs for our citizens. It’s a head scratcher I know. By the way, that doesn’t even include the amounts we’ve promised to pay out for Medicaid, Social Security, and Medicare.

The National Debt is also known as the public debt or the government debt.

Now that we’re clear on debt, let’s move on to that other D word.

What is the National Deficit?

The National Deficit is a budget deficit of the federal government. If the government drew up a spreadsheet and subtracted all the expenses from all the income, they’d come up short. The amount of this shortfall is the national deficit. They spends more money than they earn. So, just like you do when you really, really, really want those Jimmy Choos, or the cool new bike, or the newest iPhone, the federal government takes out a loan. Where you use plastic, the government uses Treasury Bills and Savings Bonds. And this brings us back to debt. As deficits accumulate, they must be financed. That’s where the confusion with the terminology sets in.

I hope this shines a little sunshine your daily stroll through the financial press!