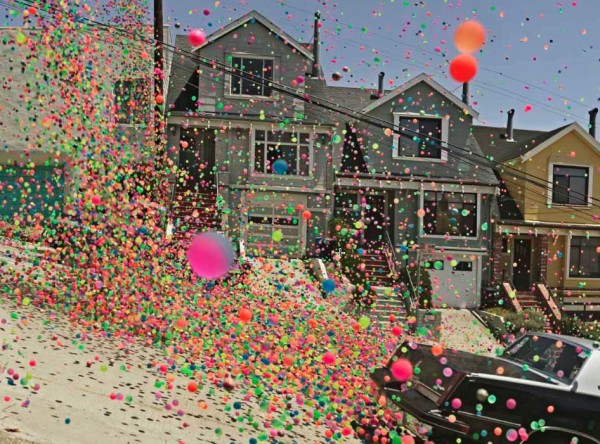 Creativity is key to the advertising industry. When you’re selling something, you’re not just selling the product itself; you’re selling a concept, an idea, a lifestyle. The world’s most successful advertising companies realize this, and concentrate on new and effective ways to tap into an idea that resonates with their audience. In TV and cinema advertising, the competition to make big ideas and strong strategies work with original creative devices is intense. No matter what the cost is, the most important factors in a successful campaign are the creative processes behind it. Here we take a look at what made the most creative ads ever just that! 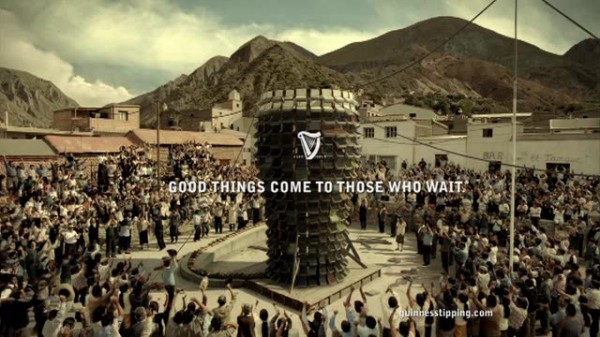 Filmed in Argentina and costing $16m, the ad is directly inspired by Honda’s domino style ‘Cog’ ad (see below), and shared with that piece an incredibly demanding shooting schedule and a general shunning of special effects. Fuglsig cited a number of factors, including the high altitude of the location and the number of extras involved, which contributed to the ‘biggest challenge’ of his filmmaking career. 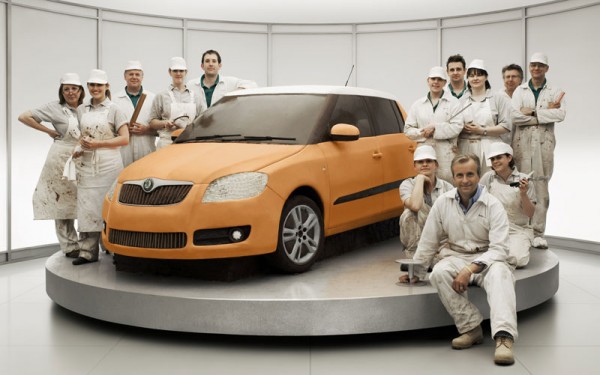 A superb example of advertising on a grand scale, this commercial for the Skoda Fabia from Fallon Worldwide depicts a group of cooks creating a life size Skoda-shaped cake.

Set to the sound of Julie Andrew’s ‘My Favorite Things,’ the ad took 16 people four days to make. At around $820,000, the one minute ad cost 62 times more than the cost of making a real Skoda. However, the film’s director, Chris Palmer, was convinced it was worth the money: “Thank God we did it for real,” he says. And he’s not the only one; the 2007 ad is fondly remembered, and did the Skoda brand all sorts of favors. But what happened to the cake? Unfortunately, after all those hours under the studio lights, it ended up being donated as compost. 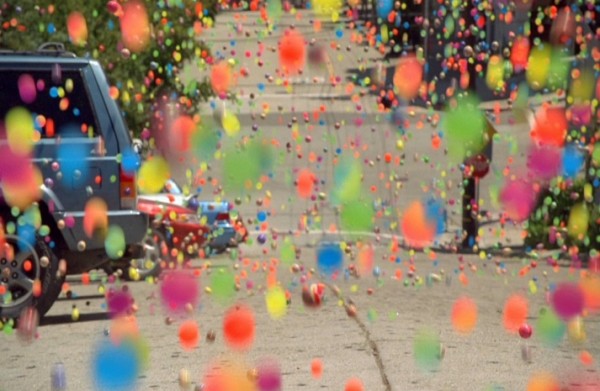 Danish commercial director Nicolai Fuglsig’s second appearance on this list is down to his work on the incredibly successful ‘Bouncing Balls’ ad for Sony Bravia.

Featuring 250,000 balls released on the largest hill in San Francisco, and set to the relaxed tones of Jose Gonzalez’s version of The Knife’s meditative track, ‘Heartbeats,’ the 2005 advert has become a recognized industry classic. 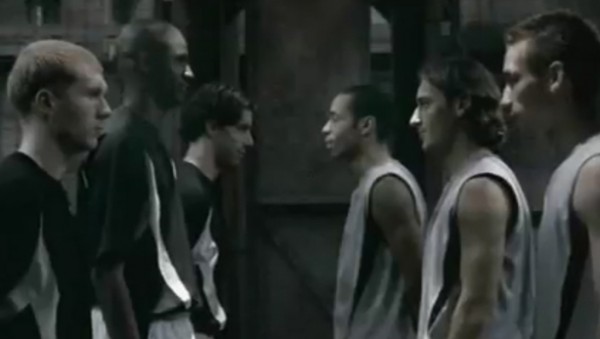 Shot at the end of 2001, the ad features 24 of the world’s best soccer players showing off their skills in a hidden competition in a gigantic cage on a cargo ship. The three minute ad cost around $14.5 million to produce and featured an old Elvis vocal track, ‘A Little Less Conversation (A Little More Action),’ set over thumping dance music – which subsequently became a hit single in its own right. While the ad attracted some controversy, with soccer’s governing body FIFA describing it as ‘ambush marketing,’ the large-scale campaign (with a reported overall marketing budget of $100m) is remembered as a high quality success. 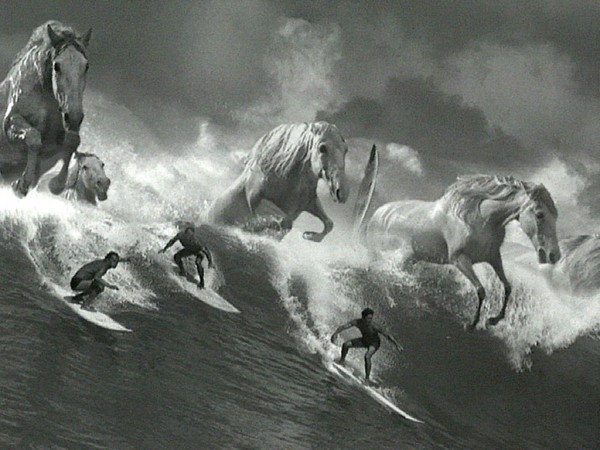 Another Guinness commercial, this 1999 offering, directed by experienced advertising director Jonathan Glazer (the man behind critically acclaimed British movie ‘Sexy Beast’), is instantly recognizable from its imagery of crashing waves and white horses, and its soundtrack of a rousing voice over hypnotic music.

‘Surfer’ was shot in Hawaii over nine days and was inspired by Walter Crane’s 1893 painting, ‘Neptune’s Horses.’ Rarely has a television advert captured a mood so eloquently or as effectively as here. Universally acclaimed, the ad went on to win a number of awards, and in 2002 was named the ‘Best Ad Of All Time’ in a poll conducted by the British Sunday Times. 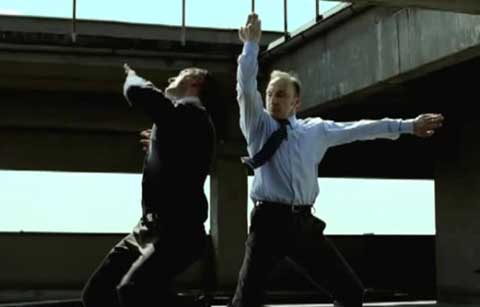 Set in the VW Polo factory in Germany, the ad followed an engineer fighting wave after wave of opponents, each one an exact double of himself. “Sometimes the only one you have to beat is yourself,” ran the voice-over. 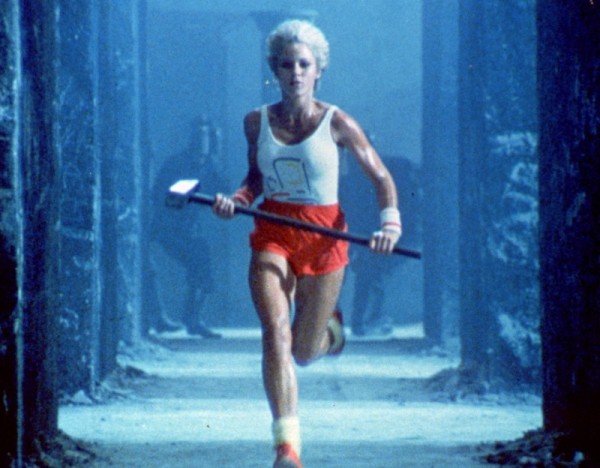 Apple’s Orwell-inspired advert from 1984 can be seen as a kind of grandfather – or indeed, a big brother – to the kind of high concept original creativity so important to advertising today.

Directed by Hollywood director Ridley Scott, and dreamed up by Chiat/Day to introduce the world to the Apple Macintosh, the unusual yet highly memorable advert features a nameless blond athlete running through a dystopian landscape to the disturbing soundtrack of a bizarre authoritarian speech. Notoriously, the advert was only ever aired during the daytime once in the 1980s, during the third quarter of Superbowl XVIII. Since then, it has cropped up on compilation shows, and has rightly become regarded as an industry classic and a watershed in creative advertising. 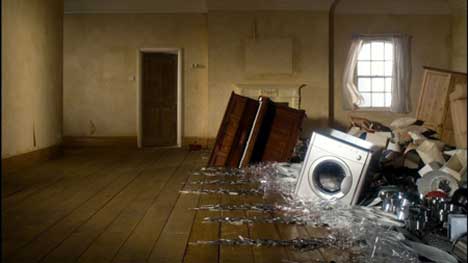 This deceptively simple yet visually effective stop-motion advert, from London based agency CHI & Partners, appeared in 2007.

Featuring waves of household clutter crashing into a room and then drawing back again, the ad beautifully frames the concept behind the storage company effectively in just 30 seconds. The inspiration seems to have come from close to home. As creative director Charles Inge says: “This ad could have been filmed in my house. Every night it looks as though it could it have been hit by a tidal wave. In my next life I will go minimal.” 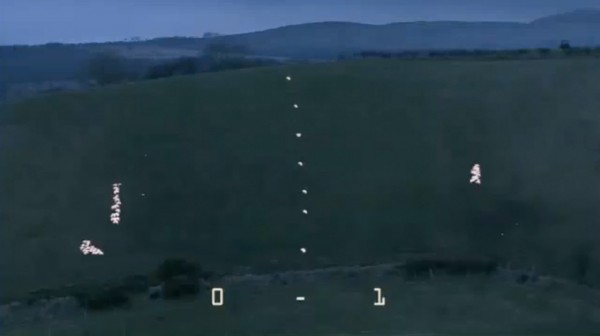 Fresh, original and funny, The Viral Factory’s 2009 ad, ‘Extreme Sheep LED,’ for Samsung’s LED televisions, goes to show the kind of fantastic results that can be gained from a great idea, hard work and plenty of planning.

The 200-second ad features scores of sheep with LED displays on their backs being shepherded en masse (by real-life farmers) to create a light show with a difference. At the time of the campaign’s start, debate centered on whether the film was ‘real.’ While a lot of the footage is indeed genuine, as Matt Smith, Viral’s co-founder, explains, some help was needed: “The sheep herding bit is straight up – no trickery but there is a fair amount of computer trickery and post production work. We thought the Mona Lisa was the big wink to people – once they saw that we thought they would realize it was not all real.” 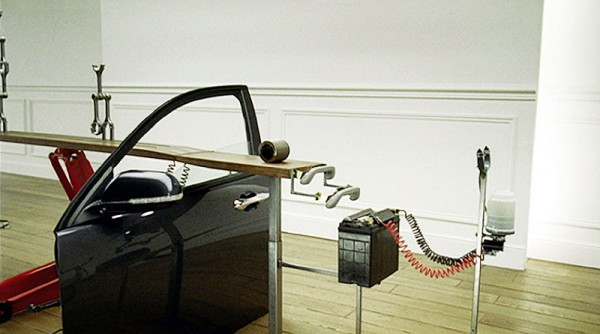 British agency Wieden + Kennedy’s 2003 advert for the Honda Accord, as part of their ‘The Power of Dreams’ campaign, is probably one of the most famous adverts of recent times and stands out as an undisputed classic.

The famous 120-second film, which cost $1.6m to produce, features the pieces of a dismantled Accord propelling themselves domino effect style, before finally releasing a fully functional car. The work that went into the making of ‘Cog’ is testament to the skill and vision of the creative team, not least director Antoine Bardou-Jacquet. After the scripting and two months of conceptual drawing and storyboarding, then four months of practical experimentation, the actual shoot must have come as something of a relief. Four days of filming were required to get two 60 second shots of the sequence, and it took 606 takes to get them. This incredibly detailed work must have been more than demanding but, as critical acclaim, numerous awards and a lasting legacy have shown, it was all worth it.