Readers: Please note when this article was published. Things have changed since then.

It’s official: The United States financial crisis has reverberated around the world. Wall Street’s supernova imploded into a black hole, swallowing up the national economy, then destabilizing most locations reachable by commercial jet. That is to say, everything, everywhere.

Nonetheless, some countries are faring better than others in this stage of the crisis. While Spaniards offer banks their house keys, Malaysians shrug. While Americans talk nonstop about the Second Great Depression, Dubai investors are enjoying one of the biggest real estate booms in the tiny United Arab Emirates’ history. Thailand sighs with relief at its sizable reserves, and Armenia finally thanks the heavens above for its obscurity.

Here are ten countries suffering 80-100% less than the United States:

I was surprised to learn that China may not be dramatically affected by the United States financial crisis. As it turns out, we in the US rely far more heavily on China than she does on us.

China owns roughly 19% of US treasuries; if needed, it plans to use its sizable budget surplus to snap up even more. In addition, the United States gobbles up the majority of Chinese-made goods, meaning a decrease in consumer demand here will make for a chilly Chinese export market.

However, China is not solely dependent on the United States for financial stability. A host of new trade agreements mean China has a number of potential suitors waiting for vast quantities of goods. Domestic demand is also on the up-and-up.

Finally, China’s financial system has been closed for many years, protecting it from shady assets. Though the country will feel the international slump, its banking system is probably safe. Its high domestic demand, huge pile of capital, and numerous other major trading partners will counter the effects of US contagion.

Bad News: China would be badly hurt by a downturn in export demand from the United States and Europe. It may yet be seriously affected.

Good News: They can rely more on domestic demand and demand from less-affected countries, such as Brazil. They’re also sitting on a mountain of cash, which they are using to help bail out the United States.

Latin American economies have boomed over the past few years. Brazil, unlike some of its neighbors, stabilized its domestic economy while positioning itself for increased foreign investment. The United States is currently Brazil’s biggest trading partner, but is looking to boost transactions with China and India, other major partners.

Good News: Brazil is positioned to take advantage of trade agreements and foreign direct investment from India and China, two economies at the top of the world ladder. 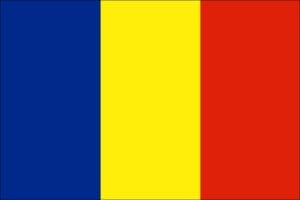 Romania’s banks are barely exposed to international lenders. Therefore, any economic slowdown it feels will be a secondary result of global patterns. No shocks have occurred in the country itself.

Known by its own journalists the “tiger of the east,” Romania’s economy has been growing rapidly for the past few years. Though heavily embroiled in the EU’s economy, especially Italy’s, Romania is one of the world’s biggest military equipment exporters.

Bad News: High exposure to the EU and foreign direct investment subject Romania to the general effects of the coming global recession.

Good News: The country remains a hot FDI destination for European companies looking for a good deal. Its strong IT services sector—like a mini-India for the EU—is especially attractive. And then there’s that military thing, a sure winner in today’s conflict-rich world society.

AIG’s gigantic Thailand subsidiary, AIA Thailand, has more than half of the Thai market cornered. It’s also sitting on 286.67 billion baht worth of reserves (about 8.3 billion US dollars), 383 billion baht ($11.1 billion) worth of assets, and capital funds worth roughly 1100% of the legally required minimum.

Foreigners affected directly by the US financial crisis may have outstanding loans in Thailand. The country, however, isn’t worried, because the amount of these loans is relatively small.

Good news: It’s sitting on a pile of cash. 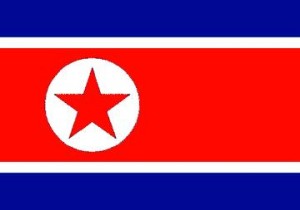 Although the country has recently enjoyed burgeoning trade ties with South Korea and China, both vulnerable to the US financial crisis, North Korea remains isolated enough to limp through the financial crisis relatively unscathed.

Good News: North Korea’s economic isolation will, for once, come in handy. 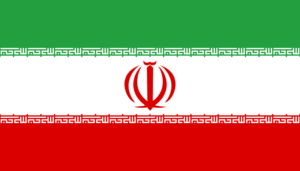 Longstanding sanctions have kept Iran’s economy relatively insulated from foreign investment outside of a select few sectors. One of those sectors is oil—and China is one of its biggest trading partners. A fortuitous arrangement for all.

Bad News: Iran trades a lot with Europe, which is moldering under the financial crisis.

Good News: Iran does not trade with the United States. It does, however, provide petroleum to oil-hungry China, a business that should float the country for at least another decade.

This Southeast Asian country hosts a number of multinational manufacturing facilities. Though some of these companies are in the United States, experts say that bad times will promote more offshore production in bargain-rich Malaysia, not less.

Bad News: Malaysia does a lot of business with the United States.

Moroccan officials claim not to be affected by the United States financial crisis because their banks don’t contain any subprime assets. But that notion only scratches the surface of why Morocco will survive the shakeup. Its resource and agricultural assets are the real keys to its invulnerability.

For one, this stable, slow-growth economy relies heavily on agricultural assets, such as almonds. It could feed its entire domestic population with the food it produces, beneficial in a world of rising food prices.

Half of its income comes from valuable phosphate mines—32% of the world’s reserves–a commodity whose prices have increased 700% during the past two years (triggering talk of “peak phosphorus”).

Bad News: Morocco is heavily involved in foreign direct investment, especially from France, and tourism to boost its economy. These two assets will likely diminish because of the United States crisis.

Good News: Morocco’s natural assets, including its coveted phosphate, will keep its economy greased enough to offset any losses.

This small Eurasian country hasn’t involved itself much in foreign affairs. Banking is no exception. Its relatively undeveloped financial market has so few interests in the outside world that the crisis didn’t make a blip.

Bad News: Integration with outside markets means development for small countries like Armenia. Officials hunger to expose it more to external markets.

Good News: That same lack of exposure protected Armenia from the US crisis. It could be argued that Armenia is the least affected country of all.

Driven by regional oil exports, the United Arab Emirates boasts one of the world’s fastest-growing economies. The UK’s Guardian calls it the home of the “Arabian Dream,” the world’s new version of the spent American dream. Dubai’s free trade zone, exalted commercial real estate market, and financial services make it an international powerhouse. This growth was fueled by oil revenues, but now has a momentum of its own.

Bad News: The UAE’s international problems revolve more around money laundering than the US financial crisis.

Good News: Almost everything. The place is booming.