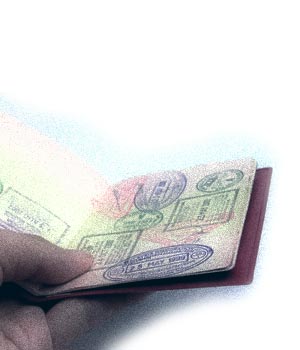 Almost everyone in this country comes from immigrant stock. Even Native Americans are said to have immigrated from Asia in prehistoric times.

Immigration is in our blood. Knowing that, it’s not terribly surprising that the bad economy is causing Americans, especially financial professionals, to seek employment abroad. From the Wall Street Journal:

The (financial) crisis, a weak economy and increased competition for available jobs are sending some professionals running for the border.

Executive recruiters say more professionals, especially those in finance, have been inquiring about opportunities outside the U.S. in the past few months. Some undergraduate finance and M.B.A. students are refocusing their job searches from Wall Street to overseas. In a number of cases, people with families say they are willing to uproot the entire clan for the sake of job stability.

Recruiters say that although many major markets are facing similar fates to the U.S., job opportunities for finance professionals in Asia, the Middle East and Central and Eastern Europe still abound. “There has been a gold rush to places like Dubai,” says Alex Alcott, partner and head of U.S. investment banking at Heidrick & Struggles, an executive search firm. He also cites Beijing, Shanghai and Moscow as other areas of opportunity for finance professionals.

Jackie Wilbur, director of career development at the Massachusetts Institute of Technology’s Sloan School of Management, says M.B.A. students are showing an increased interest in investment-banking firms in Hong Kong, London, Shanghai and the Middle East. For the first time, the school is organizing a Hong Kong job-search trip for January.

I bet we’ll see more of this during coming years.