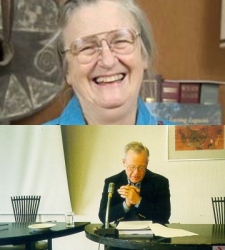 Oliver Williamson and Elinor Ostrom both won this year’s Nobel Peace Prizes in Economic Science. The New York Times has more on the research that won the professors their honors:

Mr. Williamson’s work focuses on the boundaries of the firm, and the reasons for economic activity inside of firms: Why is there so much vertical integration in the marketplace? Why don’t we all just work for ourselves and sign contracts with each other instead of working together inside of a big company?

His work argues that “hierarchical organizations sometimes dominate markets because they provide a cheaper way to resolve conflicts,” the committee writes. When two employees quarrel about how best to use resources, a chain of command within the firm — usually leading back to a single chief executive — makes the decision about who is right. In contrast, in the markets, both parties would have to keep negotiating until they reach an agreement of some sort, which takes time and money.

Would a third alternative be to outsource negotiations? Also, I’m not sure whether Williamson’s work covered this, but finding clients when you’re working for yourself is another time- and money-suck. The corporation helps in that instance, too.

Elinor Ostrom’s work had to do with group management of common resources. Her findings negate the dominance of socialism or privatization:

Ms. Ostrom’s work focuses on the commons, such as how pools of users manage natural resources as common property. The traditional view is that common ownership results in excessive exploitation of resources — the so-called tragedy of the commons that occurs when fishermen overfish a common pond, for example. The proposed solution is usually to make users bear the external costs of their utilization by privatizing the resource or imposing government regulations such as taxes or quotas.

Ms. Ostrom’s empirical research has shown that this explanation is “overly simplistic,” the prize committee says: There are many cases around the world in which common property is “surprisingly well-managed.” In these cases commons users “create and enforce rules that mitigate overexploitation” without having to resort to privatization and government regulation (which can both pose their own practical difficulties).

Ostrom found that some grasslands in Asia’s interior were governed better by groups than socialist or private concerns. One explanation for this could be that governments or companies don’t have an interest in the welfare of the individuals affected by the resource. Thus, they’ll cull it for their own advantage, rather than maximizing its utility–something a group might do to ensure the survival of its community or family.

I wonder whether Ostrom analyzed cases where groups compete over the same resource. I can’t see that competition leading to a particularly peaceful or efficient solution.