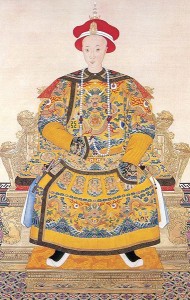 Psychology Today has a must-read article on the mental health crisis affecting China’s youth. The problem has its roots in Mao-era parents who, after giving up on their own dreams of transcending the working class, put all of their energy into raising superachiever offspring.

The result? Large numbers of disenfranchised young people who put their energy into computer games rather than taking a working-class job.

When China began limiting couples to one child 30 years ago, the policy’s most obvious goal was to contain a mushrooming population. For the Chinese people, however, the policy’s greater purpose was to turn out a group of young elites who would each enjoy the undivided resources of their whole family—the so-called xiao huangdi, or “little emperors.” The plan was to “produce a generation of high-quality children to facilitate China’s introduction as a global power,” explains Susan Greenhalgh, an expert on the policy.

The shift in temperament has happened too fast for society to handle. China is still a developing nation with limited opportunity, leaving millions of ambitious little emperors out in the cold; the country now churns out more than 4 million university graduates yearly, but only 1.6 million new college-level jobs. Even the strivers end up as security guards. China may be the world’s next great superpower, but it’s facing a looming crisis as millions of overpressurized, hypereducated only children come of age in a nation that can’t fulfill their expectations.

This culture of pressure and frustration has sparked a mental-health crisis for young Chinese. Many simmer in depression or unemployment, unwilling to take jobs they consider beneath them. Millions, afraid to face the real world, escape into video games, which the government considers a national epidemic. Official estimates put the number of Chinese Internet addicts at over 2 million, and the government considers it such a serious threat that it deploys volunteer groups to prowl the streets and prevent teens from entering Internet cafés.

In other words, Chinese kids are growing up with the same inflated expectations as American kids, but the Chinese economy can’t fulfill those expectations. Neither can the American one, for that matter.

One difference between our disappointed young people and China’s is that our parents, for the most part, didn’t grow up in stifling regimes. As we were growing up, most of us were provided for. As grown-ups, we expect to hold down a similar standard of living, but wages haven’t kept up, and old, comfortable living standards are making way for something more materially conservative.

That said, I think Chinese kids are onto something with their video games. After all, making money off World of Warcraft still counts as making money, doesn’t it?