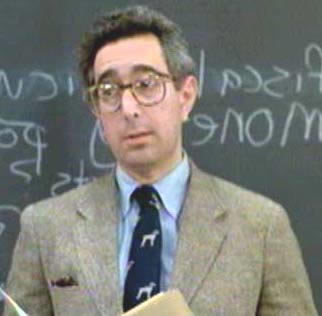 I sometimes love Ben Stein*. He posted a vitriolic commentary in the New York Times against the bailout plan:

Maybe the bailout should not be of the banks at all, but of homeowners themselves. Maybe if we make the government the buyer of last resort of homes, we will stabilize the markets, stabilize the debt associated with the markets and take the gain out of the credit-default swaps for the speculators. Yes, price would be a huge issue, but so it is for Mr. Paulson’s plan for buying debt from banks.

Why not? We do it for farmers.

I received an email forward in the same vein authored by advertising executive TJ Birkenmeier. It sounded good at first, but a math error takes all the wind out of his argument.

Still, I wonder–would it be feasible for the bailout plan to be shunted to individual citizens rather than a massive insurance agency and series of banks? It would be a massive welfare (read: Socialist, Communist, whatever) move. It would fuel Main Street’s sense of entitlement, which would be bad for the bankrupt government, but also potentially good for consumption.

Just one quick fix, and that’s it. Failed institutions go bankrupt; people are bolstered back into consumption mode. They loan money to one another if big banks’ credit dries up. They start to rebuild the institutions they lost. It doesn’t sound half bad.

Would such a thing work economically? Thoughts?

*I don’t agree with some of his views, so can’t indiscriminately love him.