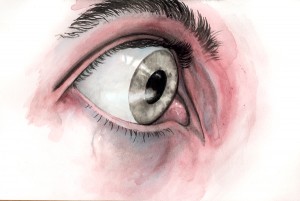 If someone put me in a white room with the word “Economy” scrawled on the wall in big red letters, I’d panic and start looking for ax murderers. These days, the word is right up there with “Red Rum” in terms of anxiety-inducing statements.

Nosing around for new insights into fear and business, I came across an article by political economy expert Robert Higgs.

Here are my favorite findings (I recommend viewing them in their original context):

—Sooner or later, every government augments the power of its sword with the power of its priesthood…now the subjects can be brought to fear not only the ruler’s superior force, but also his supernatural powers.

—…in the late nineteenth century the so-called welfare state began to take shape. From that time forward, people were told that the government can and should protect them from all sorts of workaday threats to their lives, livelihoods, and overall well-being—threats of destitution, hunger, disability, unemployment, illness, lack of income in old age, germs in the water, toxins in the food, (etc.). Nearly everything that the people feared, the government then stood poised to ward off. Thus did the welfare state anchor its rationale in the solid rock of fear.

—The government must make up for (fear’s intrinsic) depreciation by investing in the maintenance, modernization, and replacement of its stock of fear capital.

—By keeping the population in a state of artificially heightened apprehension, the government-cum-media prepares the ground for planting specific measures of taxation, regulation, surveillance, reporting, and other invasions of the people’s wealth, privacy, and freedoms.

—Do I detect a whiff of government profit in the air this week? Not that the thing was conspired–I’m not a big believer in conspiracies–but certainly someone, somewhere senses an opportunity to squeeze the citizenry even more here.

This article has convinced me that the worst-case scenario for this country would be someone who imposes their religious values on the population while installing a useless tax regime.

Good thing the religious values are left to the Repubs, and the taxing to the Dems. We can keep the two separated.