The United States is a melting pot of immigrants who travel to America every year with the hopes of landing a secure job and eventually achieving the American dream. As immigrants move into each of the 50 United States the jobs they choose to specialize in vary from state to state.

The American Community Survey is run annually by the Census Bureau and asks about many aspects of American life. The team at Business Insider took a question asking where respondents were born, and a question on what occupation the respondent has and combined them to create a very interesting look at the jobs immigrants flock to when they enter the USA.

The responses to the map were collected from a survey in 2013. All responses were processed by the Minnesota Population Center’s Integrated Public Use Microdata Series program.

Here’s the map which showcases the “most commonly held” position from immigrant workers in each of the 50 United States. 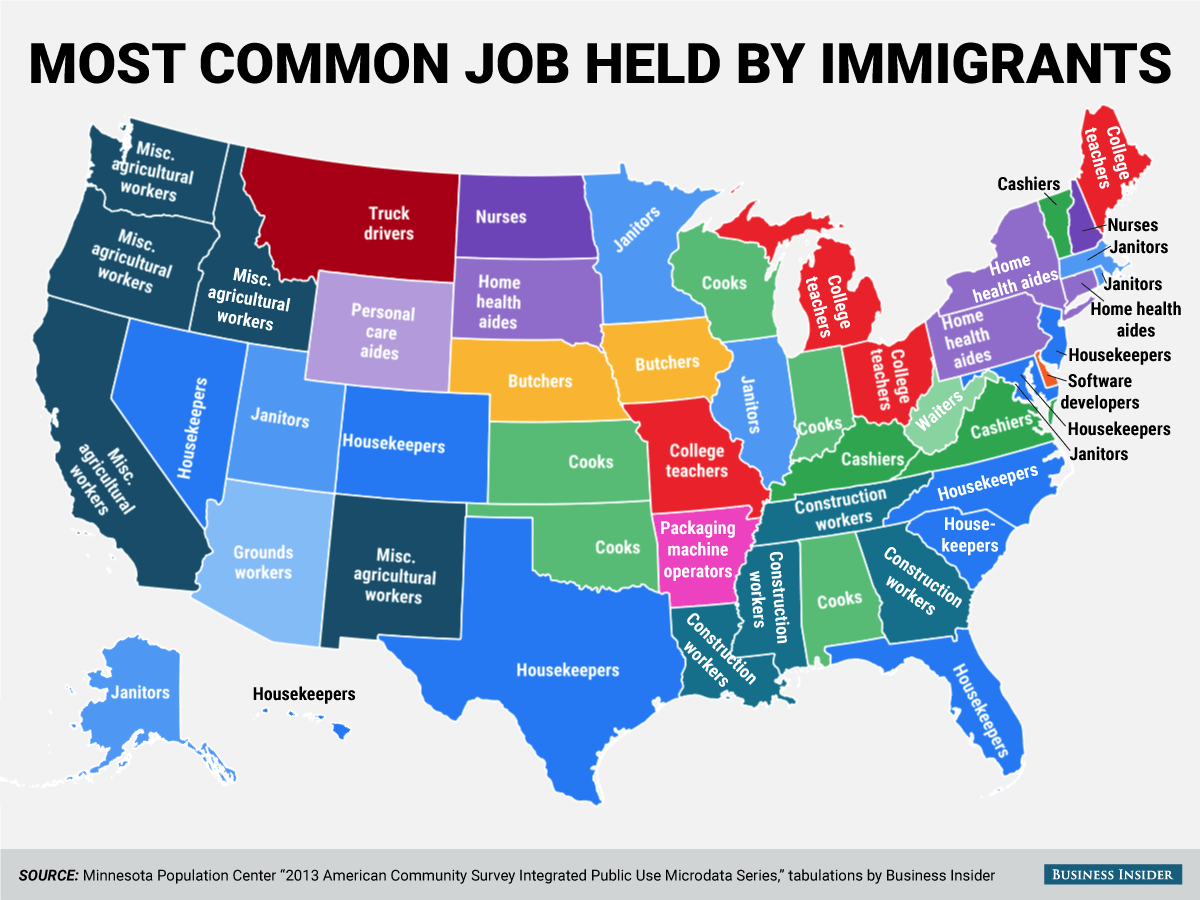