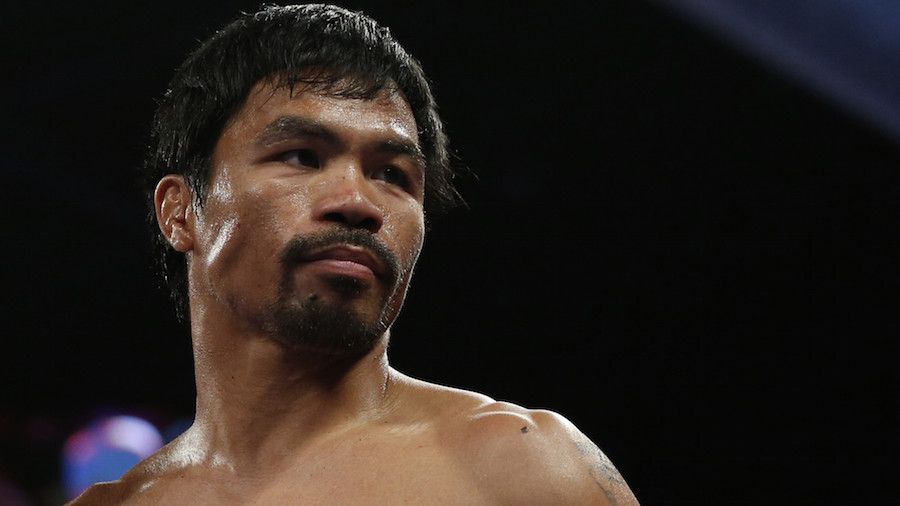 Nike has dropped Manny Pacquiao after the famed boxer said gay people are “worse than animals.”

In a statement, Nike said it found Pacquiao’s comments “abhorrent.”

“Nike strongly opposes discrimination of any kind and has a long history of supporting and standing up for the rights of the LGBT community,” the statement read. “We no longer have a relationship with Manny Pacquiao.”

The eight-time world boxing champion made his anti-gay comments while campaigning for a seat in the Philippine senate.

“It’s common sense. Will you see any animals where male is to male and female is to female,” Pacquiao said during an appearance on the Filipino station TV5. “The animals are better. They know how to distinguish male from female. If we approve [of] male on male, female on female, then man is worse than animals.”

Nike has been a huge supporter of gay rights, promoting its “BeTrue” campaign that features products adorned with the rainbow flag.

On Monday the gay-bashing boxer stood by his comments.

“I’m sorry for hurting people by comparing homosexuals to animals,” the post read. “Please forgive me for those I’ve hurt. I still stand on my belief that I’m against same-sex marriage because of what the Bible says, but I’m not condemning LGBT. I love you all with the love of the Lord. God Bless you all and I’m praying for you.”

Nike has chosen to be selective in which athletes it endorses and which it drops following controversy. After it was determined that Tiger Woods was cheating on his wife with various women and escorts, the company continued its relationship with the boxer.

In 2013, Nike even released an ad campaign featuring Woods’ comeback with the slogan: “Winning takes care of everything.”

Nike dropped Michael Vick following his conviction for dog fighting in 2007 but re-signed him five years later, noting that he “acknowledged his past mistakes.”

Ray Rice was caught on video attacking his then-fiance in an elevator and Nike quickly ended his contract.

Regardless of Nike’s past decisions, Manny Pacquiao is no longer on Nike’s payroll.