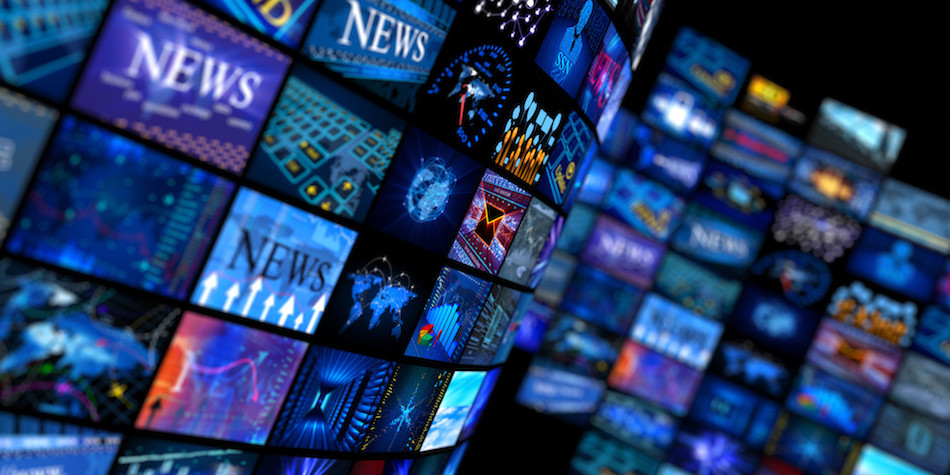 Google is regularly listed as one of the most trusted companies in the world and that trust factor has helped the company woo customers away from traditional media outlets. But it isn’t just Google that is now more trusted than traditional media. A 2013 study found that Britons trust Google more than they trust church, while Baidu is listed as one of the five most trusted brands in China, despite high levels of government regulation over content.

Data from PR firm Edelman’s latest  Trust Barometer suggests search engines are more trusted than all other forms of media, including traditional/mainstream media and online word of mouth from social media. 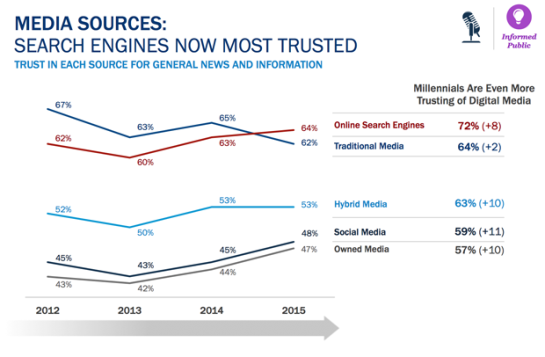 Edelman’s data shows that online search engines have continued to gain trust, while traditional media has scared off many users. Hybrid media, social media, and owned media have also witnessed increases, but not at the same rate as search platforms.

It’s not just news that is affected by the search engine trust factor. Edelman’s data suggests that trust is also higher among users who are conducting basic research into a company, industry or topic. 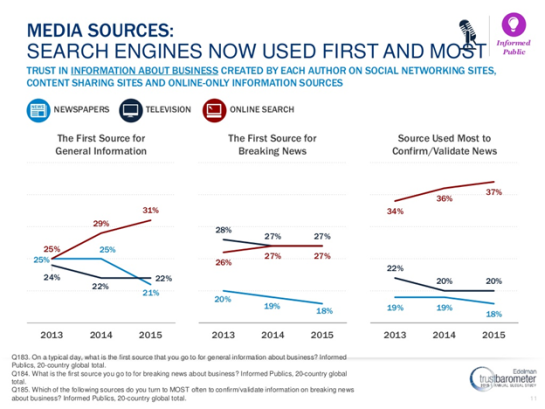 It’s not all bad news for media companies, Nielsen’s 2013 Trust In Advertising report found that viewers have increased their trust in recent years, choosing to mull over information from mainstream media, companies and brands, and through friends sharing experiences and making recommendations.

It will be interesting to see what happens now that Facebook instant Articles are about to bring hybrid media to the mainstream. The combination of Facebook and mainstream media could muddle Edelman’s findings by combining traditional media with social media.