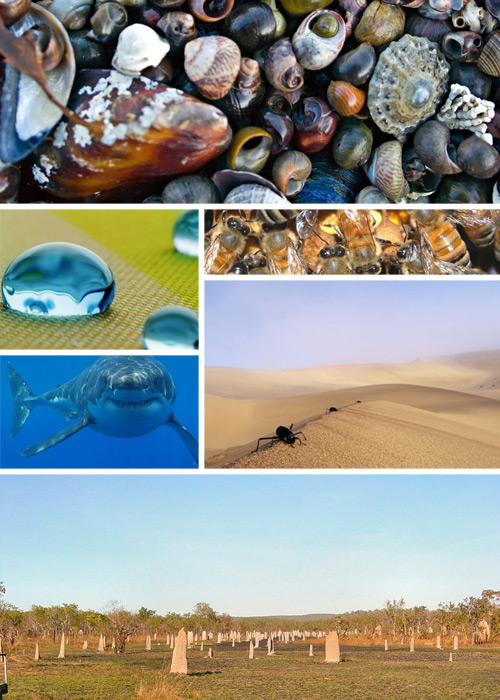 It’s not difficult to deduce that airplanes are based on birds — some of the better pilots in the animal kingdom. After 3.8 billion years and a lot of trial and error, animals have become astoundingly good at a variety of tasks (humans still take the cake in the “watching stuff and getting fat category”).  As a result, the field of Biomimicry has ballooned in recent years as scientists and companies are discovering new and interesting ways to steal Nature’s intellectual property. 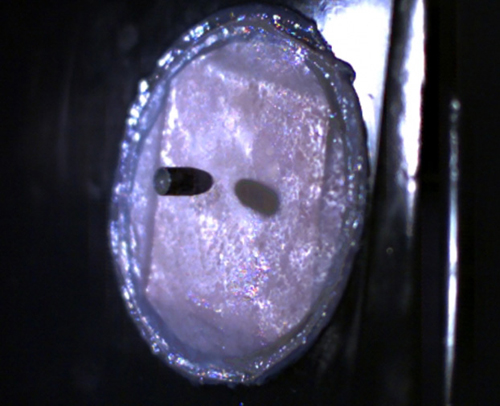 Probably since elementary school you’ve heard stories of the magical properties of spider silk.  It’s five times the strength of steel, inspired kevlar, could be used for building mammoth suspension bridges and maybe even elevators to space, who knows?  Scientists have tried several methods to reproduce spider silk on a large scale through a handful of ingenious methods, such as splicing silk-producing genes into goats to get spider-silk milk (part of a balanced breakfast).  The problem is, scientists can’t seem to get these artificial silks up to the strength of the real thing.  Mass-farming spiders like we do silkworms is out of the question as well, since spiders have a nasty habit of cannibalism.

By now you’re probably thinking, how can this technology be used to turn me into a terrifyingly powerful cyborg?  How about nearly bullet-proof skin?  By integrating spider-silk into lab-grown skin, scientists have successfully created a material capable of stopping a speeding bullet. Because this is real science and not comic-book science, there are a couple of boring caveats.  The first is the bullet in the demonstration was fired at close to half speed, meaning it won’t stop anything more than low-caliber rounds fired at very long range.  The second is, even if the bullet is stopped, the impact will likely shatter bones, rupture internal organs and possibly stop your heart.  But combined with some modern body armor and titanium infused bones (seriously) we’re talking near-indestructible soldiers in our lifetime.  Which will be handy when our robot servants get tired of fighting our wars for us. 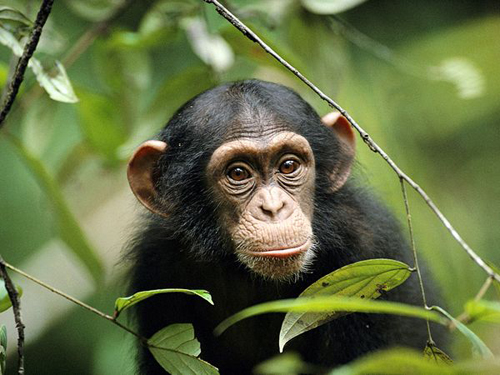 Chimpanzees have evolved to seek out therapeutic cures found naturally in their environment.  They’re so good at it, in fact, that scientists started observing the habits of sick chimps to see if they point to any substances that might have potential benefit humans.

Unfortunately, this only works for chimpanzees, as something delicious to a house cat (like its own vomit) might be toxic (or just disgusting and pointless) for humans to consume.  There’s some evidence that the technique is paying off.  Recent studies have pegged the Vernonia genus of trees–a species chimps gravitate toward while sick–as effective in fighting multiple species of parasites that are harmful to humans.  And the good news is that any medicine derived from this discovery is likely to be relatively devoid of side effects. 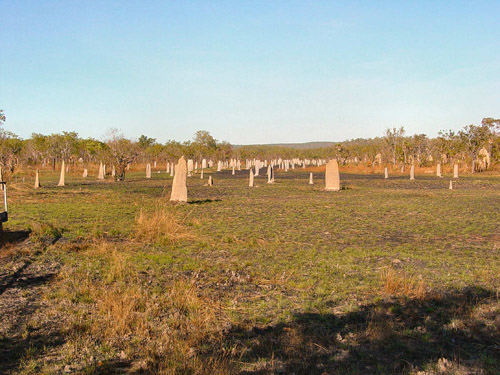 More famous for tearing buildings down, the common termite is actually superbly good at building them.  In some parts of Africa, their two to three meter high mounds dot the landscape like some sort of eerie graveyard for giants.  While 8 feet might not seem that impressive, relative to the termite’s size these mounds are roughly the equivalent of the Empire State Building, and there are thousands of them scattered across the savannah.  What’s even more mind boggling is the termite’s ability to keep these dwellings within a single degree of 31 degrees Celsius.  Anyone who has ever worked in an office can attest to this being quite a feat even with modern air conditioning.

Capitalizing on the termite’s ingenuity, scientists and architects analyzed the internal structure of the mound and modeled the Eastgate Centre in Harare, Zimbabwe after them.  Despite being located in a country where temperatures regularly spike to over 40 degrees Celsius (104 F) during the day, the Eastgate Centre remains relatively cool.  It’s unique, termite-inspired designed efficiently absorbs and vents excess heat, consuming a staggering 10% of the energy that a comparable building would.  In the first five years alone, the building saved upward of $3.5 million in heating and cooling costs.

Solar Cells Based on Leaves 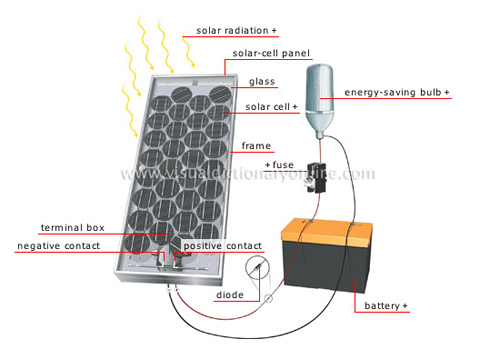 For a couple billion years now, plants have been converting sunlight into energy, and they’ve gotten pretty damn good at it.  Their “solar cells” are tough, numerous, made of cheap materials and grow back if stripped.  Compare that to human solar panels, which are expensive, unwieldy, delicate, and terribly inefficient.  Scientists are hard at work developing more efficient, cheaper solar cells, but some of the most promising research for cheap, durable solar come from just straight-up copying leaves as much as possible.

A team at North Carolina State University have developed what is basically a gel-filled bag with specialized chemicals and plant bits. There’s even a bit of Chlorophyll in there for good measure.  They’ve successfully coaxed the molecules in the gel into generating a weak electrical current, and hope to improve its admittedly low level of efficiency in subsequent designs.  Also on the table: designing a system that allows the bags to self-repair if damaged, effectively one-upping their biological ancestors. 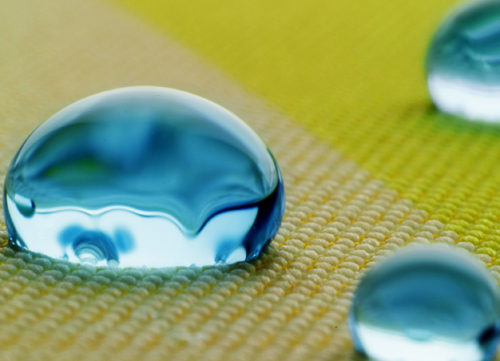 Leaves are basically the windows through which a plant receives energy.  A dirty window is going to let in a lot less energy, robbing the plant of vital nutrients.  You may not think about nature as a very clean place, but from the plant’s point of view, it’s absolutely essential that leaves stay clean and free of debris.  And in a world without any Windex, plants have come up with an ingenious solution.

The surface of most leaves, though it may seem smooth, is actually covered in near-microscopic ridges.  To simplify somewhat, this means that dirt and grime has a lot of trouble finding something to stick to, and usually ends up resting precariously on one of these ridges, to be washed off at the next rain.  Once they paid enough attention to their salad material, humans replicated this technology to create self-cleaning paint.  By mimicking the peaks and valleys on a leaf, this paint keeps leaves surfaces clean and dirt-free after the first rain.  As an added bonus, they also create a hostile environment for bacteria and fungus, and were found to host 90% fewer germs than comparable surfaces.  Now that the mechanism in plants has been isolated, companies are using it to make self-cleaning glass and concrete. 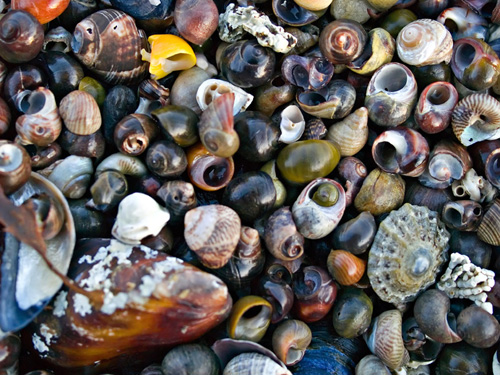 Usually environmental disasters involve a lack of something.  A lack of habitat, a lack of clean water or a lack of pandas getting it on–whatever.  Global warming, however, is caused by an over abundance of Carbon Dioxide in the atmosphere.

The solution is simple, elegant, and comes from disgusting, disgusting slugs.  Researchers correctly noticed that shells are made mostly of calcium carbonate, or basically CO2 plus a calcium and oxygen molecules.  Since mollusks are whiz-bang chemists, the reaction to convert CO2 into something that could be easily sequestered had to be relatively simple and not that energy intense.  By studying mollusks, scientists discovered a way to convert harmful CO2 into solid carbonates.  The best part is, unlike expensive carbon-scrubbers already in use, that solid carbonate that is produced can be re-sold as building material, allowing the system to possibly pay for itself over time. 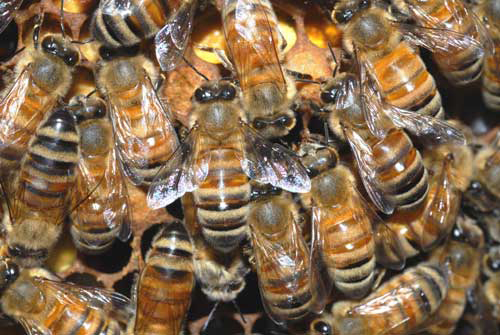 Bees are pretty simple creatures.  They spend most of their days helping flowers bone, and the rest of their time stinging things and dying because of it.  But for some reason, a hive of hundreds of thousands of bees can function as an intelligent, cohesive unit, even though not a single bee is capable of seeing beyond its own tasks or thinking anything resembling complex thought.  Millions of pollen-gathering missions are organized, carried out, and relayed back to the hive without a thought more complex than “get honey, sting large bear-shaped object”.  Welcome to the world of Swarm Intelligence.

First articulated in 1989, the idea roughly goes like this: with the proper algorithms in place, a group of stupid individuals with no knowledge of the overall system will nonetheless be able to carry out its mandates.  So sort of like elections (ba-dum tish).  People in charge of large, complex and frustratingly unmanageable systems like power grids have slowly begun to recognize the usefulness of Swarm Intelligence, and are currently using it to intelligently manage electrical loads with minimal human intervention.

Aquaporin is a Great Water Filter 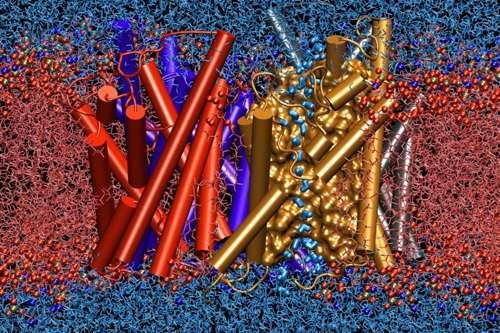 Aquaporins are a class of proteins in your cell membranes.  Their primary function is to regulate the flow of water into and out of the cell.  This is an absolutely essential function as too much water can cause a cell to burst, and too little can cause it to shrivel up like a prune.  It is also essential to maintain the correct balance of various ions and solutes for the cell to function.  Aquaporins are especially good at moving water quickly in and out of the cell, without letting anything else past.

If you can see where this is going, congratulations on still being awake (seriously that was some boring science stuff there).  Scientists have successfully replicated the structure of aquaporins for use in water filtration.  If successful, these aquaporin membranes will be rapid, relatively cheap water filtration devices that can almost perfectly filter just about anything.  Importantly, the are also capable of desalinating water, a process that right now is outrageously expensive and energy-intense. 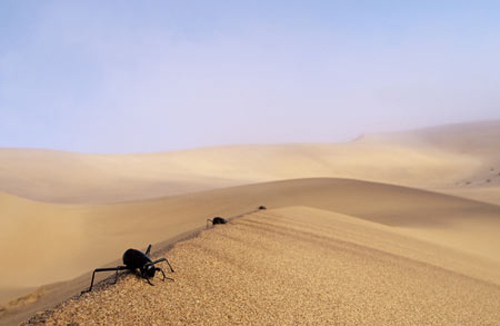 Speaking of water, filtering it is all well and good, but what do you do when you don’t have any water to begin with? The Namib desert beetle. might hold the answer.  The beetle’s exoskeleton has an ingenious system for collecting moisture in an arid region that might receive a half inch of precipitation a year.

The beetle has a unique system of peaks and valleys combined with a smooth coating that traps moisture from the air and channels it toward the beetle’s mouth.  The highly-efficient system ensures the beetle a livable supply of moisture plucked right out of the morning fog.  Scientists at MIT recognized the potential of this system in areas with little access to water, and crafted a surface made of specialized hydrophilic and hydrophobic (attracting and repelling water, respectively) combined with a “teflon-like” material to channel airborne water much like the desert beetle.  This could heavily benefit areas such as Western Sahara, where water is so scarce, it has to be shipped in at great cost from desalination plants on the coast.

Shark Skin is a Great Disinfectant 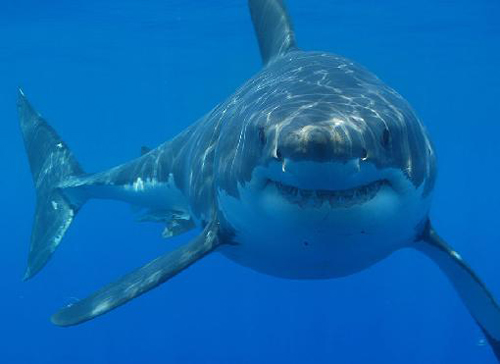 Before you go grinding up sharks Chinese wedding style, it’s not the skin itself that makes sharks strangely resistant to parasites, fungal and bacterial infections–it’s the unique surface structure. Much like the self-cleaning paint, the diamond shaped studded surface of shark skin creates an environment much like the Nakatomi tower for John McClane.  There’s no place for the pests to hide out, and moving around leads to bloody injury.

Scientists managed to replicate this structure on an adhesive film, which they hope to deploy to schools, hospitals and other places where deadly germs often propagate.  Which is great, considering a healthy person is not likely to contract a horrific, drug-resistant, flesh-eating bacteria like MRSA in their daily lives, unless they end up in a hospital.  As if sharks weren’t already cool enough. Sharkskin has also inspired swimsuits used in the 2008 Summer Olympics.