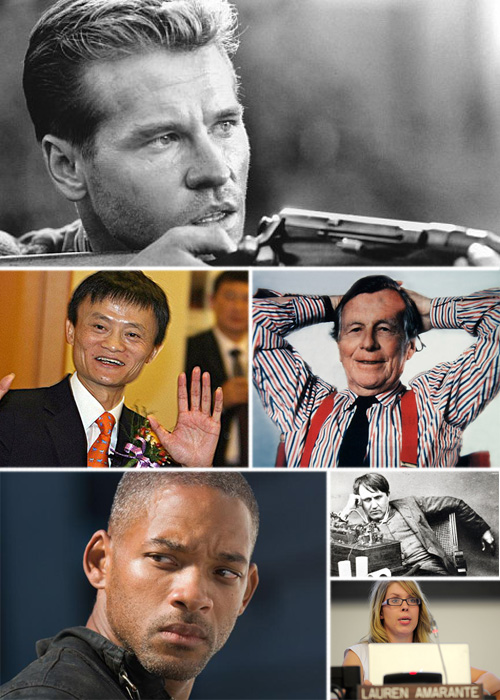 Those trying to start their own business love looking to other successful entrepreneurs for advice and guidance. It’s only natural to expect that someone with infinitely more success than you would have something intelligent to say, but emulating that knowledge may not always be the best idea. Here are the pros and cons of 13 business tips provided by famously successful entrepreneurs. 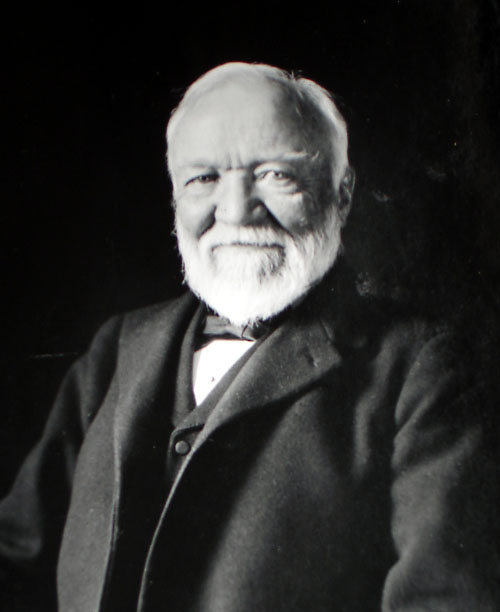 “And here is the prime condition of success, the great secret. Concentrate your energy, thoughts and capital exclusively upon the business in which you are engaged in. Having begun in one line, resolve to fight it out on that line; to lead in it. Adopt every improvement, have the best machinery and know the most about it.” – Andrew Carnegie

On one hand, this is a great (albeit somewhat obvious) piece of advice. Being the leader in whatever niche your business specializes in is always the ideal. Having the most up-to-date equipment (and being able to use it well) is one thing that keeps the business ahead of the curve, and ahead of everyone else.

However, sometimes knowing when to stop is important as well. If you’ve invested millions of dollars in something that’s only seen a profit of one or two million over the course of many years, it may be time to stop spending money on top of the line equipment or new ‘improvements’. 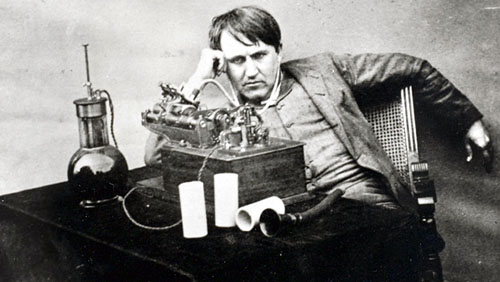 “I never perfected an invention that I did not think about in terms of the service it might give others… I find out what the world needs, then I proceed to invent.” - Thomas Edison

Edison was a nice guy and a genius. Many successful business owners are neither. Although this outlook is both progressive and one that drips of success, being an evil greedy person can be pretty lucrative as well. If you’re too stupid to think of something that would perform for the betterment of society or improve people’s lives even in a small way, you can always own a Burger King franchise or leverage the insecurities of the American people (i.e. being a life coach, selling counterfeit diet pills), to make a decent amount of cash. 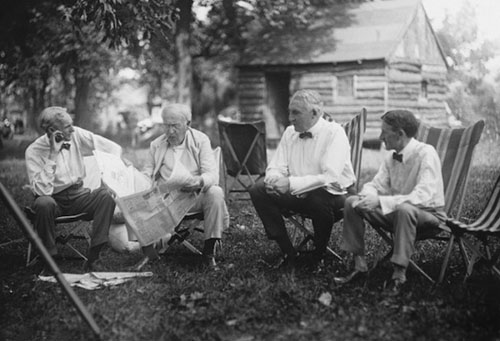 Indeed, ideas are essential to a great and incessantly thriving business. Just look at Apple: they had the ideas for all these great products, which were created and in very high demand. Then, they had the idea to release ‘versions’ of each product, trickling out new features which should have been in the original versions but were withheld in the name of making more money. On top of that, they have specially designed each product to malfunction or break entirely within just a year or two of purchasing it, forcing the buyer to pay for repairs or spend hundreds of dollars on a completely new whatever-it-was that broke.

On the other hand, ideas can be totally unimportant if you don’t have money or a track record of success to back them up. Just look at Creaky Boards and every other independent artist who ever had a song stolen. Then again, we’re talking about business and not music. In that case, there are always cases like Urban Outfitters consistently stealing other artists’ designs for their own shirts. This is only a small example of larger businesses crushing their competition by simply stealing from them. In the American justice system, the one with the most money usually wins. 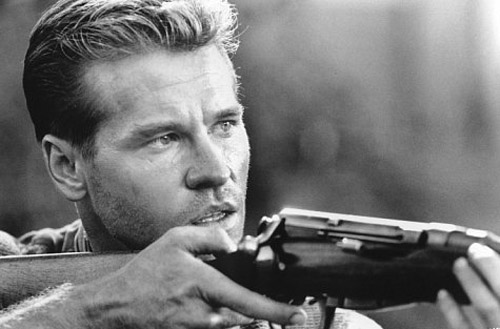 “To succeed in business it is necessary to make others see things as you see them.” – John H Patterson

It’s true, but Patterson left out the idea that a successful business often convinces people to believe or agree with something that doesn’t reflect the values or beliefs of those selling it at all. People are constantly bombarded with ads that sell the idea of happiness through consumerism. Stay connected 24/7 (every moment ever) with AT&T and stay happy. Losing weight can be fun, easy, fast, and you can still eat lots of cake while you do it! Using this Neutrogena age-defying cream will make you look younger and less wrinkly, which will make other people less frightened to speak with you, increase your self-worth and decrease your fear of leaving the house. By the way, McDonald’s is now serving ‘healthy’, ‘fresh’ smoothies and salads! 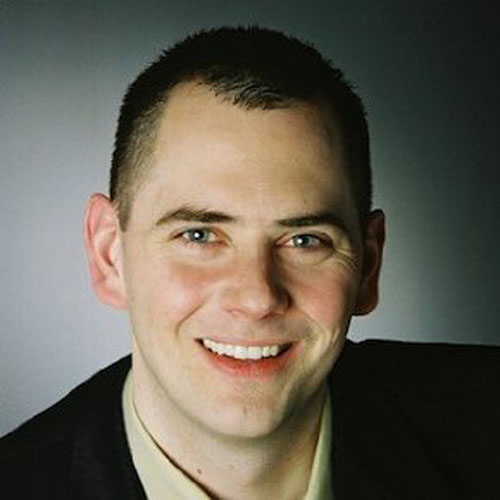 “For every good reason there is to lie, there is a better reason to tell the truth.” – Bo Bennett

This is simply not always true. Sometimes lying can help you untie a knot you’d rather not cut, and sometimes it’s just easier to avoid hurting another person’s feelings. Lying can also be helpful in legal matters, such as when you stab your ex-wife to death but also really want to continue trying to further your athletic career. 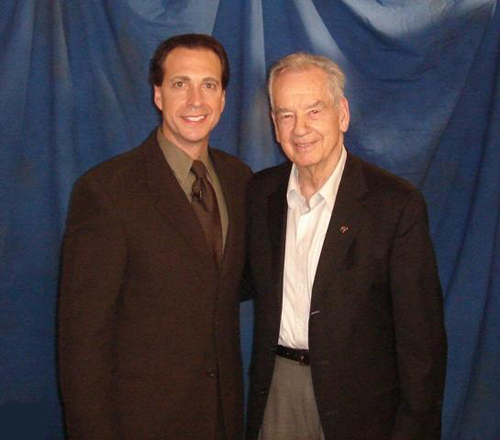 “Success is the maximum utilization of the ability that you have .” – Zig Ziglar

Sometimes, the maximum utilization of the ability one has is just being a general failure. Unfortunately, not everyone was born with the potential to be great. Some people are crappy at just about everything. It doesn’t mean they shouldn’t try to be successful or do what they like. Then again, Ziglar did say that success was doing the best you can, and not necessarily being any good at it. 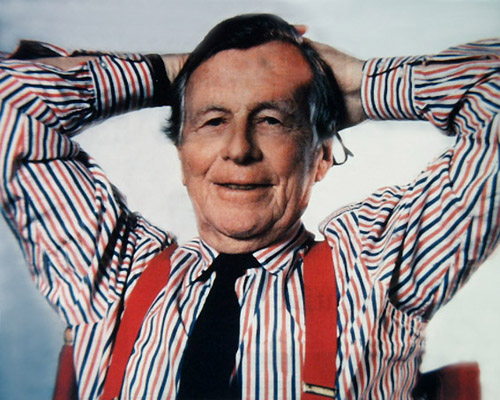 “In the modern world of business, it is useless to be a creative, original thinker unless you can also sell what you create.” – David Ogilvy

Of course it makes things a whole lot easier if a person can successfully market and sell their genius idea or product. However, it shouldn’t be discouraging if you’re an idea person without a lot of strength in sales-related areas. Finding a partner can be extremely difficult because people tend to be invested in themselves more than any business venture, and trusting as well as depending on another person to pull their weight can be a scary and sometimes disastrous thing. But once a reliable partner is found, it can be the most valuable relationship those two people may ever discover. If the two hands can create a machine in which they work simultaneously, one supporting the other, both depending on one another to move smoothly and successfully, the business can be unstoppable. 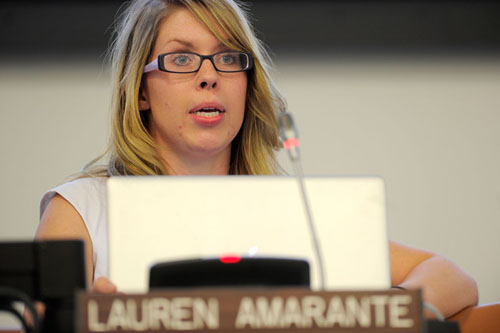 “If you’re not in an uncomfortable situation every single day, then you’re doing something wrong.” – Lauren Amarante

A successful business is forced to deal with many obstacles. While the concept of this quote — and of dealing with unhappy issues head on — is clear, it’s also okay to have a day or two pass without an intermittent desire to ram your head against a wall. Some days can be good, but most should be beneath the weight of solving new problems and expanding the business, which can be an issue in itself. 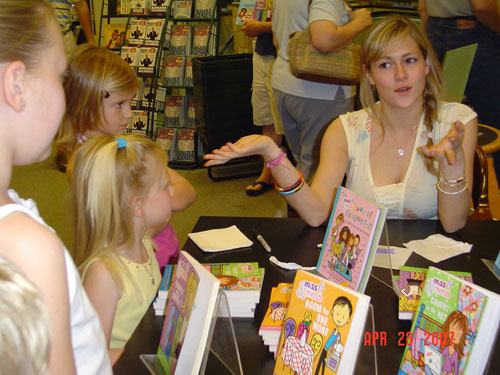 “If you can find people who think that what you’re doing is great, they’re going to do everything in their power to make it a success.” – Juliette Brindak

A great team is a team that believes in your business in the way that you do, and therefore feels invested in enhancing its success. Employees, investors and friends are much more likely to help you and your business if they think it’s a really great idea with a lot of potential. At the same time, be careful who you trust with more personal details and don’t be too eager to give away responsibility to a party just because of their enthusiasm; do background checks, get to know people, and feel comfortable trusting them first. 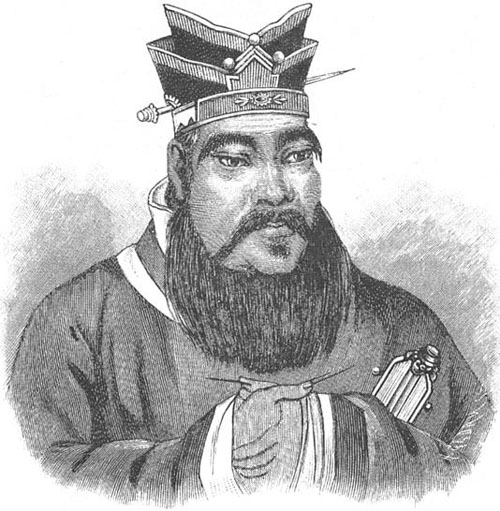 You may love your job so much that you never even think about pursuing anything else, ever, but doing something that you genuinely love doesn’t cut out the unpleasantries of work. Especially in a new business, the business owner will have to conquer tasks they really do not like. Part of being successful is having flexibility and the willingness to put time and effort into all aspects of a project — whether you like them all or not. Besides, resolving to dedicate time and effort to unappealing tasks can only strengthen your knowledge and ability. 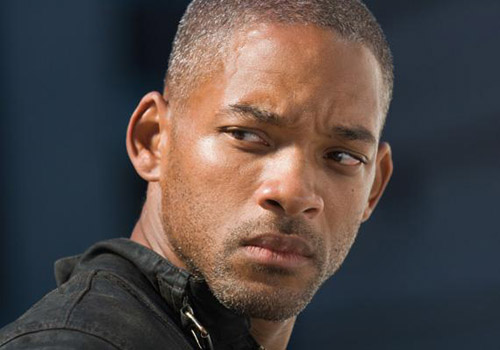 “Being realistic is the most commonly traveled road to mediocrity.” – Will Smith

Yes, refusing to use your credit card for the sake of your business because you won’t be able to pay it off right away may be a boring choice that requires no risk and, therefore, has no big payoff. Denying your business other things it may need to stay ahead of the curve for the sake of money or staying low-risk is not going to end in a multi-million dollar payoff. However, it is sometimes a better idea to be ‘realistic’ rather than blow all your funding on a genius whim, or rashly investing in a last-minute chance that would have waited while you got a little more educated about it and the stipulations surrounding spending that money. 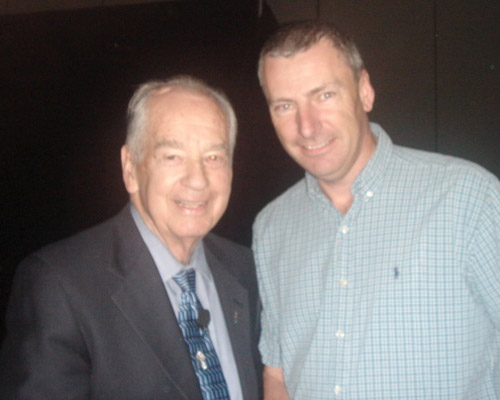 “Money won’t make you happy… but everybody wants to find out for themselves.” – Zig Ziglar

Just tell that to the millions of poor people who slave away on minimum wage jobs, sometimes two or three at a time, whose meager salaries hardly support their families. The concept of this quote is solid: don’t have money be your only goal. Having a lot of money but being forced to do something you hate isn’t going to make you happy, and money as the main objective doesn’t exactly make a productive work environment either. While keeping that in mind, it’s also important to note that money would definitely make many unfortunate people a lot happier for the simple reason that their quality of life would improve from struggling to making ends meet. 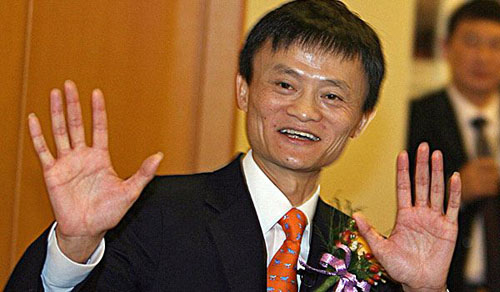 “Forget about your competitors, just focus on your customers.” – Jack Ma

He has a great point. Customer service is key. When a customer has a great experience with your business, they’ll want to share that information with their friends. Word-of-mouth is the most valuable type of advertising there is; firstly, it’s free. Second, no one trusts billboard ads, commercials, or catchy taglines as much as they do their own friends and families.

However, it’s also important to consider your competitors. Looking at what they’re doing may give you new ideas about improved products, let you see what has already been done, what works and what isn’t working. You can look at their customer service ratings and see what people do and do not like about their services. Although it won’t solve all your problems and copying another company is definitely not the idea, examining the competitors can give you important insight and help you to avoid certain mistakes before you make them.