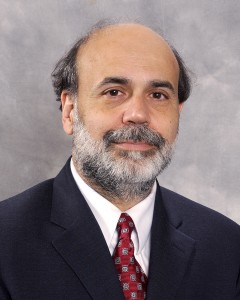 The Fed today offered global insurer AIG (Ailing Insurance Giant?) an $85 billion loan in exchange for a nearly 80% stake in the company.

The fourth such rescue in a matter of months (if you count Fannie and Freddie as two separate entities) has the media invoking even more Great Depression analogies than usual, while commenters either rail at the Fed for being a bunch of socialists or spew Doomsday predictions.

I’d like to offer both commenters and the media an idea: The Fed is continuously intervening in the banking crisis, propping up dominoes, because let ’em fail approach didn’t work in the 1930s.

Fed Chairman Ben Bernanke, a monetarist, believes that the Fed contributed to the Great Depression by not taking action. As a result, the nation’s monetary supply contracted, which Wikipedia claims would have resulted in a run-of-the-mill recession, except that:

…some large, public bank failures, particularly that of the Bank of the United States, produced panic and widespread runs on local banks, and that the Federal Reserve sat idly by while banks fell.

With significantly less money to go around, businessmen could not get new loans and could not even get their old loans renewed, forcing many to stop investing. This interpretation blames the Federal Reserve for inaction, especially the New York branch. (Sources: Paul Krugman and author Griffin G. Edward).

Bernanke knows the history of the Fed. He learned by example; now that the same example has come around again, he’s taking action where his forebears failed. AIG is a key bank that cannot be allowed to fail. Lehman and Merril Lynch were small enough to fail.

If you want to know who the Fed’s next rescue will be, just look at size. I’m betting on WaMu.

To all the media invoking “since the Depression” language–in the case of the banks, let’s just assume it’s happening again. And hope we’re doing it right this time around.