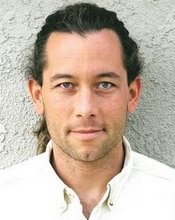 We’re in a water crisis.

Before I talked to economist and creator of Aguanomics David Zetland, those two words–water + crisis—made me scratch my head.

I’ve visited developing countries with water problems in the past. In many of those places, water trucks refill tanks located on the tops of buildings, and consumers have to haul their daily dihydrogen monoxide home in buckets. Here in the States, however, there’s plenty of water flowing from our taps. All the time.

According to Zetland, that illusion of plenty–endless water flowing from our taps–is part of the problem.

Business Pundit interviewed Zetland, who was recently been featured in Forbes and on Fox Business News, to get a primer on the water crisis—and how to solve it. Below are notes from the interview.

(Ed.: I organized these by category rather by Q&A. This is basically a transcription)

Our demand for water often exceeds supply. When that happens (as in Las Vegas and Atlanta now), a small imbalance can inflate into a crisis.

What do we mean by crisis? If a watershed is storing less than a year’s worth of water, groundwater is falling fast, and rain isn’t coming, it’s a crisis.

In situations like that, people MUST change their consumption behavior if they want to be able to live there in 2-3 years. 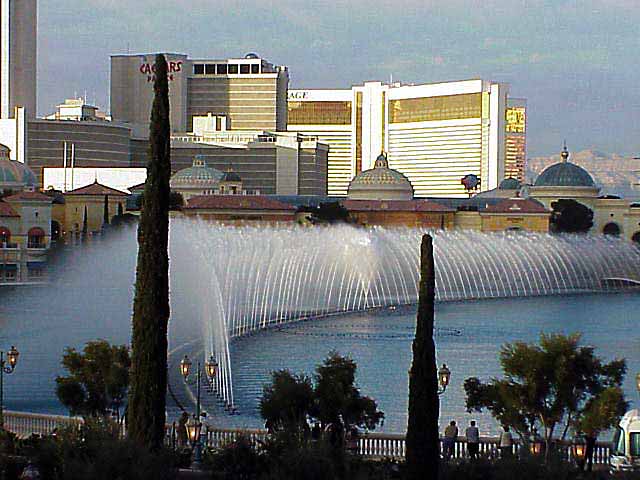 Las Vegas has been on the edge of crisis for years. Although the city is one of the most efficient water users in the country, its major water source is close to depletion. Vegas is trying to get more water by building an aqueduct to bring groundwater from rural Nevada, but that solution is neither sustainable (Vegas will be mining the water) nor ecological (the exporting area will lose its water supply).

Demand from metropolitan Atlanta is also causing trouble for neighboring states in the Southeast that claim Atlanta is taking more water than it should.

Southern California gets its water from the Colorado River and northern California. The region is in a bad drought. If it doesn’t rain this winter, red lights are going to be flashing even brighter.

Most of the Colorado River Basin is in a drought, and it’s not getting better. Colorado’s Front Range, where Denver is located, doesn’t have much water. Denver and other areas import water from the other side of the Continental Divide using a tunnel bored through the Rockies. Water exporting areas are worried that their future is flowing into that tunnel.

In all of these areas, it’s necessary to make changes in the way water is managed. If we don’t make changes, people and businesses will suffer from less-reliable water supplies (rationing!), farmers’ water will be seized (emergency!), and the environment will be screwed (dry riverbeds!).

HOW DID THIS HAPPEN?

Back in the old days, there was enough water for everyone. Cheap water was (and is still) used as a development tool. Landowners love cheap water: It makes worthless land valuable. Governments love it because development brings tax revenues and power.

The first programs gave water to farmers who settled on the frontier. As frontier areas developed, the demand for water grew, but there wasn’t enough. The government got more ambitious – developing water for agriculture through megalomaniacal engineering projects. People wanted to reshape the West, make flowers bloom in the desert. (ED: For example, the Central Valley Project (CVP) delivers water to California’s Central Valley, a semi-arid desert. It provides half the water for the agricultural industry there, which accounts for about 2-3% of gross state product. It’s also heavily subsidized.)

Urban demand grew at the same time around this “enough water for everyone mentality.” For example, the Southwest is now home to millions of people who depend on imported water (and air conditioning!). You can find similar examples of unsustainable living in the Middle East, tourist resorts on islands, and, most recently, in China.

These crises result when too many people and farms exist in areas not naturally capable of supporting them. After many decades of “hydro-growth,” people are unprepared to change their lifestyles. Meanwhile, supply becomes increasingly stretched–until it snaps. 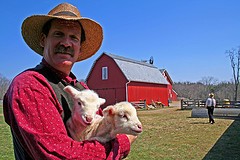 Although “The People” own the water, farmers own most of the rights to use that water. In the US, agriculture consumes about 75% of the developed water supply, with the rest going to urban areas.

Farmers’ water rights are strong, but they can be of limited use. Although some farmers might prefer to “farm water” (sell water to cities), they are often prevented from doing so.

Some laws state, for example, that a farmer who does not use his water will lose his rights. It’s in situations like this that we see farmers flooding the desert to grow grass while municipal water providers are fighting to get water for their customers.

Even worse, farmers with vague rights may face shortages or rationing. Shortages can result when too many farmers tap the same aquifer (too many straws in the glass); rationing may result when imported supplies are cut. Farmers who can’t get water at any price may have to cut down an avocado orchard to keep remaining trees from dying of drought.

Zetland proposes that wholesale auctions be used to allocate water among urban, agricultural and environmental uses. After that allocation, he proposes that urban areas use “conservation pricing” to limit demand to available supply. Agricultural users, on the other hand, have the capacity to allocate their water supplies through a second set of auctions. (Environmental water presently just flows down the river…)

Note that wholesale auctions would only sell sustainable quantities of water, so that (minimal) environmental flows and aquifers are maintained. (Environmental interests may want to buy more water for “restoration” or “augmentation” at auction.)

By a sustainable yield, we mean that there’s no water shortage if what goes out equals what comes in. If you sink a well and take water out at the same rate it comes back to surface, that’s sustainable. If you take water out faster than that, you’re mining water, which means that your renewable resource disappears and the land is uninhabitable.

Why auctions? Because they are the easiest way to ensure that water reaches its highest and best use. Consider these facts:

Moving water from agriculture would increase water supplies for urban dwellers, at a market-appropriate price. Some farmers, for example, can make more money selling water than farming low-value crops like alfalfa, hay, or cotton. The water they own would be put on the market, and consumers, other farmers, industries, businesses, etc. would compete for that water in an auction. Of course, a bidding war for water is likely to increase prices – and higher prices will signal that water should be treated as a precious resource.

I propose a system where every person gets the first 75 gallons, or 1.5 bathtubs, per day for free but pays $5.60 for each 75 gallons after that. Under my system, the monthly bill for the average household of three would come to $95.

Most families will respond to higher prices by using less, so their bill will not be three times today’s low price. (Those who use less than their “lifeline” allocation will pay nothing at all.) As higher prices reduce the quantity demanded (a la $4/gallon gas), water supplies will stretch farther.

If we had a reasonable price on water, we could have a sustainable water supply everywhere, forever.

People will have 100% reliability IF they are willing to pay. If businesses want reliable water, they pay. If poor people want to use water for more than drinking and sanitation, they pay. If a guy wants to irrigate his golf course, he pays A LOT.

The food supply would shift to higher value crops (less alfalfa and more broccoli). Food prices would go up, but they would reflect the true cost of growing food, not the subsidized cost from unsustainable practices.

Zetland is working with farmers to test auctions for reallocation of water within irrigation districts. He is also pushing for urban price reform (he says the tide is going in that direction). One driver for urban price reform is political necessity: Cities won’t be able to approach farmers until they are efficiently managing their own supplies.

The general population has mixed reactions to his proposals. Although some think that water should be subjected to even stronger market forces, the majority find it hard to put a price on water.

“Water is a very emotional subject for people,” he says. “They don’t want to use markets for allocating water, but if they don’t there won’t be any.”

David Zetland, PhD, is a S.V. Ciriacy Wantrup Postdoctoral Fellow in Natural Resource Economics and Political Economy at UC Berkeley. His blog is located at Aguanomics.com.