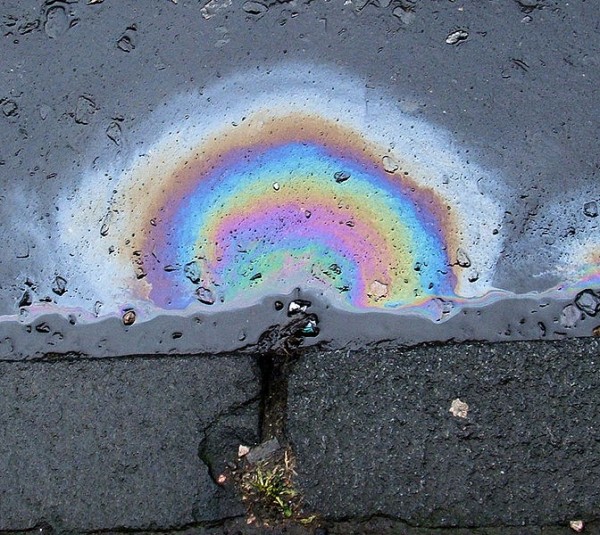 Libya exploded last night. Protesters, tired of not seeing their country’s wealth trickle down, burned and looted in Tripilo, the country’s capital. At least 200 people are reported dead, and Dictator Moammar Gaddafi’s son warned of anarchy if his father is overthrown (looks like it’s already arrived). Libya is the world’s twelfth-biggest oil producer, and oil is at a 2.5-year high today. Zero Hedge sums it up:

…output at one of the country’s oil fields reported to have been stopped by a workers’ strike, BP has said it will soon begin evacuating some of its personnel from the 9th largest producer of oil. And just to complete the total chaos, Iran warships are now going to pass the Suez on Tuesday instead of today, to the full glory of a fully open US stock market. The result: gold over $1,400; silver over $33.50; Crude front month over $93; Brent (crude) over $105; etc. Luckily, the US stock market is closed, meaning all this will be “priced in” by tomorrow

Brent crude oil is highly desirable as a diesel fuel and petrol source, according to the BBC. Commodities traders also like it for this reason. So even if Libya doesn’t produce the most oil in the world, its oil is very good and comparatively powerful on markets.

Europe is Libya’s biggest customer. From the BBC:

Brent crude jumped 1.75% in early Monday trading to $104.25 a barrel, its highest level since before the 2008 financial crisis. European energy companies are evacuating some staff from the country, which is a major oil and gas producer for the European market….Italy buys about one-third of Libya’s oil and gas exports, making it the country’s biggest customer by far.

OMV, along with Royal Dutch Shell and Norway’s Statoil, have all said they are repatriating some or all of their non-local staff. BP also intends to evacuate some of its 140 employees from the country. Only 40 of its Libyan staff are expatriates. A BP spokesman said that the UK firm was monitoring the situation and “making preparations to evacuate some of the families, and some non-essential staff in the next day or two.”

Commodities markets are worried about more than just Libya, with the threat of unrest escalating in Iran – the second biggest oil producer in the Organisation of Petroleum Exporting Countries (Opec). There is nervousness that even Opec’s biggest producer, Saudi Arabia, may yet succumb to instability, although the autocratic regime there has yet to witness any protests. Libya is responsible for only 2% of all oil production worldwide, although its share of the European market is estimated at 10%.

The Guardian has more on the Libyan government’s international economic exposure, which, thanks to close ties to Italian demagogue Silvio Berlusconi, is heavy on Italy:

Libya’s vast oil reserves have enabled it to invest more than $70bn (£43bn) around the world – making it a major shareholder in companies such as the Financial Times, Fiat and Juventus football club. The Libyan Investment Authority (LIA), the crisis-stricken country’s main financial vehicle, spent £224m on a 3% stake in Pearson, the education group behind the Financial Times, last June.

(Italian investments) include a stake of about 2% in Fiat, 7.5% of Juventus football club, a 2% stake in – and joint venture with – Italian aerospace and defence group Finmeccanica and 7.5% in UniCredit, the bank.

Italian stocks are leading current losses on European markets. Crude futures for March were up to $89.30 a barrel in European markets today. “‘Compared to Tunisia (a minor crude exporter) or Egypt (not an exporter but a transit country), instability in Libya is a major concern to the oil industry,’ said analysts at JBC Energy in Vienna,” according to the Canadian Press.

If increased oil prices are good news for anyone, it’s the Gulf States, which are already recording multibillion dollar budget surpluses as a result of recent price increases. But with regional instability the way it is, nobody’s going to be able to accurately gauge the full economic fallout until everything has settled down again, a process that may take months, or even years.