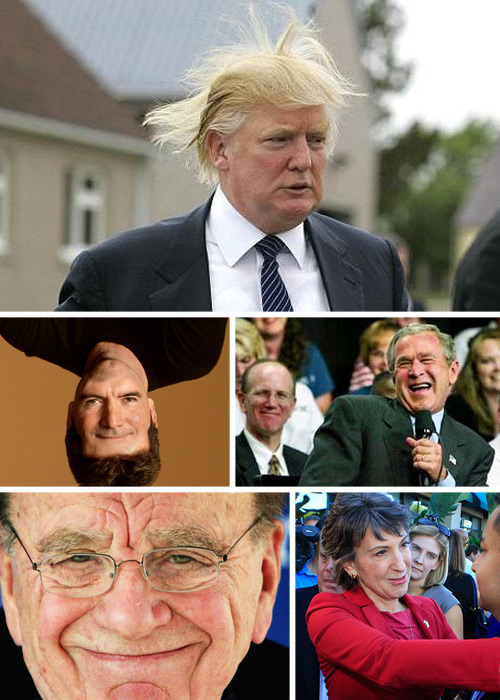 As American children, we are told that people are often wealthy because they are hard workers who built empires on boot straps and elbow grease.  As we get older, we realize that there is an even more important component of success in America: connections, and pretending you are successful and lying until enough people believe you.  If you learned this lesson after 2003, “then start a reality show” pops up somewhere in there.  For all our talk of head-down hard work, some of the most recognizable entrepreneurs in America are rank phonies who were handed billions of dollars on silver platters and used it to wipe their ass, saying “I heard Bravo’s into edgy shit like that”. 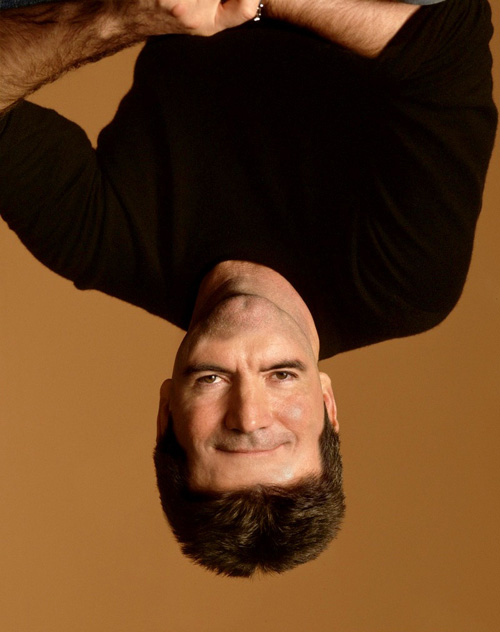 Simon Cowell was the face of British snark for much of the Aughts.  His put-downs and insults of American Idol contestants are nothing short of legendary, and somewhere in the process he created one of the most popular shows in American history.  American Idol regularly puts its time slot to shame by garnering viewers by the tens of millions.  The songs and artists that come out of American Idol have produced numerous chart-topping hits and netted Cowell’s label millions.

If by this point you’re thinking of Simon Cowell as some sort of genius who worked his way up from the mail room to spearhead a titan of a TV show and record label, you’re actually kind of correct.  But that’s only because, by all accounts, Cowell was an insufferable twat for his entire life and the mail room was the only position even his rich and well-connected father could get for him.  Cowell’s father eventually flexed his muscles again, netting Simon as position as an assistant to a high-ranking executive at A&R.

It is true that Cowell deserves some credit for his successes beyond this point, not the least of which was American Idol.  But to the rest of us who could only get an entry-level position at a record label through clandestine liaisons in the mens’ room, the point remains that Cowell’s monumental arrogance and general douchebaggery would have gotten him precisely nowhere without his father’s intervention. 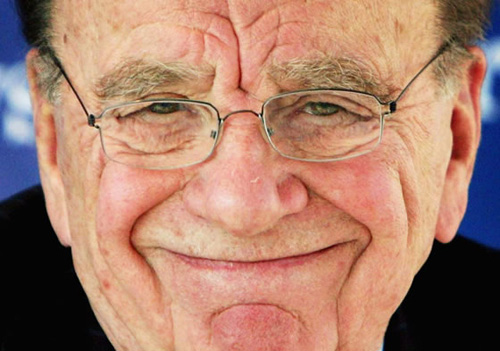 Like most Australians, Rupert Murdoch reminds us why we shouldn’t allow Australians to own property, have equal rights, or infect our dreams with their terrifying wildlife.  Unfortunately, because of several tenants of the Geneva Convention and that annoying concept of common human decency, we’re forced to give these special little denizens of the southern hemisphere an equal shot.  This despite their apparent homicidal bloodlust for the English language.

That aside, Murdoch has managed to build a veritable empire of news media, which owns just about everything ever, except those liberal rags.  Valued in the billions of dollars, Murdoch is best known in America for spawning the laugh-fest known as Fox News, and acquiring the Wall Street Journal in order to turn its once-respected opinion page into Karl Rove’s blog.

But despite the Fox News love of America and hard work, Murdoch was born into the newspaper industry, and groomed to replace his father at the helm of News Limited from a young age.  Following his father’s death in 1951, Murdoch took over operations and gradually steered the business to becoming one of the largest news organizations in the world.  He may have been born with a silver spoon, but Murdoch worked hard to turn News Limited in the bloated, scandal-ridden embarrassment it is today. 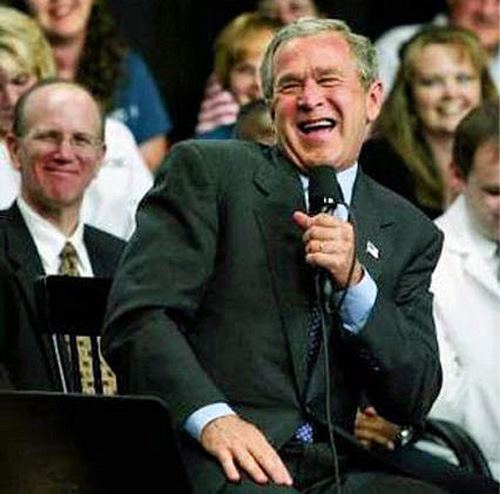 George W. Bush is an international man of mystery, going by many names such as “Worst President of all Time”; “The Precocious Scamp We Love to Hate”; and “Generally Not That Good at Business”.  Before he was elected president of Texas and then president of the neighboring United States, Bush had quite a stint in the oil industry.  And by “stint” we mean he made a habit of running a company into the ground, selling it, running the company he sold it to into the ground and generally not giving a crap because his father was president of the United States and their family had gobs and gobs of money.

Okay, so making fun of George W Bush is like shooting fish in a barrel.  Wait, it’s actually easier than that;  it’s like shooting a fish in a Solo cup (and also the fish is a humpback whale).  That doesn’t change the fact that every business venture he embarked upon wasn’t done through hard work or shrewd business acumen.  Nope, they all basically consisted of him getting a bunch of his father’s friends and wealthy Yale alums to pony up a couple million dollars.  Though, in all fairness, this was probably all a good dry-run for the bank bailouts. 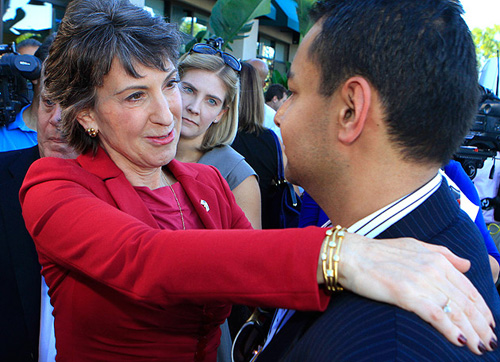 Probably the only person on this list you’ve never heard of, Carly Fiorina was once considered one of the most powerful and accomplished businesswomen in America.  Fiorina began her career as a management candidate at AT&T, and quickly rose through the ranks, overseeing the spin-off of Lucent.  Remember when their labels used to be on every phone you used in the 90s?  Phones.  Those things with the cords that go into the wall that you can talk on.

In short, Fiorina was a successful executive and was eventually picked to head HP in 1999, becoming the first woman to head a Fortune 20 company.  It was roughly around this time that Fiorina bought into her own hype and started grandstanding around the lecture circuit while trying to shove a highly unpopular merger with Compaq down the board of director’s throats.  Try to think back to the last time you bought an HP or Compaq computer and you can guess where this story is heading.

Fiorina managed to get the Compaq deal approved, and both companies proceeded to immediately tank.  The combined company quickly became the largest personal computer manufacturer in the world, and just as quickly lost the title as sales plummeted.  Fiorina had used her considerable power and fame to ascend to HP and work the Compaq deal despite repeated objections from experts in the company (including the son of co-founder William Hewlett), but these traits couldn’t save her from getting booted off the board in 2005.  Almost immediately, stock prices rose and the company quickly regained its status as largest personal computer manufacturer in the world. 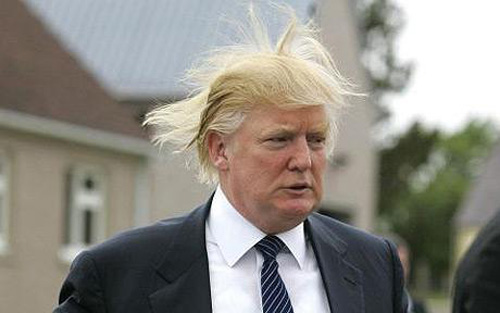 It is a testament to Donald Trump’s greatness that in an America filled with Kardashians, Jersey Shore and Michael Bay, he still manages to stand out as a complete and utter phony.

Trump got his start, like most of the phonies on this list, by investing in real-estate with his rich daddy.  He eventually spun this venture into retarded catch phrases and gigantic money-losing phallic emblems to himself.  After promoting himself and losing hundreds of millions of investors dollars, Trumps favorite activity is talking about how much money he has.  This started way back in the 90s, when Trump started bragging about being worth a cool billion, despite having less money then you probably do now.

Forbes recently valued him at around $200 million in net worth, which is certainly no figure to shake a stick at.  Donald Trump, however, has no problem shaking his stick at that number, brazenly claiming that he’s worth $7 billion.  With a “b”.  According to Trump, all those extra zeroes are the result of his “brand” which he values at around $3 billion and the rest of us value at “oh ew. ewwwww. grooooosssss.”

To round the shameless self-promotion off, Trump decided recently he wanted to be the almost-republican nominee.  He shot to the top of the running with his ceaseless attacks on Obama’s claims of citizenship.  When asked about the quasi-racist nature of his ultimately failed campaign, the Donald kept it classy and replied, “I’ve always had a great relationship with the blacks.”